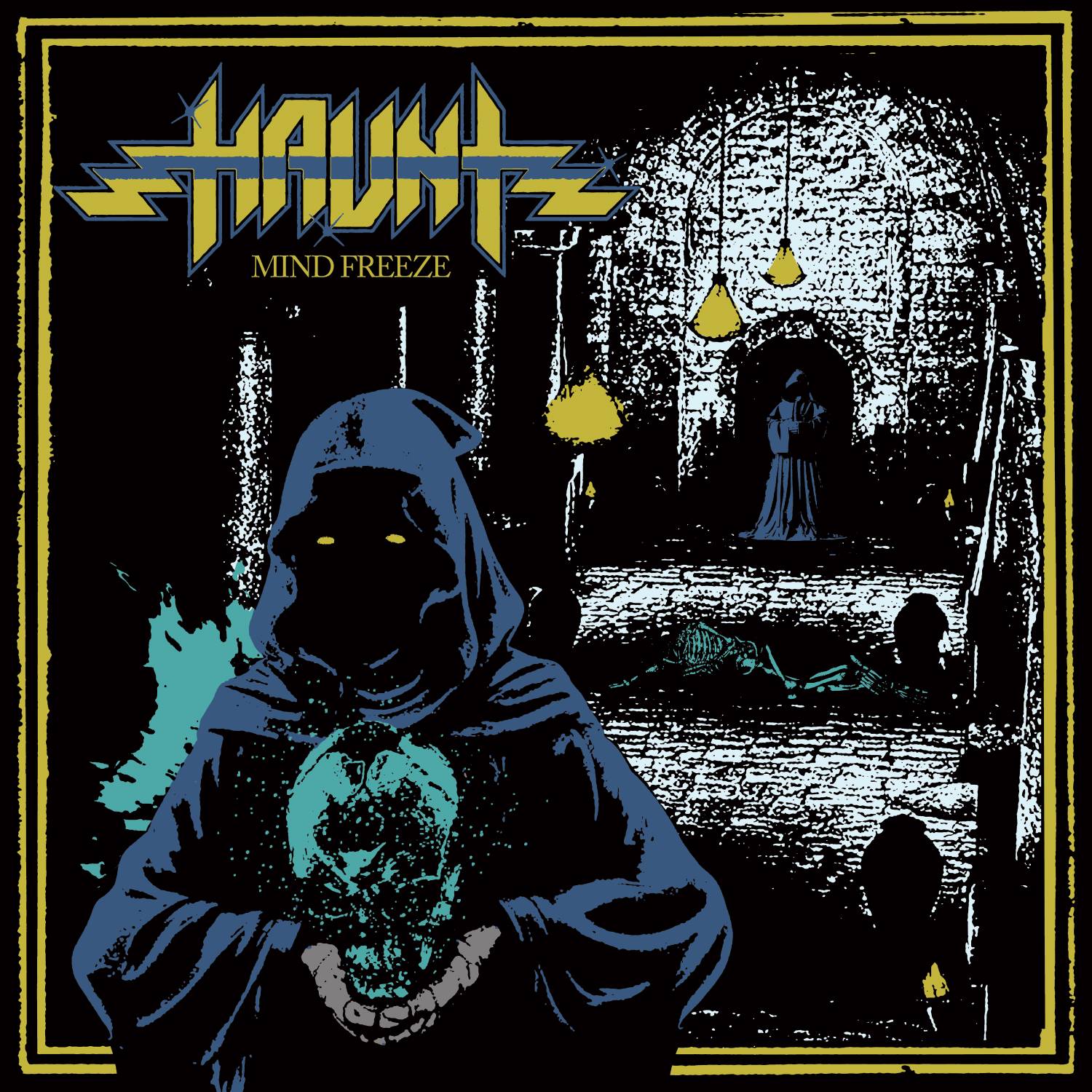 Haunt came seemingly from out of nowhere with their storming Luminous Eyes EP in 2017 and have maintained a furious work-ethic ever since. Their addition to the onslaught of traditional heavy metal from a new generation (with a dash of ‘70s hard rock to keep the melodies alive) has been exciting, their two full-length albums (2018’s Burst Into Flame and last year’s killer If Icarus Could Fly) blasts of leather-and-steel excitement that have kept their audience both satisfied and eager for more. Beyond all the HEAVY METAAAALL!! aesthetics that they bring to the table, their focus is always on the songs and ensuring that the music is top priority, a ball that some of their peers have sadly dropped.

With each release, they seem to up the ante and push themselves to keep the sound fresh and tasty, and Mind Freeze is no exception. There now seems to be a healthy dose of American power metal building the epic factor, and there’s even a prominent ‘80s hair metal synth influence that adds to the retro atmosphere, both of which seem to be major building blocks in Haunt finding their true sound. Compared to their previous work (all of which has been stellar, mind you), this album feels like a turning point, a record that will be seen as the true beginning of a great band.

Check out the headbanging video for “Mind Freeze” here:

“Light The Beacon” opens up the record with glorious fireworks, all balls-to-the-wall fury and imbued with a chorus that sticks like melted mozzarella (and yet, not cheesy at all). It has all the elements to make it the perfect live song, a sonic monster that will see fans screaming the lyrics amongst a flurry of hair and denim, pretty much everything you need in a heavy metal song. From here, the album hits like Mike Tyson in his prime from track to track, relentless in attack but with a stylistic approach that puts them apart from the ‘mindless riffing and repeated choruses’ crowd. The title track is loaded with Maiden class and tact, “Divide And Conquer” straps on the studded armband and battle jacket with horns raised to the sky, and songs like “Have No Fear” channel The Ultimate Sin-era Ozzy, the whole album a well thought-out lesson in what it means to make classic heavy metal in 2020.

The production is, once again, an improvement on previous outings with the percussion hitting harder and the vocals just in-your-face enough to push the songs to the edge. The balance sits comfortably to allow the synths and build-ups the space to take each song to its necessary zenith, and there’s a genuine feeling that the band are trying to further heavy metal as a genre instead of aping their heroes and becoming stagnant. Trevor William Church’s voice is stronger than ever, the guitar riffs are meaty and the leads fluid and melodic, the bass lays down a crystal-clear foundation of weight, the drums hit like a relentless summer storm, and the interaction of the players is testament to their tightness as a team and their focus on the tunes. The recording is also retro enough to remind the listener of classic metal but open and strong enough to rip your speakers apart. And man, that hits the spot.

Want more? How about a full stream of the whole album? You’re welcome.

As mentioned, this album feels like the springboard for the group’s future endeavours, a transition from solid metal to something perhaps new and mind-blowing. Whether they live up to the task remains to be seen, but their track record is consistent enough to allow our hopes to be raised and look forward to what comes next. Haunt are a band to watch closely, and Mind Freeze, one of the first trad metal releases of the year, looks to remain one of the top albums of 2020. Believe it.