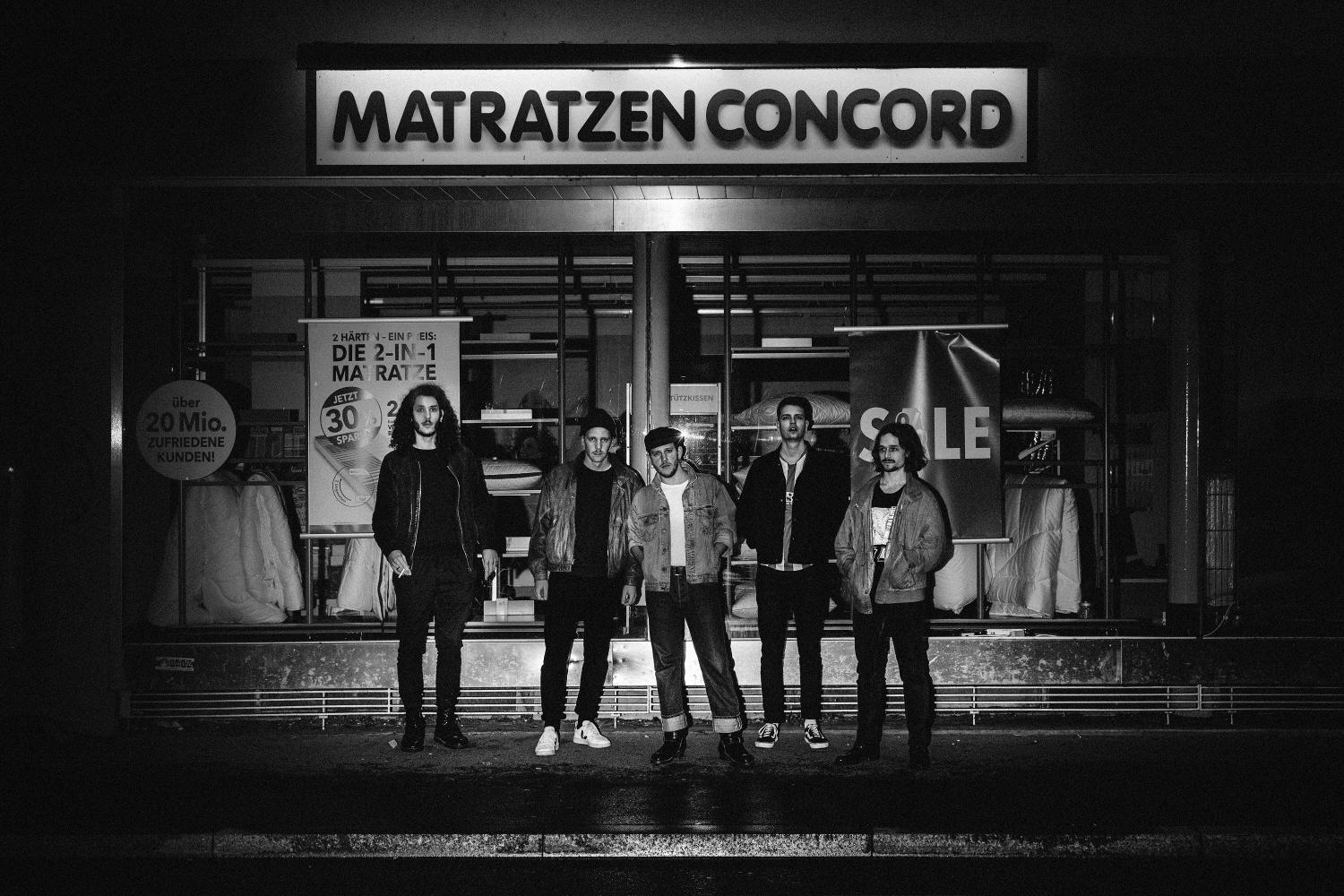 If your heart is hanging on a line then you’ve come to the right place, because we have something special for you. Post-punkers Urges have graced us today with a double shot of brand new tracks, “Heart On The Line” and “High Road.” The tracks may not surprise you for their scary innovation, but they’re certain to get your blood flowing with some straight forward, no-nonsense punk rock that is tried, tested and true. Funnily enough, “Heart On The Line” and “High Road” are the first two singles to ever be released from Urges, a new band ready to prove something. They serve as a solid beginning to what is likely to be a long and fruitful career with a new album on the way soon with an announcement to be expected imminently.

Originating in the small town of Baden, Switzerland, Urges create songs built around boarding guitars, growling bass lines and catchy melodies. Their songs are infused with life and energy and littered with youthful exuberance, at times on the wild side. As you may have expected, Urges are a relatively new creation, forming only within the last several months. As energetic as it all is, Urges tell stories with their songs, typically focusing on nightlife, drugs and alcohol, and relationships that are as volatile as hell. There are moments of despair and loneliness, but also high climbing desire and hope for the future. Basically, if you want to have fun and hear stories that you can relate to, then you’re going to love Urges. Let’s cut away the nonsense and give in to those Urges. Sometimes it’s ok to give in to your temptations and just have some fun.

To learn more about “Heart on The Line” and “High Road,” we caught up with lead singer Pierfrancesco Monteleone to ask him a few questions regarding each track.

If you’re having Urges for some new post-punk then you’ve come to the right place! Let’s check out “Heart On The Line” and “High Road”:

Your two new tracks “Heart on The Line” and “High Road” are cool, revved up punk rock tunes. When and where did you write and record these two songs?

Pierfrancesco Monteleone: “Those two songs go back a little while, must’ve been summer 2018. To be honest, that time is a bit blurry now. I’d spent most of my time going out, getting drunk and whatnot. To a point where I’d mostly end up alone in a bar early in the morning. But then that’s what the songs are all about I guess. Doing whatever, not caring too much and all the isolation that comes with that. We recorded the songs a couple of months later in a little studio in a town near the Swiss mountains. Beautiful view and a pretty nice change to the city.“

This is some of the first material you’re releasing as Urges. What are you hoping these songs achieve with regards to listeners, their reactions and what they think about the band?

Monteleone: “We always hope listeners see it as it is. These songs are a way to channel our emotions and ultimately a way to express freedom. You know, life can be pretty dull sometimes. We’re just trying to get away of all that, even if it’s just for a moment. Anybody can tag along if they want.“

Combined, both songs clock in at about four minutes which is very punk rock. What are some of the bands who serve as your primary inspiration for your sound?

Monteleone: “I’d say we listened a lot to Royal Headache when we first started out with Urges. They might’ve had the biggest influence in the beginning. Also other bands like The Walkmen, Protomartyr, Parquet Courts, Ought, maybe even The Vaccines or The Libertines just to name a few.“

Check out Urges’ artwork for their self-titled release: 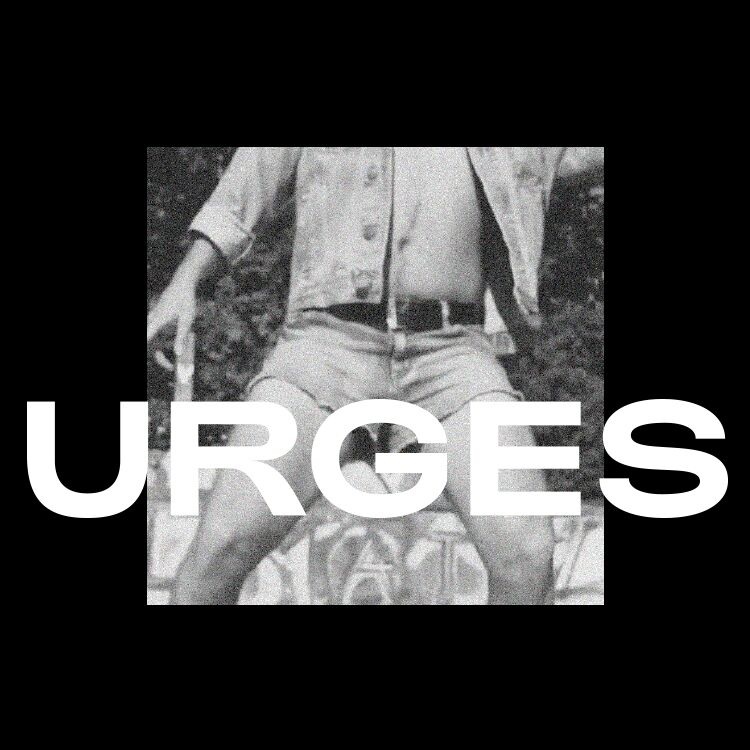 The final versions of each song have a lot of urgency and are very rough sounding in that they haven’t been negatively affected by over-production. How many takes would you say you did for each song when you were recording them?

Monteleone: “Well, our set-up was really small and limited. This dude had basically built his own recording studio that also functioned as his bedroom. He had an 8-track tape machine and some old microphones and amps. So we would wake him up in the morning with some coffee, install our stuff, check the inputs, smoke a cigarette, do one or two takes for each song and then move on to the next one. We didn’t end up doing any overdubs at all, just the vocals. Those took like another two takes maybe. We didn’t want to overthink it, and just play. Everything else wouldn’t have been true to the songs. Also, everything in Switzerland is expensive as fuck, we didn’t want to waste unnecessary time.“

You all were in other Switzerland area bands but now your focus has turned to Urges. What was particularly exciting about Urges that made you want it to be your primary focus musically?

Monteleone: “We’d grown bored of everything else, it was getting too complicated. Too many instruments, synthesizers, weird song structures… Urges is simple and it feels good. We don’t overthink the songs anymore, we just go with it. The songs live on the drive, they’re in the moment, they’re free.“

Commenting on “Heart On The Line,” the band stated, “The video for ’High Road’ is actually only the second take. When we did the first take, as I ran down the ramp I twisted my ankle. It fucking hurt, but it looked hilarious. Need to release that footage at some point. After the second take, some kids started playing catch on the place. I wasn’t going to dance half-naked in front of kids so we stuck to the second take.“

Regarding “High Road,” the band added, “This song is about one of those nights, when you’re in that drunken state of desperation and you start being honest to yourself. And you realize, you want to change everything. You know, that overdramatic moment you’ll forget about in the morning.“