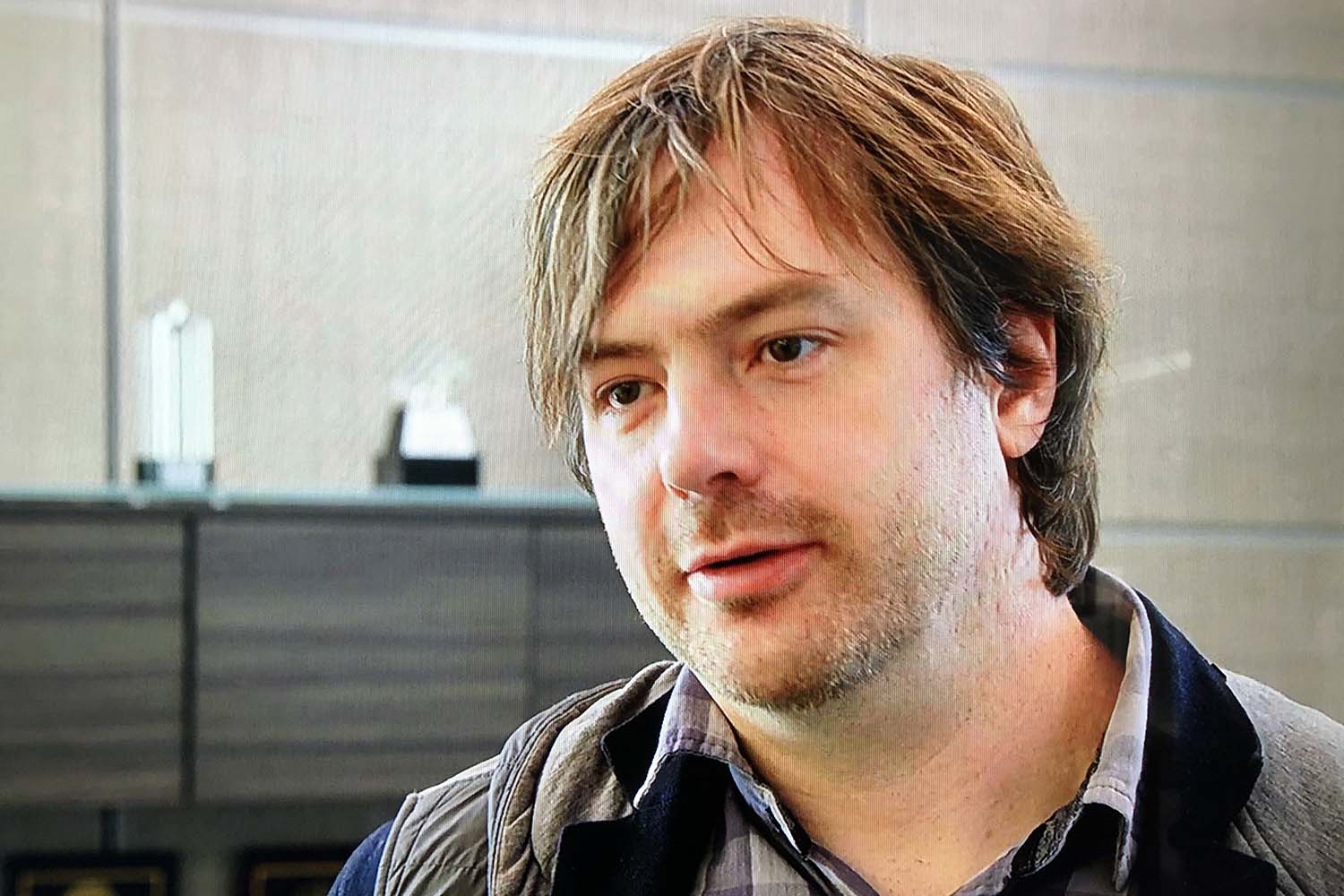 Gemini Man utilizes never-before-seen visual effects designed to enhance the movie-going experience for audiences dramatically. Ang Lee and director of photography Dion Beebe shot the film at 120 frames per second (as opposed to the standard 24 frames per second), delivering clarity of stuntwork and cinematography, unlike anything you’ve ever seen before. Lee and Beebe also shot Gemini Man in 4K 3D, providing an incredible visual and aural immediacy for audiences in that format.

Gemini Man was released on digital download as of December 23th, 2019, and arrived on 4K Ultra HD, Blu-ray, and DVD this week on January 14th from Paramount Home Entertainment.

The 4K Ultra HD and Blu-ray releases are packed with over an hour of fascinating bonus content, including an alternate opening, deleted scenes, behind-the-scenes explorations of the film’s groundbreaking technology, interviews with the cast and crew, and more. Also (in a first for Paramount), the 4K Ultra HD disc is encoded in 60FPS (frames-per-second) for exceptional sharpness and clarity vs. the standard 24FPS. The 4K Ultra HD disc also includes an exclusive visual effects scene breakdown presented by WETA in 60FPS, Ultra HD, and High Dynamic Range. The 4K Ultra HD disc and 4K Ultra HD Digital releases present the film in Dolby Vision®, which brings entertainment to life through ultra-vivid picture quality with spectacular colours, highlights that are up to 40 times brighter, and blacks that are ten times darker. Gemini Man is the first-ever Dolby Vision high frame rate disc to be released.

Technical Supervisor, Ben Gervais took some time to chat with us about working on Gemini Man, touching on a few of the elements his involvement brought to the production.

Check out the official theatrical trailer for Gemini Man:

I guess my first question would be; How does one become a Technical Supervisor?

Ben Gervais: (laughs) “By not meaning to. Kind of like how does one get a career in the movie industry. I started as a broadcast engineer. Then I started helping directors of photography change from film to digital. Through showing them how to use digital cameras and specialized photographic gear, I became specialized. I think there are only a couple of people who kind of do what I do in this industry. It’s an interesting job.”

So, when you get offered the chance to be involved in working on a film like Gemini Man, what are the first questions that you want answered so that you know that it’s a good fit for you, and also a good fit for the film?

Gervais: (laughs) “Well I really think that when someone wants to use new technology in cinema, the question you have to ask is are they doing it for technology’s sake, or are they doing it because the film really needs that kind of treatment. With someone like Ang, we were very fortunate because he is someone who is not a technology guy. He really could care less; he could barely operate his iPad. What he was interested in was how he connects with an actor when he looks into their eyes on a screen. That tells someone like me that their heart is in the right place.

As much as I work with technology and I do all these really technical things, it’s not always what I want to do. What I want to do is I want to help tell stories. And I want to give people interesting experiences. So when someone like Ang is talking to me about how he connects with somebody on screen and is asking me how I can make it more clear or make it more emotional or something like that? Then I can respond in a way that is rewarding for me as a craftsman. As well as for him in his ability to share an experience with an audience.”

So are you then involved with the entirety of the production? Or does it become kind of scene-specific thing on a film like Gemini Man?

Gervais: “For Gemini Man, it was the entirety of the production. I was probably one of the first three people put on the payroll, and I was possibly one of the very last people off the payroll. Because of this high frame-rate 3D technology and the integration with video effects to make Junior (the younger version of Will Smith), I was really involved from beginning to end; I was on this film for two-and-a-half years. So it was a long march.” 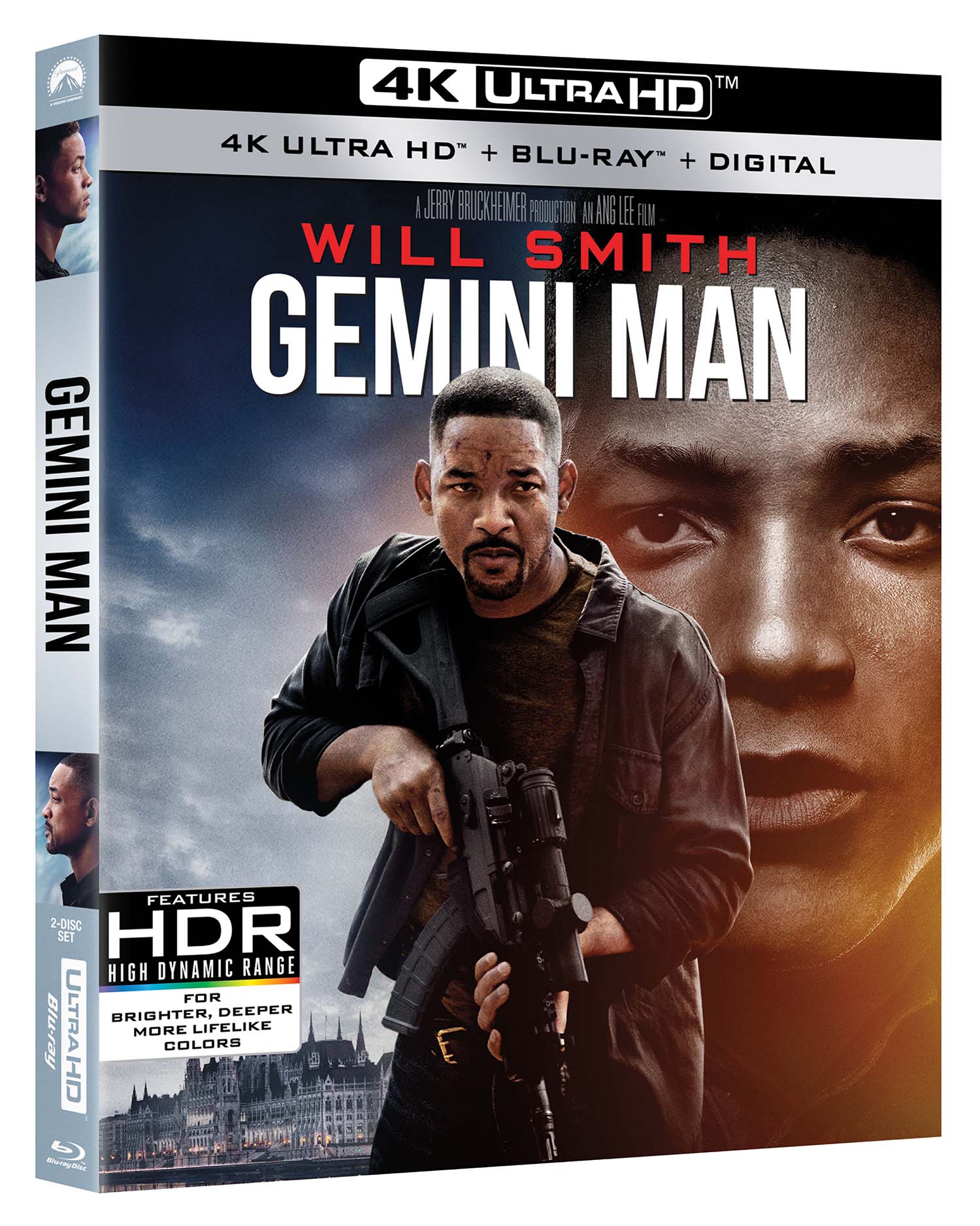 What does shooting a film at 120 frames per second mean for you in terms of the equipment needed and the additional production challenges on a film like this?

Gervais: “Ang is kind of a purist. He believes in showing people and information in as high quality as possible. And so instead of converting the movie to 3D, we were shooting in 3D, which means we used two cameras instead of just one on the film set. And then obviously we had some special cameras for shooting the entire movie in 120 frames per second in 3D. So that makes for a much bigger and heavier camera.

And when you are trying to shoot a genre action film like Gemini Man, that means you’ve got to move that camera with the same kind of dynamic energy that you would with a camera that is less than half the size and weight. So that presents a lot of challenges in terms of being able to make a camera small and light. And then put it on a motorcycle, and make it handheld, and put it on a Steadicam. Things we need to be able to do the kinds of shots that really give people this kind of first-person experience in the film.

In post-production, what all of that means is that there is a lot of storage needed. We had to have this giant room full of servers to store this crazy amount of data that was generated compared to a regular film. We had to spend a lot of time making sure that every detail is correct and captured as you see it. Every frame is so much sharper at 120 that all the technicians, digital effects people, actors, and make-up people all have to be at the top of their game.”

That Cartagena motorcycle race that you just touched on had to be a challenge on several levels. Getting the equipment onto the bikes and achieving that kind of first-person video game viewpoint you achieved. And the lengthy street-shot behind Will. I don’t think I’ve ever seen that in a movie before.

Gervais: “Yeah, the one big long shot where we do it on the street, and we turn and turn and turn, that single shot I probably spent the better part of a month planning that shot. And it’s just the one-shot! So you know, it’s very, very involved. Everything had to be wireless. And we had to put all of these antennas down the street. We had lifts we had to put antennas on. We had so much testing done for that shot. We had access to an old race car track in Savanna that we were using to mock all of this stuff up and test it on before we went to Columbia. It was quite involved.”

Check out this short video featurette that explores in greater detail how filmmakers were able to create a fully digital version of a 23-year-old Will Smith:

The other showpiece in the movie, for me anyway, is that hand-to-hand fight scene in the catacombs underneath Budapest. It looked like the camera was in danger of being swatted by some of the stunt-people. It just felt like it was so up-close and personal, I can’t imagine what went into assembling that series of shots.

Gervais: “The interesting thing when we do stunts and the reason why on a lot of action movies there’s a second unit director who will have the stunt background there. Someone who was either a stunt coordinator or a stunt choreographer before they became a second unit director. And that’s because they know how to place the camera to make the stunts look cool. And also to hide the fact that they are not actually making contact when the subjects are throwing punches. And things like that. Ang wanted something different. So instead of putting the camera behind the guy who’s throwing the punch at the guy in the background, he wanted the camera to have them both in profile, and be close. And be able to get that ‘bad intention’ on camera.

The interesting thing about a fight is not the throwing of the punches, it’s when you look at the character’s faces, and you see that the guy really wants to pummel the living daylights out of the other guy. They are very upset and angry. And that’s what you want to be captured. We really hadn’t seen that up to this point. So it was about getting a camera in close. Sometimes we would have the stunt people do it, and sometimes it would be full CGI people in those fights that WETA would generate. And if they throw a punch and it doesn’t connect (which we can’t really do because we don’t want to REALLY beat up the actors), then we would have WETA go and stretch the arm and make that punch connect. Then we replace the face and have the face actually have that impact on it, so you can get a much more visceral experience than you would in a typical action movie.”

When you finish a project like Gemini Man, is there an adjustment period for you? And by that I mean, are you right onto the next thing, or do you kind of mourn the fact that this movie that took two-and-a-half years of your life is over?

Gervais: “Oh it’s a total PTSD experience. We openly joke about it in the industry a lot. I’ve frequently told people that when I was finishing up Gemini Man that I was going to go into a corner and just rock in the fetal position for about three weeks. It’s definitely an adjustment from going to these crazy days of all this stuff to regular life. And then after a couple of weeks, you feel like a human again. And after a few more weeks, you are chomping at the bit to go and do it again. It’s kind of similar to a soldier deploying, but obviously, the stakes are much lower. But the experience itself is really intense.”