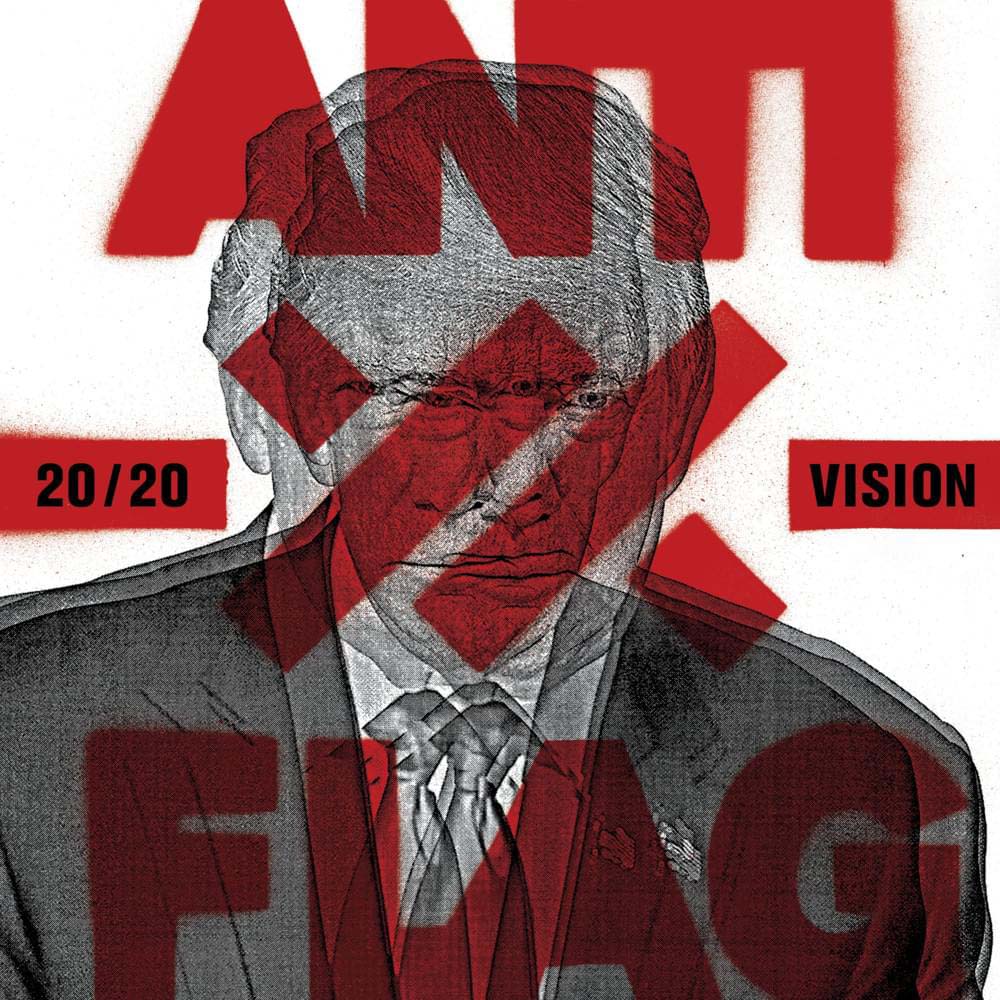 It’s hard to imagine, but Anti-Flag have existed since the late ‘80s, with their first album releasing in 1996. Die for the Government contained possibly the band’s most iconic song, “You’ve Got to Die for the Government,” a tune that defined the group’s very existence. It encapsulated the reason they play music: to encourage the notion that whatever country governs you, the ruling party should fear you, the people, not the other way round. Twenty-four years since this explosive manifesto, Anti-Flag are still spreading the same message with their twelfth album, 20/20 Vision.

The recording opens with an extract from the (not so) great and powerful umpa lumpa himself addressing supporters with one of his, now infamous, speeches that promotes hate rather than unity. “Hate Conquers All” then erupts into the very angry, politicly-charged punk rock with which Anti-Flag has become synonymous. Both Justin Sane and Chris No. 2 bounce vocals from one to the other so seamlessly you’d be forgiven for not noticing any change. It is a perfect, politicly-motivated intro to the latest release, and it echoes the band’s early style.

In today’s political climate, it often seems as though “Hate Conquers All.”

The album’s fourth track, “Christian Nationalist,” is a fine example of how the band has evolved over the years. It maintains the gritty punk-rock sound Anti-Flag are known for, whilst also sounding like it has been given a level of polish that all punk bands inevitably succumb to. This track really highlights the current state of affairs in Trump’s America. “Unbreakable” demonstrates a similar level of refinement whilst paying homage to the band’s roots. It is a tune that emanates defiance in a way that only true politicly-driven punk rock can deliver.

A standout track on 20/20 Vision is “Un-American.” The song opens with a country vibe before reverting to the group’s punk beginnings. It is an almost ironic story of a nation that, in Anti-Flag’s eyes, has lost its way. Despite the country-style ’twang,’ the track maintains its punk persona whilst adding sarcastic jabs at a very pro-Republican genre.

20/20 Vision is an album that really shows Anti-Flag are just as passionate about their political views now as they were over a decade ago. One could argue that the band has not developed their sound much over their twelve-album career, but fans, myself included, would say Anti-Flag’s message is stronger – and more necessary – than ever, especially given the state of governments around the world. 20/20 Vision preserves the raw, unapologetic and rebellious nature of punk rock with which generations have grown up and fallen in love, and the record is an excellent addition to the band’s vast catalogue of music.

Anti-Flag wants to help scrub us of “The Disease.”