Union Duke, the Toronto, Canada-based folk fivesome featuring Matt Warry-Smith, Jim McDonald, Ethan Smith, Will Staunton and Rob McLaren, has unveiled a live video for their recently-released single, “Atlas Of Love.” The song, which also features organ and pedal steel, was produced by Jeff Hazin and recorded between his studio and Toronto’s Taurus Recording.

Commenting on the video, the band stated, “This video was recorded live in Lunenburg, Nova Scotia. We first discovered the space at The Lunenburg Folk Harbour Festival. It was used as an after-hours hang for musicians and festival workers. We drank and sang into the wee hours of the morning with Willie Stratton, Red Moon Road, and a number of other awesome musicians. So, this past year when we were back touring in the area, we thought it would be the perfect spot to pop in and shoot a few live videos for our new songs.”

Adding colour about the new single, Jim McDonald noted, “‘Atlas of Love’ is a song for those who haven’t quite figured out the nature of their love, much less themselves. Originally, I couldn’t even figure out which direction the song was going in. I toyed with ‘I’m the Atlas of Love, and you’re the weight on my back,’ but ultimately, I think the song works better when I’m the one who’s the burden. It’s less accusatory and I feel like it’s something most people have felt at some point in their life. I think just about everyone has struggled with trying to figure out who they are and how they fit into a relationship.”

Come 2020, Union Duke will be performing a showcase in the UK at Americanafest from January 28th to 30th. 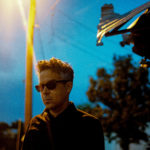