How about a little “mountain rock” to break up your workweek? This brand of music couldn’t be from any place other than Denver, Colorado, the hometown of Whitacre, a trio of talented musicians fusing together Americana, folk, rock and hints of punk rock. Led by the musically gifted Paul Whitacre, the group has been steadily rising within the Denver area since their formation in 2017, soon after Whitacre himself moved from Indianapolis to Denver in 2016. At that point in time, Whitacre had been pursuing a solo project for about five years and decided he had enough; It was time for a change! He packed his bags and moved to Denver.

By the late summer of 2017, Whitacre (the band) was beginning to take shape and it has been quite a relentless process ever since. The EP Within The Mountains’ Shadows was released last year and will soon be followed up with the release of the group’s debut record Seasons. From the album, the three-piece has already released the first single “Peach,” which can be heared below. The album was recorded at Third & James Studios in Denver where Whitacre discovered the creative freedom they sought in order to experiment with all of their ideas and musical objectives. Maintaining an optimistic tone in a pessimistic time, Seasons aims to tell a story of redemption and hope for all those in need of a lift.

With such a talented and emerging group of musicians as Whitacre, we were eager to speak with them, one on one, to learn more about what this quickly emerging mountain rock act is all about. We recently spoke with bandleader Paul Whitacre about the group’s recently-released single “Peach,” the style of music that they have created for themselves, the optimistic tone found on Seasons, and their collective musical chemistry.

So let’s talk a little bit about your new single “Peach.” It comes across as a love song or at least an appreciation of that important person in your life that you don’t want to take for granted. What motivated the lyrical themes on this track?

Paul Whitacre: “That’s precisely what it’s about. I’m a pretty insecure person if I’m being honest. I feel a need for validation from almost everyone I meet and everywhere I go. Being in a relationship is a double-edged sword. In some ways, it’s an amazing source of validation to know that someone has chosen you above everyone else, but also a source of insecurity at times, too. “Peach” is about that internal battle and the promise to stay committed through the worst days.”

“Peach” is, of course, the first single from your debut record ‘Seasons.’ Is “Peach” representative of the type of musical elements that listeners will find through this record?

Whitacre: “Yes and no. The catchy melody and driving rock sound of this song come up in other tunes on the record as well. With that said, a lot of the other songs have more complex lyrics and composition – we can’t wait to share the rest!”

As the saying goes, you have your entire life to write and record your debut record. I’m curious as to the time period in which at least much of this album was written. Have you been sitting on any of these songs for years now or are all relatively new creations?

Whitacre: “A lot of these songs are less than a year old, which is really crazy to think about. I was a singer-songwriter for 5 years before ‘Whitacre’ the band started. I was always sitting on songs for years because I didn’t have the means to record them. So, to be able to write, record and release music all within the span of about a year is a pretty awesome feeling.”

Whitacre: “The genre term ‘Mountain Rock’ actually came from our old lead guitarist. We were on tour 6 months or so ago and he just blurted it out. We loved it immediately. There are so many bands calling themselves folk-rock or Americana and it’s just so hard to determine what those genres actually sound like. We thought mountain rock was a cool way to separate ourselves from the crowd.”

Is mountain rock representative of a musical movement currently occurring within Colorado? Or is Whitacre a one-of-a-kind creation?

Whitacre: “That’s a one of a kind creation, you heard it here first!”

Judging by the sound of the band, I would imagine that fans and listeners have taken kindly to your style of music. Would you say there has been a real steady rise in fan support since you started playing live shows?

Whitacre: “Live shows definitely influence the fanbase more than anything. While it’s fun to be releasing new music, it’s really just a way to get us back on the road. There has definitely been a big influx of fans since we started supporting bigger bands locally and on tour.”

For a band that is only a trio, I was surprised at how complex and structured your sound is. Do you record entirely as a three-piece? And what about when you play live?

Whitacre: “A lot of that complexity comes from our banjo player, Chase. He is addicted to weird chords and challenging the ‘norm.’ The reality is that we’ve only been a trio for a couple of months. For the last two years, ‘Whitacre’ was a 5 piece rock band. However, due to babies being born and job promotions, we’ve had a few original members leave us. That’s put us in a difficult spot both recording and performance-wise. We are working toward adding a bassist to our full-time lineup so we can keep our rock edge.”

In a time of so much cynical music being made, you conversely take a more optimistic approach to your music and lyrics. What has motivated you to settle on this message of positivity? Is it partially a response to all the pervasive negativity that surrounds us through avenues such as politics and social media?

Whitacre: “Yes, that is absolutely a big part of it. It’s all so exhausting, isn’t it? It feels impossible to turn on the radio, check your email or scroll on social media for 5 seconds without being bombarded with negativity. That weighs on our souls. Honestly, the positive approach of our music is for us first. I know that sounds selfish, but playing these songs gives us hope, which then gets us stoked to take them on the road and spread that message to other people who need it too.”

It seems like each member of Whitacre came into the band already with quite a bit of musical experience. Did this make it a simpler process for you to all create that chemistry necessary to record and play together?

Whitacre: “Absolutely. Without everyone in the band being a pro at their instrument, this band wouldn’t work. We have the ability to write really quickly because everyone knows their instrument so well. It’s honestly one of my favorite things about the band.”

It also seems like you’re setting up a busy year for yourself to come in 2020. What are your goals for Whitacre that you have set for the band this year?

Whitacre: “I’d say other than making 25 million dollars in 2020, we just want to play as many shows as possible while making tons of new friends.” 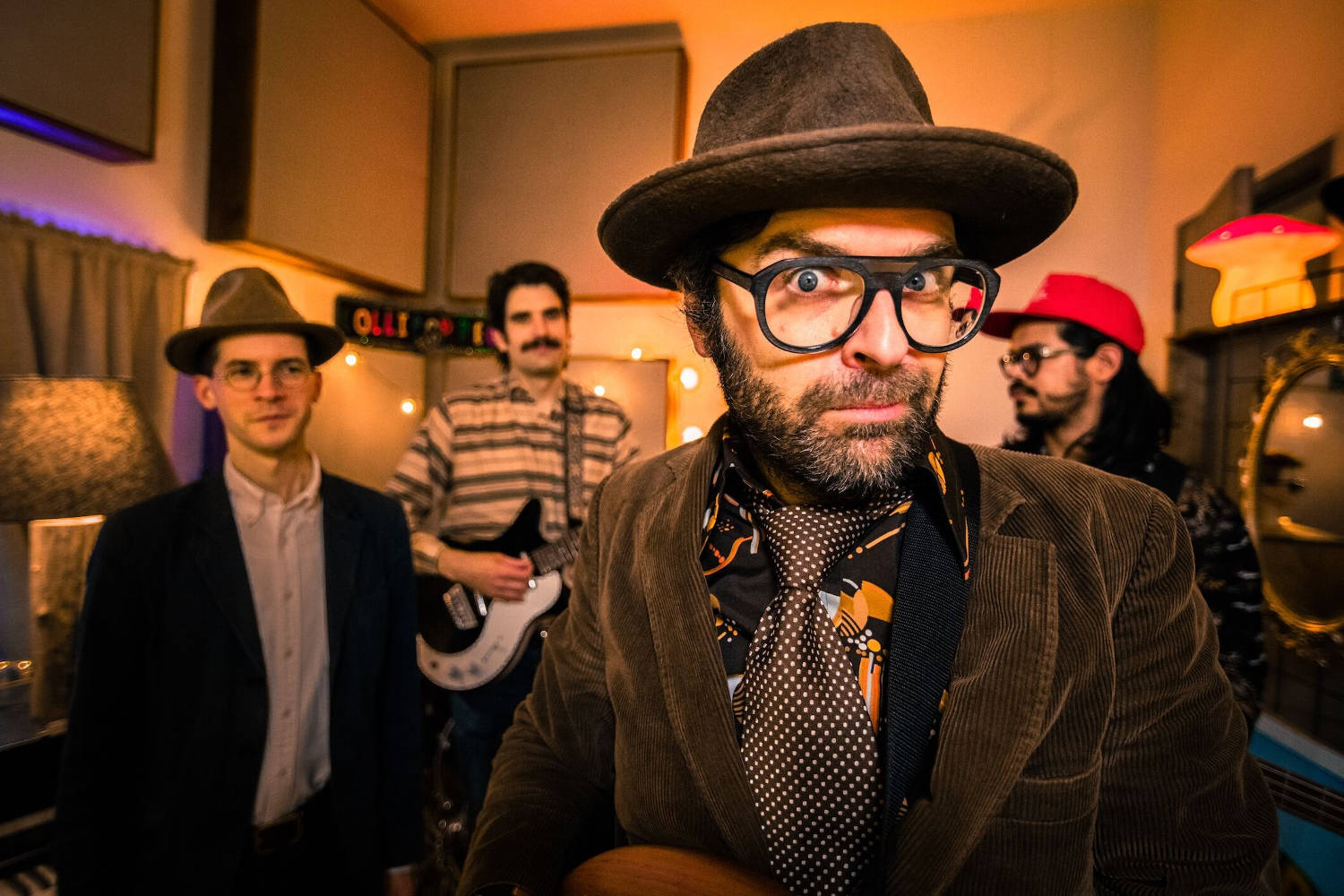 FRIENDLY RICH Shares a Raw, Real and Face-Melting Video for His Album ’We Are All Terrorists’ [Premiere] 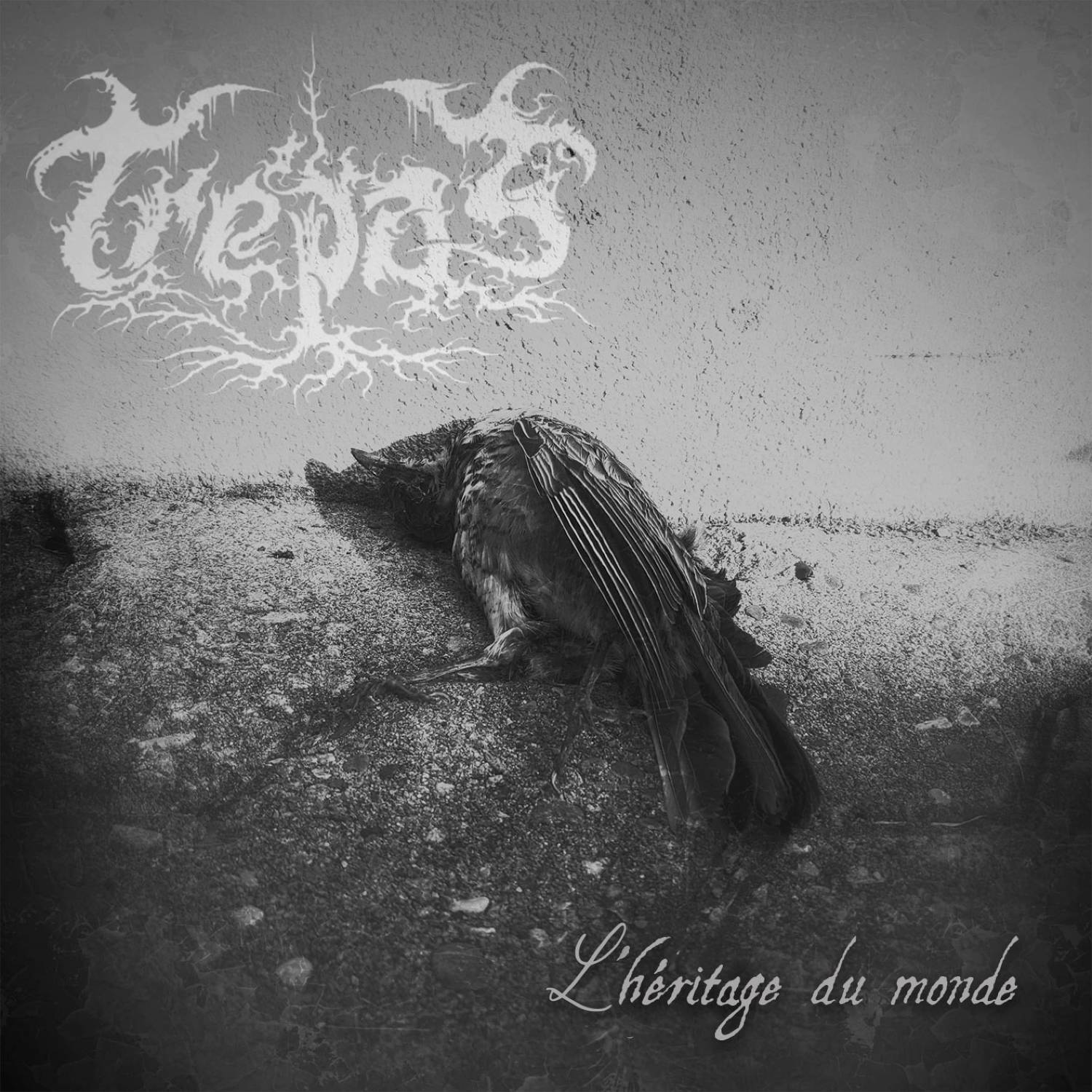