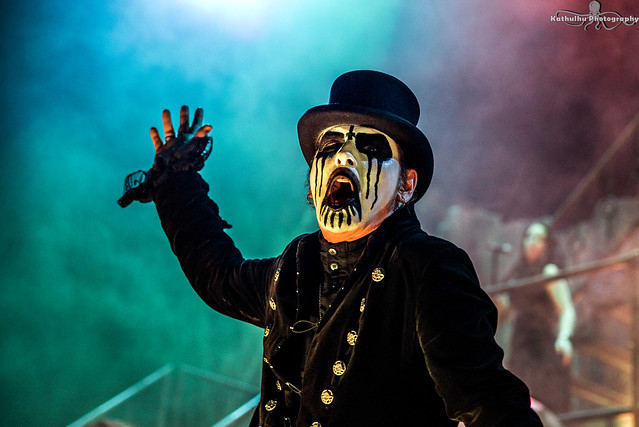 As a scream teen, I found myself playing in devil’s blood theatrically but as an older gentleman I’m too old to run with Lucifer but enjoy getting the bejesus scared out of me from time to time. Saints and sinners are found in us all. I haphazardly went to this 2019 tour thinking, “I’ve seen and heard it all before” until the house lights went down and Uriah Heep’s “The Wizard” confiscated the PA setting up the precursor to the ungodliness to prevail.

As darkness unfolded into stage light, King Diamond was rolled onto the stage by a hooded horseman equipped with a drip bag IV. It was eerily quiet until the band cascaded down the steps of the set with a flurry of notes known to us all as “The Candle” all metal horns blazing in the air.

Better than anything Ozzy or Alice Cooper could conceive, it was like a metal musical Broadway. The sound and stage production top-notch with above par musicianship equipped by crystal clear, lightning-fast leads breaks via Mike Wead (The Haunted, Candelmass) and Andy LaRocque, while Pontus Egberg drove the bass riddled gurney into Matt Thompson’s epileptic drum seizures.

Behold the “Masquerade of Madness,” from King Diamond’s upcoming album The Institute:

The King has himself a set of perplexing twin girl action figures known as Livia Zita Lokay matching his backup vocals and stage dancer Jodi Jershoff freaking the hell out of the crowd and once locking eyes with me until I lost the stare down battle out of my purism and past relations? That devilish host…

I got to admit, of course I’m more of a fan of the old stuff like “Welcome Home,” but even the newest song “Masquerade Of Madness” came off spooky in a live setting, just not as threatening.

I suggest spending your hard-earned cash over this than any other band, except maybe Judas Priest or Metallica. I think Diamond can even send Iron Maiden running to the hills with their elaborate but lackluster stage production; there’s almost no moment to take a piss or beat the crowd to the t-shirt line when you see almost everyone you know in one black mass.

Celebrate your vitality by enjoying a live clip from “Come to the Sabbath:”

The finale “Black Horseman” in its infinite soliloquy of harmony brought some of the crowd to their knees in appreciation which was emotional to experience, to say the least. With that King slammed the door shut on the asylum and it was lights out… show’s over. 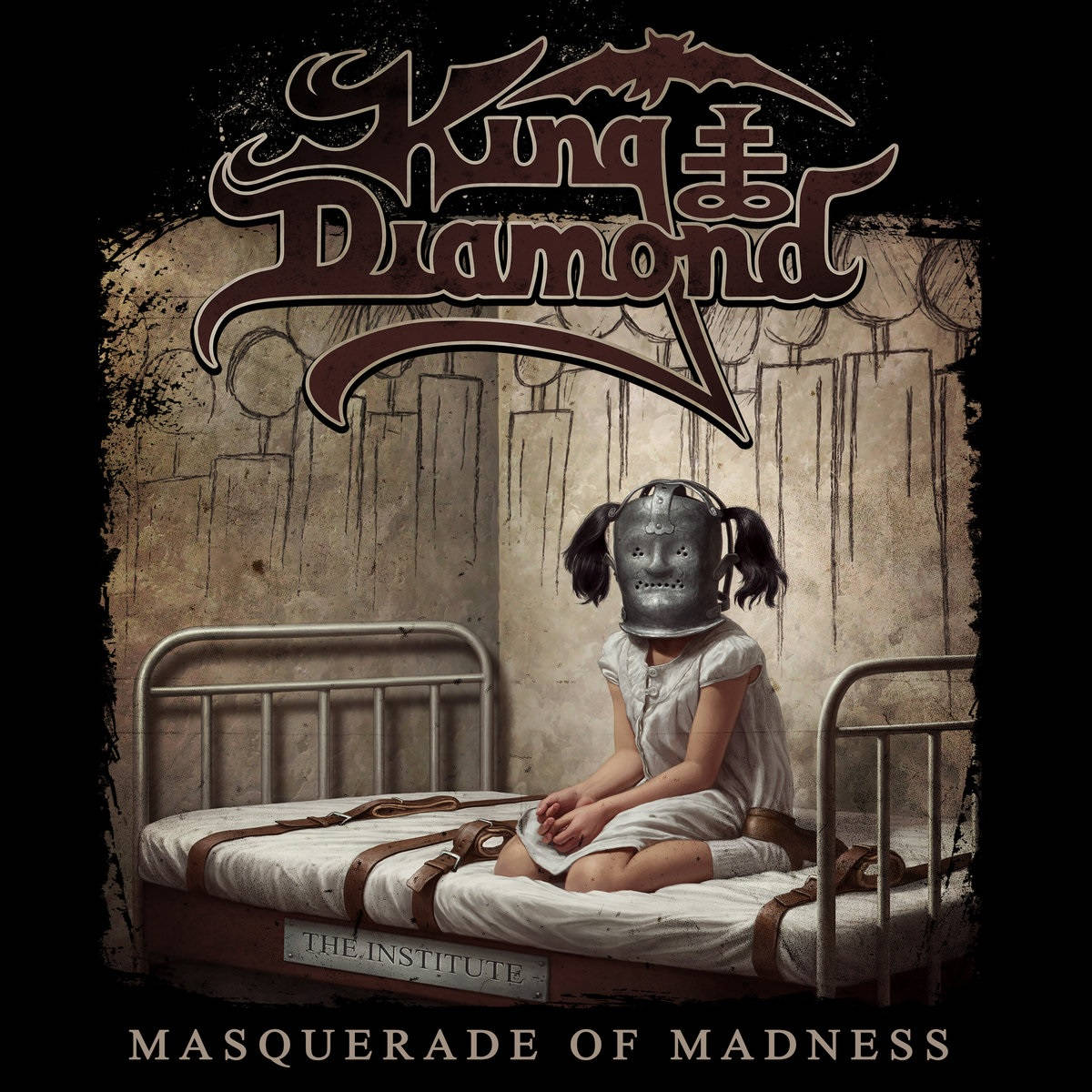 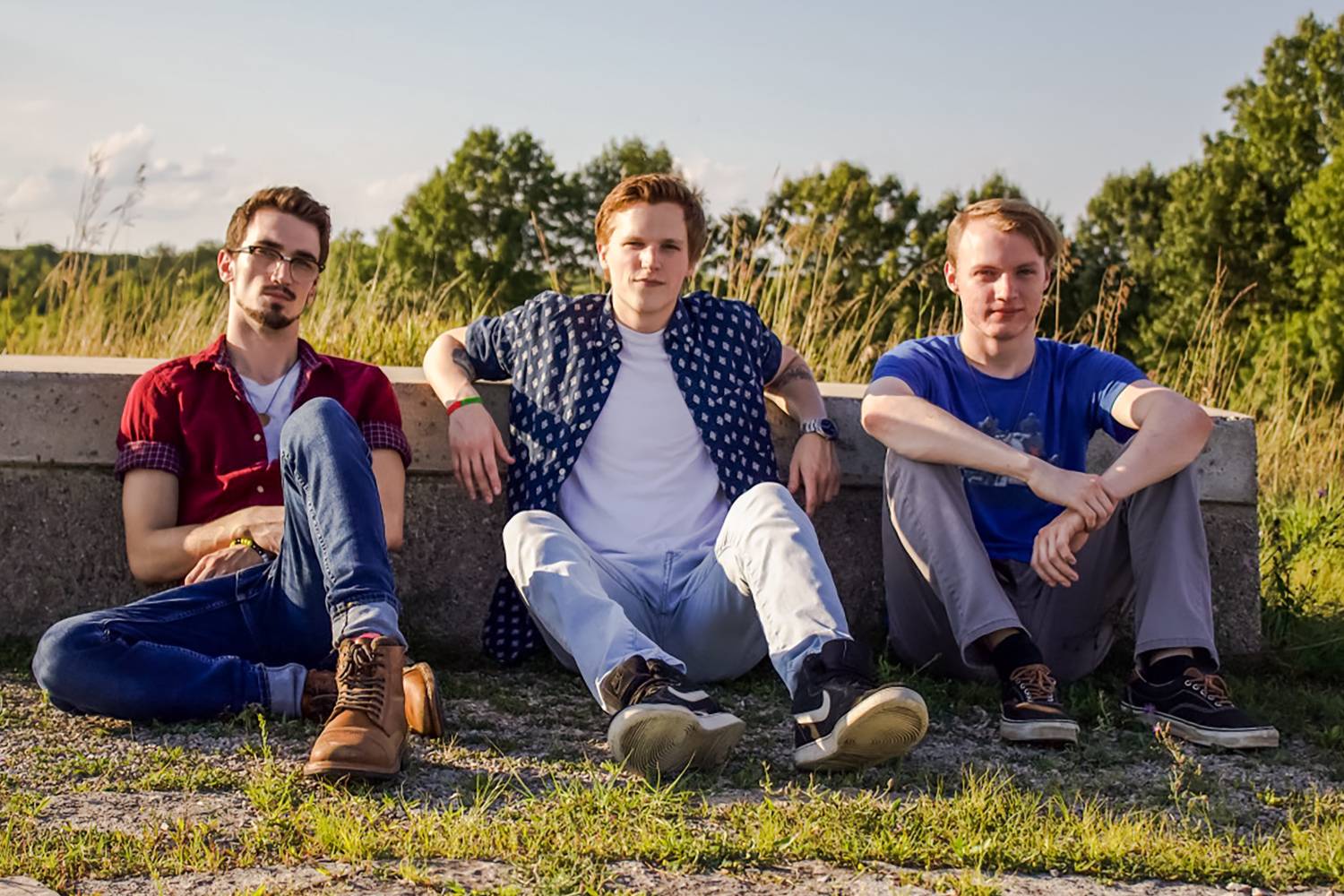