Folk-rock group Fruition has confirmed a January 17th release of their upcoming seven-track EP, Broken At The Break Of Day. The album is tagged as a companion to the band’s just-released recording Wild As The Night (released Nov 8, 2019) and is led by the first single “Dawn.” And, if that’s not enough, Fruition also unveiled a pile of new 2020 tour dates which can be seen below.

The band recorded Broken At The Break Of Day at the new home studio built by their drummer Tyler Thompson. The two albums are a perfect pair and fans can get their hands on 180g vinyl in January. Fruition is rounded out by musicians Jay Cobb Anderson (electric guitar, vocals), Kellen Asebroek (piano, acoustic guitar vocals), Jeff Leonard (bass), Mimi Naja (mandolin, electric guitar, vocals).

Speaking of the new release, Thompson commented, “This process was the quickest the band had ever written and recorded the songs. All the songs obviously fit either a ‘day’ or ‘night’ theme, but the whole rehearsing and recording process had to be done in about half the amount of time we were used to. That time limitation leant us to not overthink things, play instinctually and all live in the studio with very minimal overdubs. All the songs are very different, but I think the speedy process naturally created some sonic congruency.”

Adding clarity on the two shorter releases, Asebroek noted, “From a visibility standpoint, being able to release more music more often—even if it is in smaller doses—is ideal in the new frontier of digital music that we have found ourselves smack dab in the middle of. It’s nice to be able to stay on people’s radar, in an age where people have instant access to the whole of music history at their fingertips. It’s also nice to put these out together on vinyl as a nod to the way things once were.”

Broken At The Break Of Day Track Listing: 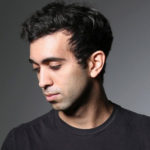 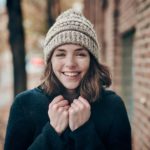