The 1987 film reinterpretation of the 1979 classic gothic horror novel, Flowers in the Attic, has met mixed reviews over time: from praise for its craft to scorn for its script. Nevertheless, it is deserving of a fresh pair of eyes, and in glorious high definition on this Blu-ray release by Arrow Video.

Having been denied the opportunity to watch this, or even read any of the four-part series of novels on which it was based, in my youth – conservative upbringings and horror stories did not make for good bedfellows – I met this story of abuse, neglect and despair with an unjaded perspective, yet very quickly formed several opinions.

First, the story. The incestuous overtones defining Cathy and Chris’ relationship – apparently dialed back for sensitive audiences at the time of its release – may seem pedestrian in a post-Game of Thrones era, but at the time I can imagine the uproar. And it’s not the only omission – several key scenes were purposefully toned down to secure a PG-13 rating rather than the R the story arguably merits.

Watch the original Flowers in the Attic trailer (Jeffrey Bloom, 1987):

Then there’s an overbearing grandmother as well as an ambivalent mother and suddenly, all the Norma Bates/Mrs Voorhees/Margaret White seeds are planted for an ongoing cycle of violence and trauma. Without diving into spoiler territory, what could have been an insightful exploration of adult decisions being forced upon innocent minors is instead portrayed as a waiting game, counting down the days until inevitable death. The psychological aspects of the story may play out further in the sequels, but as a stand-alone story, I’m left wanting. Factor in the camp, melodramatic ending (thankfully, a studio-vetoed original ending is included on the Blu-ray, which makes more sense stylistically – and stays truer to the source material) and you have a story of wasted potential. The driving forces of greed and revenge get lost in a wash of abusive behaviour.

As for describing the film as a horror movie… I’m not entirely in agreement. Yes, torture, abuse and human greed are all fairly horrific, but the atmospheric – and almost believable – nature of the story place Flowers In The Attic far more firmly in thriller territory. Once we start on the filmmaking, though, it’s an entirely different beast. Blu-ray releases of older films often face over-obvious degradation in quality, but the well-produced sets, costumes and lighting translate well to a higher definition medium. The lighting and cinematography are also, despite a less than ideal script, strong and greatly support the slow-burn thriller mood. The campy 1980s daytime soap acting performances are entirely in keeping with its production period, but these have aged less well.

But the real winner here is the soundtrack. The theme music is a motif I knew but was unaware of its source: Christopher Young (of Hellraiser fame) composed a beautiful, haunting and hugely effective score for Flowers In The Attic, and the Blu-ray format delivers. I almost wish it occupied a more central position in the final mix at times, but overall the goosebump-delivery is of an extremely satisfying standard. The additional feature interview with the composer is a welcome enhancement.

In summary, the film itself is probably less of a classic than the novel; having already experienced made-for-television remakes, it’s even unlikely whether the story will ever translate perfectly to the film medium. Also, it was by no means the best release of 1987, having to contend with classic horrors like Hellraiser, The Lost Boys, Evil Dead 2 and the very well-received Nightmare on Elm Street 3: Dream Warriors. Even on the cult classics front, Peter Jackson’s Bad Taste was released in the same year and any – even all – these titles are more deserving of the Blu-ray treatment than Flowers In The Attic. Still, 93 minutes spent in its company (without the additional featurettes) by no means feels like wasted time. 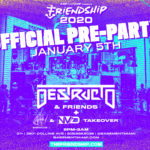 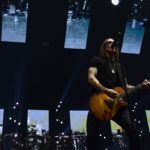