Every once in a while there’s a heavy metal band that emerges like no other. One that already comes with experience, presence, and precision. 2020 is destined to be the year of Disciples of Verity. The names will likely already be familiar to you and if they aren’t, then the bands will be. This brand new group features Corey Glover of Living Colour, forming a star-studded lineup with God Forbid’s Corey Pierce and Negative Sky’s George Pond. These high-level talents combine to unleash a full-on metal onslaught to your pleasure dome that is best described as the new breed of crossover heavy metal. It was only about one year ago that the beginnings of Disciples of Verity started to take shape after mutual projects brought the four members together under one musical roof. Pond was the real catalyst in bringing the members together, having played with each member of the band at various junctures of his career.

Over the course of eight months, the members of Disciples of Verity bonded together through their growing musical chemistry and wound up pumping out eight heavy, hook-filled tracks that all retain their own infectious, melodic groove. These recording sessions resulted in the creation of the band’s brand new debut record Pragmatic Sanction. Produced by Pond with the assistance of Charlie Berezansky (Vexas) at Riva Sound Studios in Barnegat, New Jersey, Glover and his bandmates enlisted a who’s who of talent to collaborate with on each track. Pond had already had these musicians in mind when it came to which ones he felt would be best suited for each collaborator. All were willing and able to participate in the making of Pragmatic Sanction, a list which includes Morgan Rose (Sevendust), Phil Demmel (Machine Head), Jeff Loomis (Arch Enemy), Tara McLeod (Kitty), JJ Sammataro (Negative Sky) and solo artist Joe Gareri.

“Lying To Myself,” the song that features Phil Demmel is a particular highlight of Pragmatic Sanction. Any time you can bring the power of a former member of Machinehead to the equation, you don’t pass up that opportunity. Until his departure from the band last year, Demmel had been the longest-serving guitarist of Machinehead of all-time, first joining that group in 2002. Demmel is also a founder member of the classic Bay Area thrash metal band Vio-lence who luckily reformed at the beginning of 2019 with a huge performance at Bloodstock Open Air pending for next year’s edition of the festival.

Time to check out the premiere of Disciples Of Verity’s new video for “Lying To Myself” featuring Phil Demmel:

Fortunately for you, we have teamed with Disciples of Verity to bring you the exclusive premiere of the music/lyric video for “Lying To Myself,” featuring none other than Phil Demmel on lead guitar duties. To accompany the video, we recently caught up with band leader Cory Glover for a quick chat about Disciples of Verity, what the initial step was in the band forming and a couple of details with regards to the recording of Disciples of Verity’s debut studio album Pragmatic Sanction.

Disciples of Verity is composed of quite a lineup of successful heavy metal veterans, very well respected within the metal community. Would you call yourselves a supergroup? Or do you hesitate to use this term?

Cory Glover: “Not really, George is just highly motivated. He wanted what he wanted. I think he got exactly that.”

I’m not going to ask you to give us a recount of every step towards the formation of the band, but describe to us what the very first step was in the formation of Disciples of Verity? Who originally got the ball rolling?

Glover: “You gotta put this completely in George’s lap. He told me he had some tracks, and could we collaborate. If it works out it could turn into something. It sure did.”

So the band is brand new and you’re really just still getting the word out, but what are your long term goals for Disciples of Verity? Could you see this being a band that works together for years to come?

Glover: “That’s really up to how it’s received. I you like it we’ll keep making it.”

Check out the scary new artwork that accompanies the release of “Lying To Myself”: 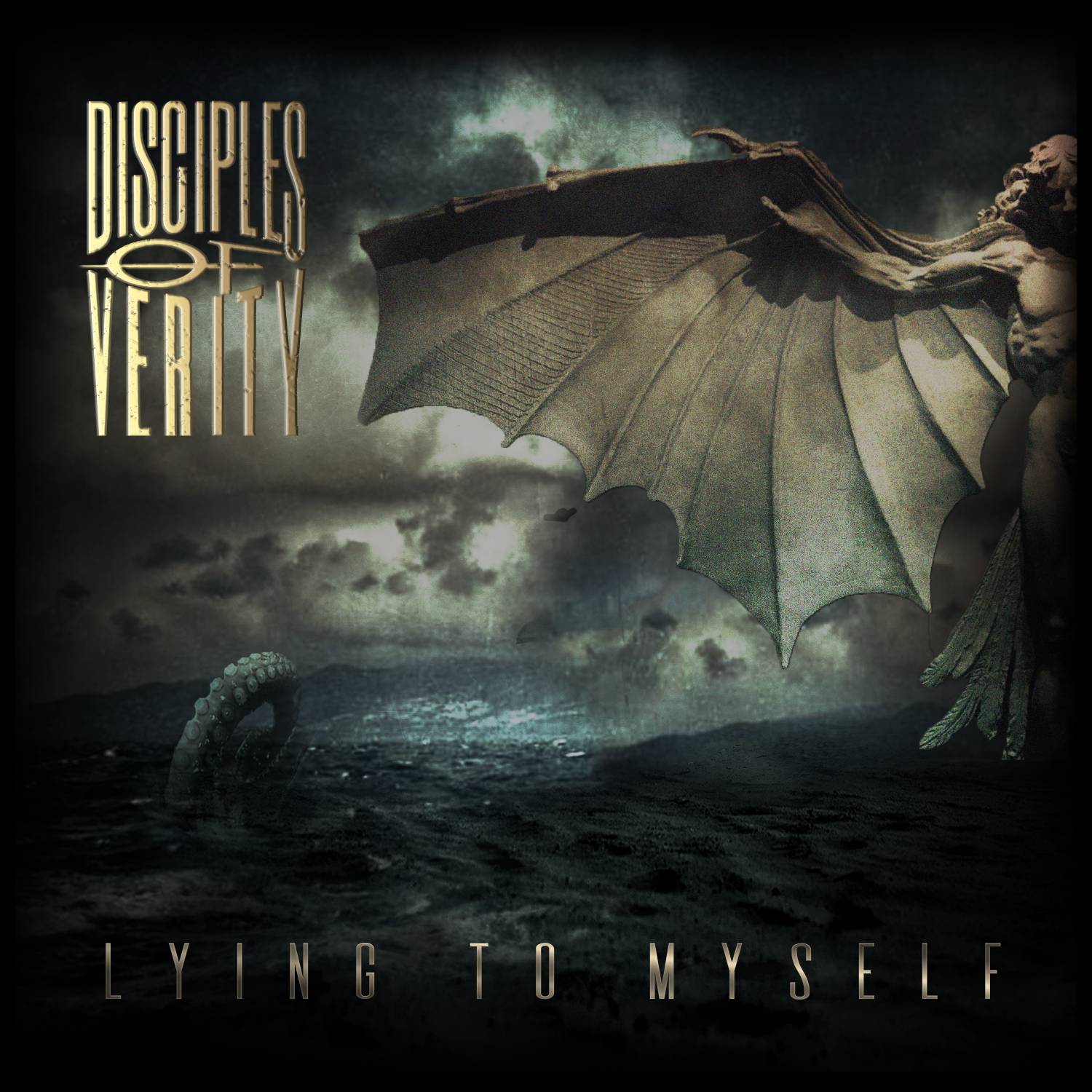 You haven’t exactly been in a “new” band in a long time now. Do you find it exciting or perhaps challenging to be pursuing a whole new band at this point in your career? Or perhaps you’re even a little bit nervous about it?

Every member of the band, of course, is extremely busy with their own respective musical endeavours outside of Disciples of Verity. Have you found that to be a challenge in trying to pursue this band?

Glover: “We find the time. It keep you on your toes.”

Before asking you about your debut album, let me touch on your new single that features Phil Demmel, until recently a member of Machine Head and a man who has been on the heavy metal scene for three decades. How did Phil initially become involved in contributing to the song and what was it like working with him?

Listen to the Disciples of Verity song “Worth,” released this past August and featuring Jeff Loomis on guitar:

The debut album will be titled Pragmatic Sanction. Where do things stand with the record and how far along are you?

I know this album is still a little while away but please, indulge us in a detail or two about what we can expect from this exciting and sure to be awesome debut.

Glover: “This is the hardest, most metal record I’ve ever done. It’s something I’ve wanted to do for a long time. I’ve made some hard records that never saw the light of day, but this one is hard as hell.”

This new track features Phil Demmel and previously, “Worthy” featuring Jeff Loomis of Arch Enemy and before that Nevermore. Is Pragmatic Sanction going to feature a lot of different guest contributors?

Glover: “Feels like it. George has a lot of friends.”

In comparison to Living Colour, what do you like most about Disciples of Verity creatively speaking that you can’t pursue with Living Colour?

Glover: “I don’t compare. This is this and that is that.”

What’s next on the schedule for Disciples of Verity? What do you have planned for the next few months?

Glover: “A few shows and then we’ll see.” 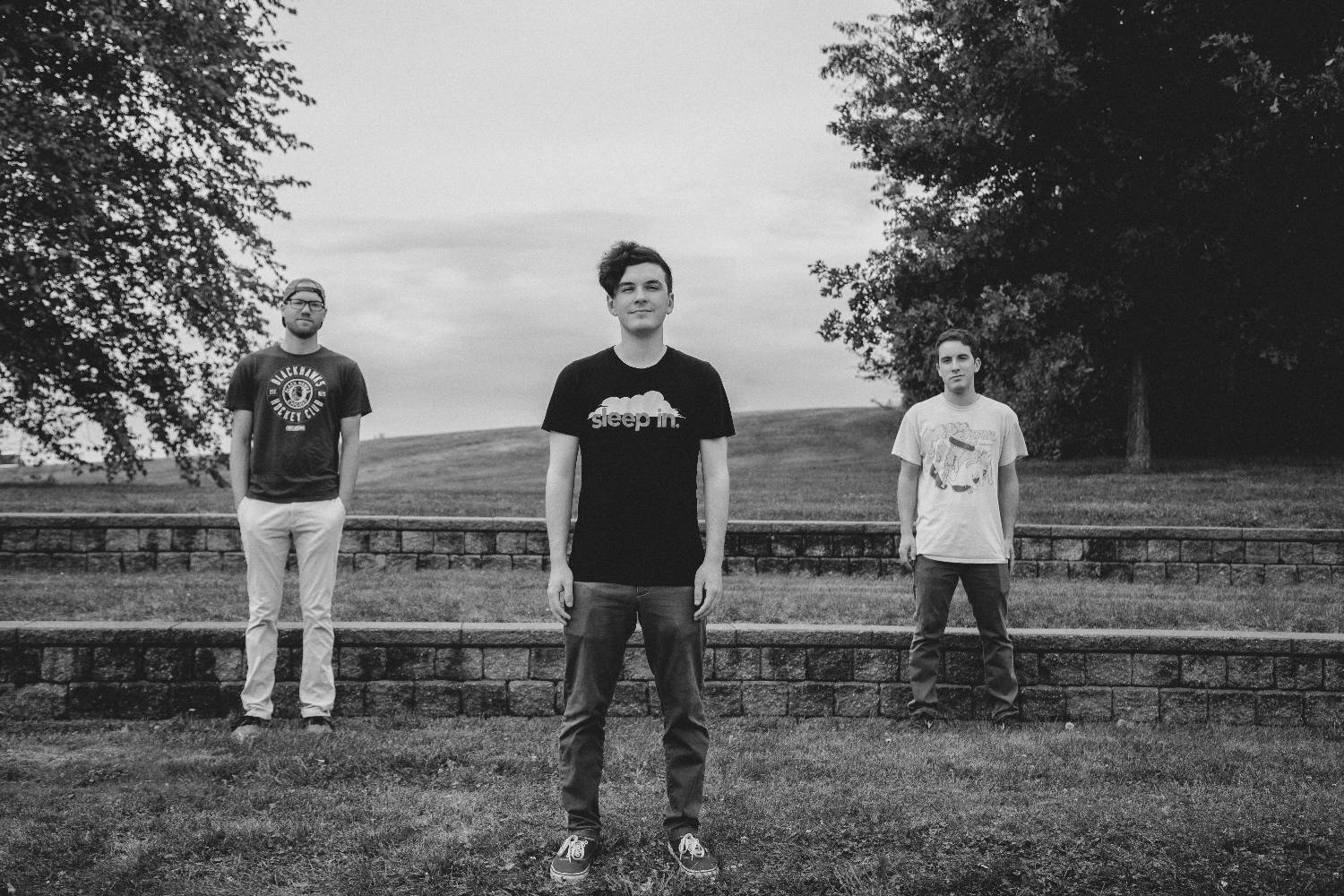 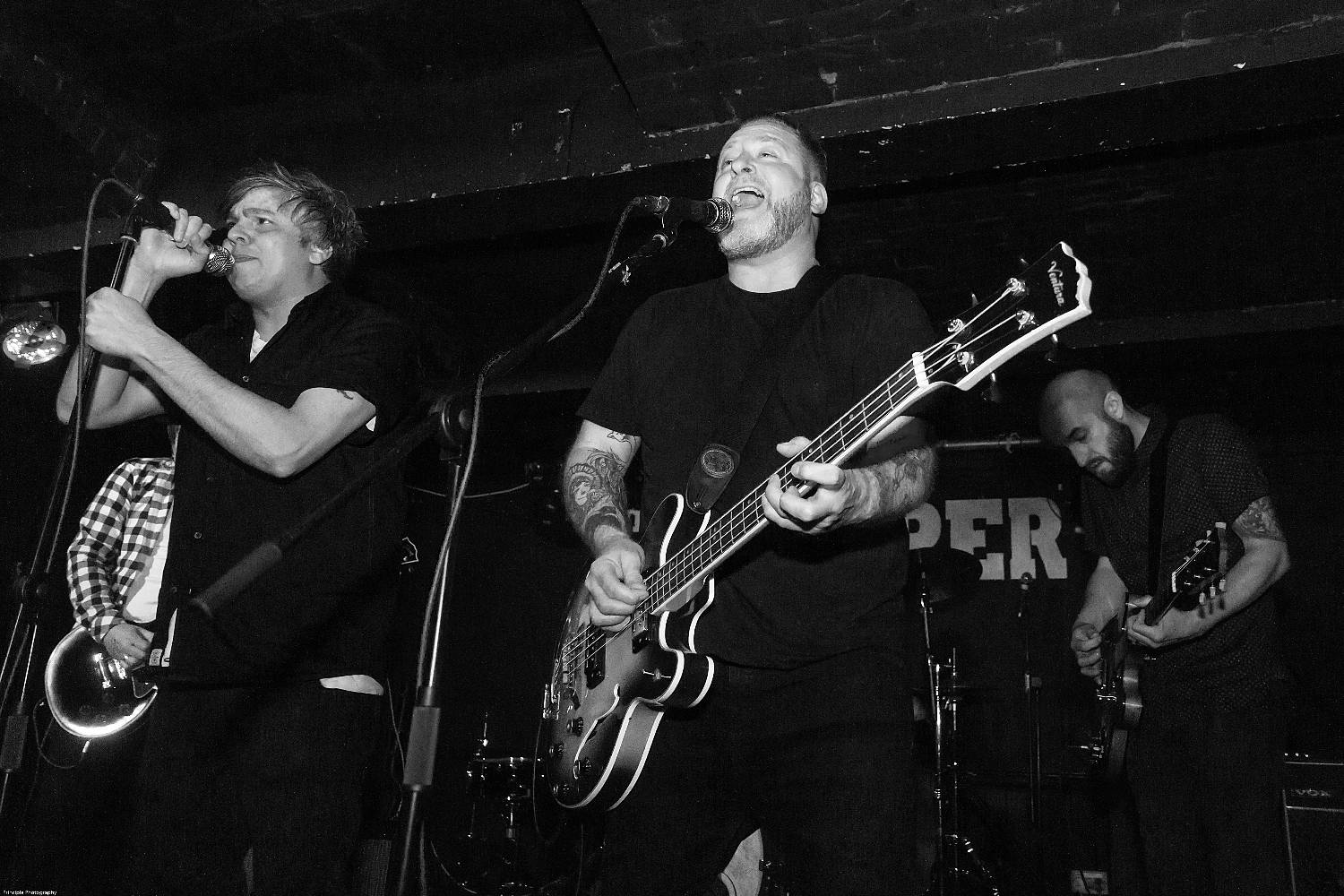