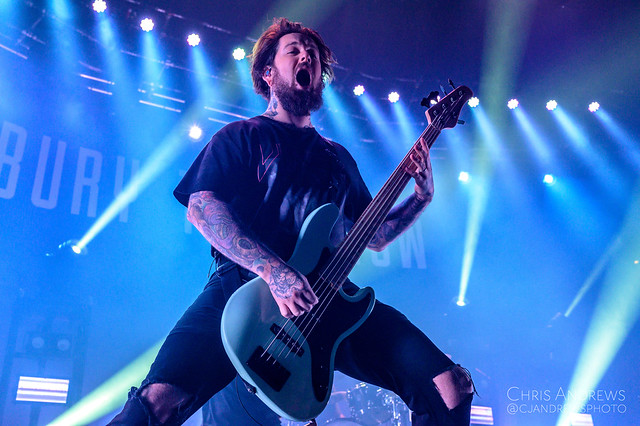 Around this time last year I was lucky enough to cover Bury Tomorrow’s triumphant show at The Forum supporting the release of Black Flame. On this evening, I was at Roundhouse just up the road in Camden for the conclusion of their Europe-wide stint playing the album in full.

Sadly, the flooding impacting public transport in the south of England means much of the night’s openers Blood Youth was missed, but the latter half of their set clearly goes down well with those in attendance. Opening a pit in the middle of the audience, people are keen to get crazy on a Saturday night and forget the downpour outside. The breakdown-heavy music offers a perfect escape, with savagely deep riffs getting even heavier when dropping tempo once again. There are hints of Slipknot coming through in the drum groove and use of samples, and Blood Youth leave an impression even with an all-too-brief encounter.

Following some festive music (and some actual Slipknot) between bands, the main support and British up-and-comers Employed To Serve take the stage. The vocal exchanges between Justine Jones and Sammy Unwin drive their groove-laden hardcore forwards and with it a slew of crowd surfers over the barrier to the waiting security beyond (one guard told me they had 83 surfers come over during the 40-minute set). The music lands well with tonight’s crowd, and the band does not look out of place on such a large stage. The opportunity to catch them on a headline tour in smaller venues next year seems one to be grabbed with both hands. The standout parts of their set are the cuts taken from 2019’s Eternal Forward Motion, and their third album and performances like this seem poised to propel Employed To Serve onto greater and grander things in the future.

Check out the title track “Eternal Forward Motion” from Employed To Serve:

Bringing with them a lighting rig the likes of which wouldn’t look out of place on a stadium tour (from the photographer side of me, thank you!), Bury Tomorrow enter the stage to roars of appreciation from front to back before kicking into “No Less Violent,” the opening track of Black Flame. Tonight’s all about celebrating one of the standout albums of the whole metal scene from 2018, and the entire audience here is ready to party.

Vocalist Daniel Winter-Bates is non-stop in jogging around the stage, jumping and keeping the crowd pumped, all whilst not missing a beat in his lyrical delivery; the man must have insane cardio. As they rip through the album, the pinch harmonic in “More Than Mortal” sounds like a harpooned boar and the quiet breaks in the riff of “Knife Of Gold” are crisp and tight; there’s no sign of letting up by either band or crowd. This comes to a head with “Storm Bringer” seeing the biggest pit I’ve ever witnessed at this venue. “The venue is round, it was made for circle pits” being pointed out on stage.

Last year I proclaimed Bury Tomorrow as the best band on the British metal scene, and that reputation has been solidified even further with this show. On the way out, the group are selling caps at the merch stand which say, “MAKE METALCORE GREAT AGAIN.” Off the back of tonight’s show and the legacy of Black Flame, Bury Tomorrow can conclusively say they’ve achieved that.

Bury Tomorrow’s latest release “The Grey (VIXI)” was played following Black Flame, and the future anthem shows the band haven’t lost any of their songwriting powers: 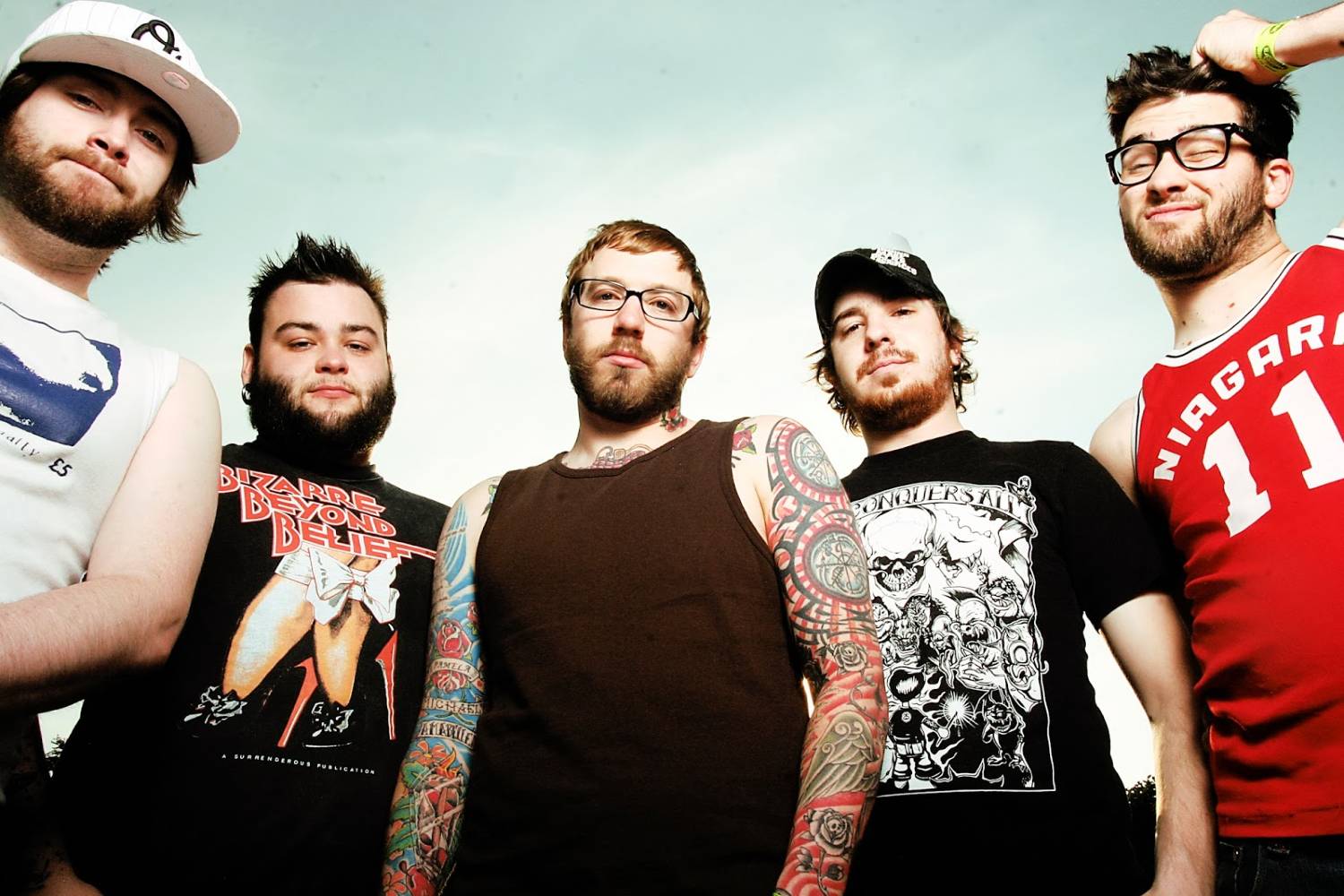 Snapshot: The Hardcore Scene in 2007 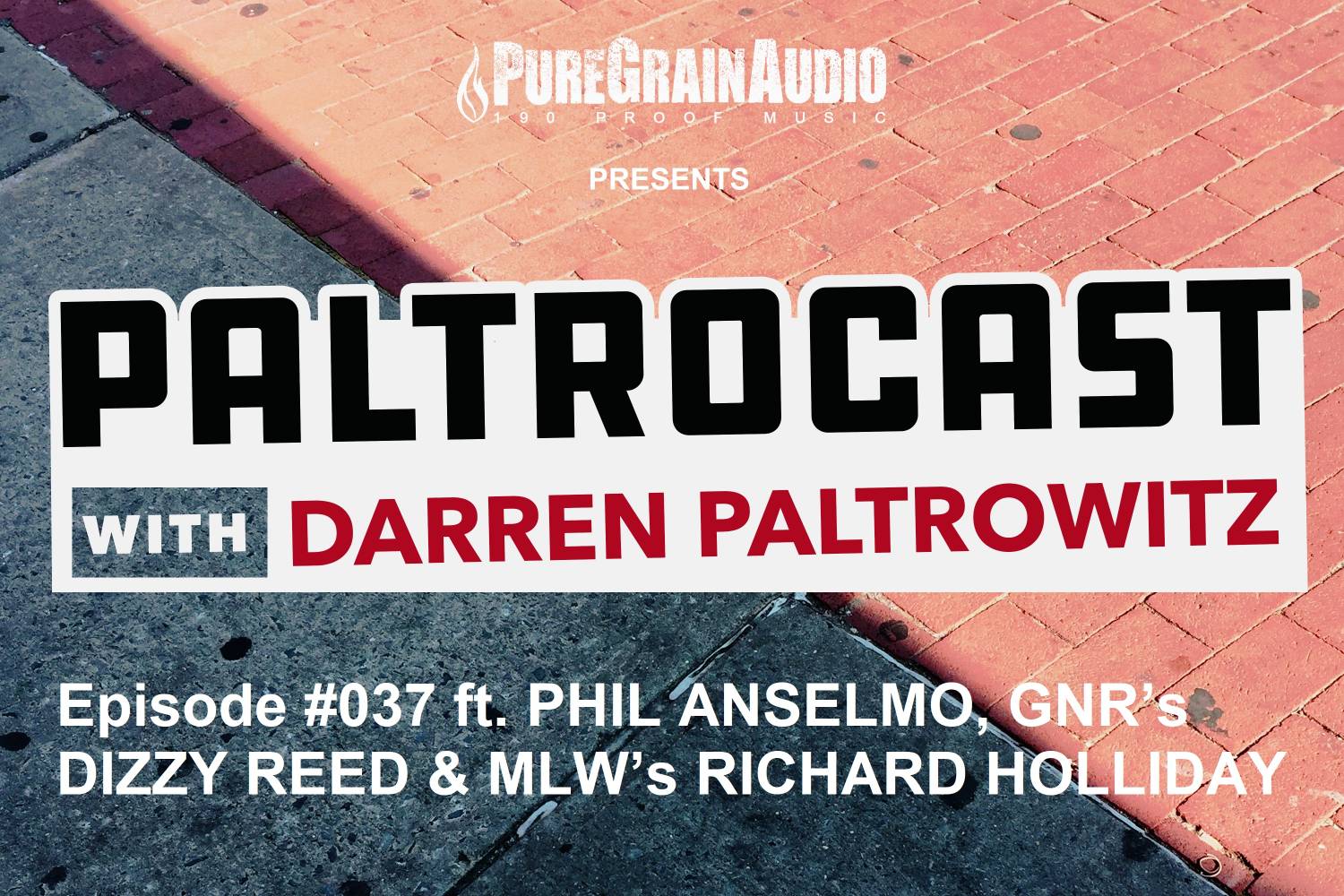