Some people possess a killer instinct, while surf-rocker Wes Chiller has a Chiller Instinct. Chiller is a resident of Southern California where the sun shines bright and makes for the ideal setting for him to fully indulge in his interests, talents and musical abilities. Chiller’s easygoing approach translates musically into the sunny surf-punk which you hear on his new EP Chiller Instinct, just released on October 25th.

The music and culture of his surroundings have left a lasting impression on Chiller, a multi-instrumentalist singer-songwriter whose childhood consisted of a lot of time in the sunny outdoors, strumming away on a guitar whenever he wasn’t grabbing his board for a surf session. While he was earning an Ethnomusicology degree from UCLA, Chiller made the rounds in the local music scenes, playing in various bands composed of talented music students that lived on campus. After five years in LA though, Chiller moved back into the comfortable setting of Capistrano Beach where he built his own studio and began recording his own music, purely out of joy.

While you read on, listen to Chiller’s new Chiller Instinct EP:

Through his own personal songwriting, Chiller began crafting his sound and then became reacquainted with old friend Kyle Krone, former Shys lead singer who liked what Chiller was writing. Krone ended up helping to produce Chiller Instinct, a record that is both tried, tested and true rock n’ roll, combined with underground alternative rock. Through its five songs, the EP primarily sticks to its surf-rock backbone, with influences of various artists from various genres intermixed. It’s a low-key affair that acts as a valuable reminder to just sit back and relax sometimes and stop worrying about every little thing.

With the record out now, Chiller is gamed to be out there playing shows and promoting it as much as he possibly can. We caught up with the surf-rocker to gain some more insight into his new piece of work. So sit back, relax, don’t worry for a few minutes, and read on as Chiller brings you his own track-by-track rundown of his new Chiller Instinct EP.

01. “Chiller Instinct”
– We went full Monty on this one. We wanted to set the tone with some high octane riffing and tearing. It introduces the mentality of the setlist.

Check out the artwork for Chiller Instinct: 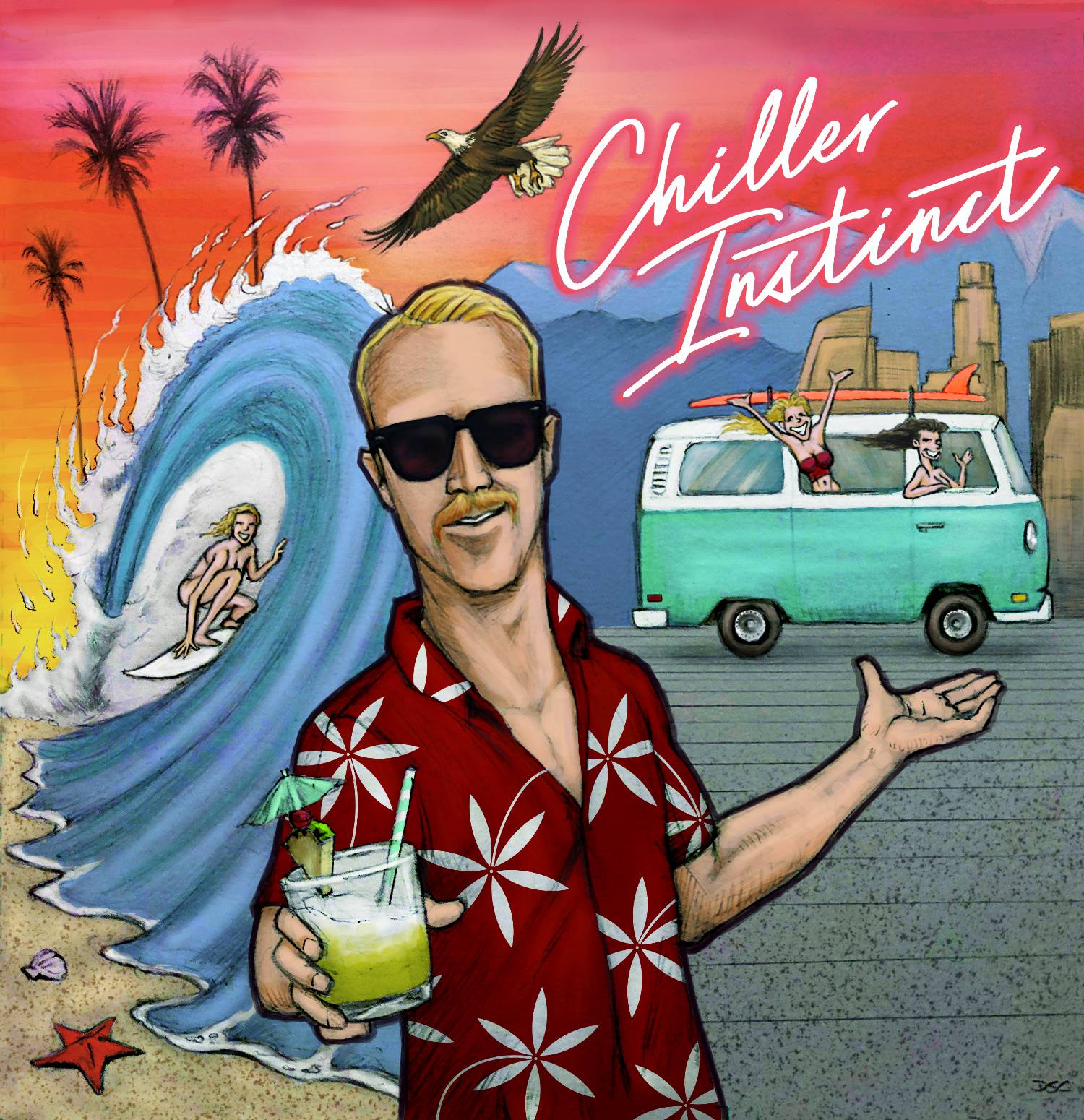 02. “Burning Up”
– This track is an ode to the trapped. It’s designed to empower those to take what is theirs unapologetically.

03. “Inside Your Head”
– It’s a declaration of self worth. The story reflects one’s wasted time in a modern romantic plight and the frustrations that coincide with it.

04. “Mo Nothin”
– The nihilist’s anthem. Crack a coldy and forget about your troubles, obligations, and loved ones. The world moves at a blistering pace. Slow it down with this booze-soaked tale.

05. “Easy Planning”
– A direct reminder to stop and smell the roses. Appreciate the small stuff and have gratitude on a daily basis.

Watch the official music video for track three, “Inside Your Head:”