Here today to scream in your ear, rattle you with reverb, and give you that morning smack across the face to ensure you’re fully “awake” is Never Elected, with their brand new track “Wake Up.” Do ensure you pre-save/order the song right now, via Spotify or Google Play. The Washington, DC quartet was “awakened” (ok, we’ll stop with that pun now) a few years ago, united by the common cause of pushing heavy grunge, influenced by the ‘90s and old school rock n’ roll to the masses.

Soon after forming, they quickly hit the rehearsal room and fleshed out a sound that has no shame in drawing from its influences. Within their first two years of being together, Never Elected released their debut record Down Too Long in 2017 with album number two on the way and very near completion. What has helped the relatively speedy process in gaining notoriety and musical productivity is that the group is led by Sujit Kumar, the well-known frontman for the Indian band Overhung who were at a time part of the Test Your Metal Records roster.

Never Elected will now “Wake You Up,” with their brand new song:

“Wake Up” acts as a bridge between Down Too Long and what’s soon to come with the group’s sophomore release which promises to be heavier and grungier. Commenting on “Wake Up,” Never Elected stated, “Catchy riffs are matched with a catchy vocal melody reaching out to convey a message. The pauses with absolute silence in between the choruses are deliberate to kind of show how we as a society in general, ‘Wake Up’ loudly to a certain problem, think about it, and once it’s all silent, we go back to sleep again, until ’woken up’ to another issue only to repeat the same all over again.”

In listening to “Wake Up,” with its drop D tuning and riff-driven power, you would never believe that Never Elected was a band that began as an acoustic rock duo. When starting out, they were playing acoustic cover tunes that would have made you think that they wouldn’t even lay their hands on an electric guitar. But when is it ever the case that a rock group ends up sounding exactly the way they did in the early days? It’s rare at best. Now, Never Elected are playing extremely high-energy live shows, which see their frontman Sujit Kumar literally climbing the walls. With a new single out and a new album on the way, there is sure to be a lot more wall climbing to come in the future.

“Wake Up!” Check out the artwork for the new song: 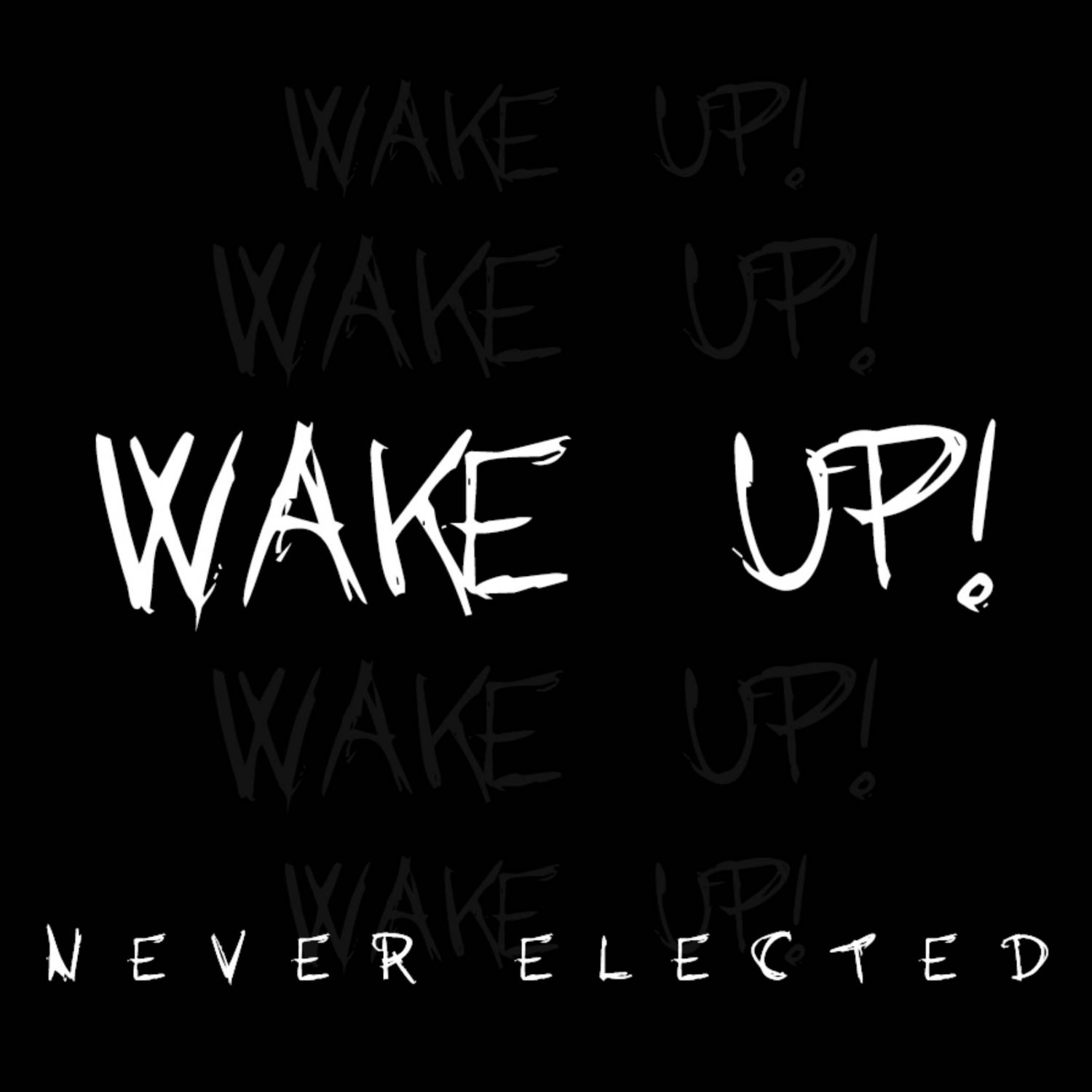