Everyone loves entertainment, right? Entertainment equals fun. It equals escape, amusement, a temporary vacation, even just for a few minutes, from the daily grind. Well, singer-songwriter Isaac Grinsdale has got some Entertainment for you and it comes in the form of his new EP, a deeply personal work in which he recorded and played every single note of what you hear on the record’s four songs. (Pre-order now, via Bandcamp, Apple Music, and Amazon.)

The story of Grinsdale began like so many others, with stints in various rock n’ roll and hardcore acts over the years. Never quite finding that proper fit, he chose to go it alone and significantly change courses in terms of his musical output. He was drawn to acoustic music, which is what he’s settled on as the focal point of his solo career. Despite his preference for acoustic instruments, Grinsdale does not restrict himself within genres, having done that enough when he played in other bands. Instead, Grinsdale chooses to focus on what he likes, rather than whether it’s within the confines of his “sound.”

Prepare yourself for some Entertainment with the new EP from Isaac Grinsdale:

Grinsdale attempts to push his musical boundaries by forcing himself to be a better artist. It’s the way he approached Entertainment, a collection of original and unconventional songs. The rich and sometimes unusual chord choices, plus Grinsdale’s impressive ability as a multi-instrumentalist, are what make the EP truly stand out as an important piece of work in a market full of unoriginal musical clones. The artist even mixed the record himself, showing his talents in the post-production phase of record creation.

Out of the four tracks on Entertainment, there’s one that truly stands out for Grinsdale. As he explains, “Of the four songs on the EP, I have the most emotional connection to the song ‘Entertainment.’ This is why it became the title track. It’s about having to face the world as it is, which can be desperately difficult for many of us. But also that music and other forms of art can act as a counterbalance. It was inspired by a hardcore night I was at a few years back. I came up with the idea that they were ‘Heros’ on the stage: That by the band expressing themselves through music, we were all gaining something positive to take back into our lives.”

Watch the intimate music video of Grinsdale performing “Teach You:”

Thus far, Grinsdale has supported acoustics acts such as Jon Gomm, Nick Harper, and Beth Orton in her new acoustic band. With his EP now just a few days away, Grinsdale is getting ready to head out on the road for a major tour of the UK with dates to be announced soon. You can be certain that it will be an evening full of Entertainment.

That’s Entertainment! Check out the accompanying artwork for the new EP: 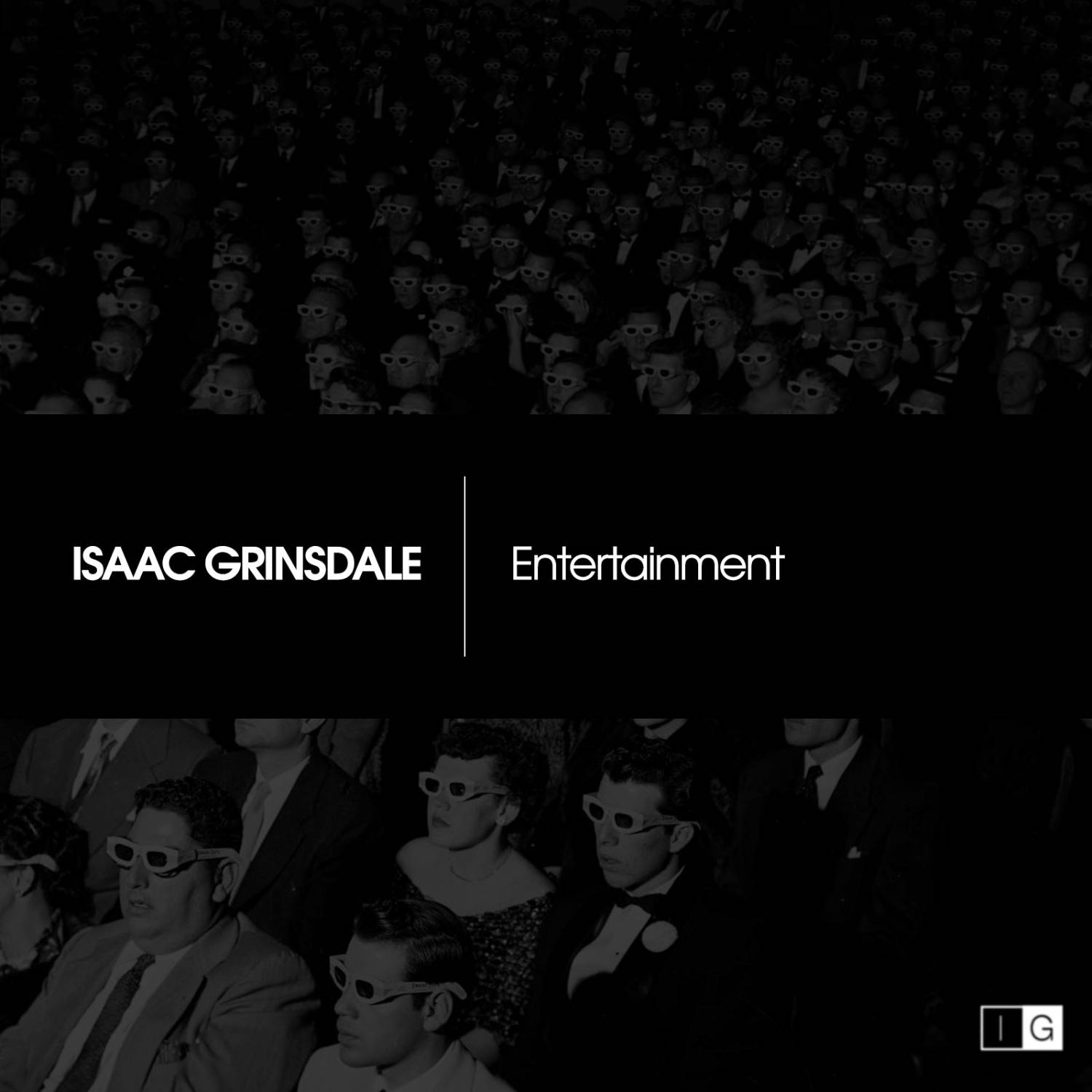