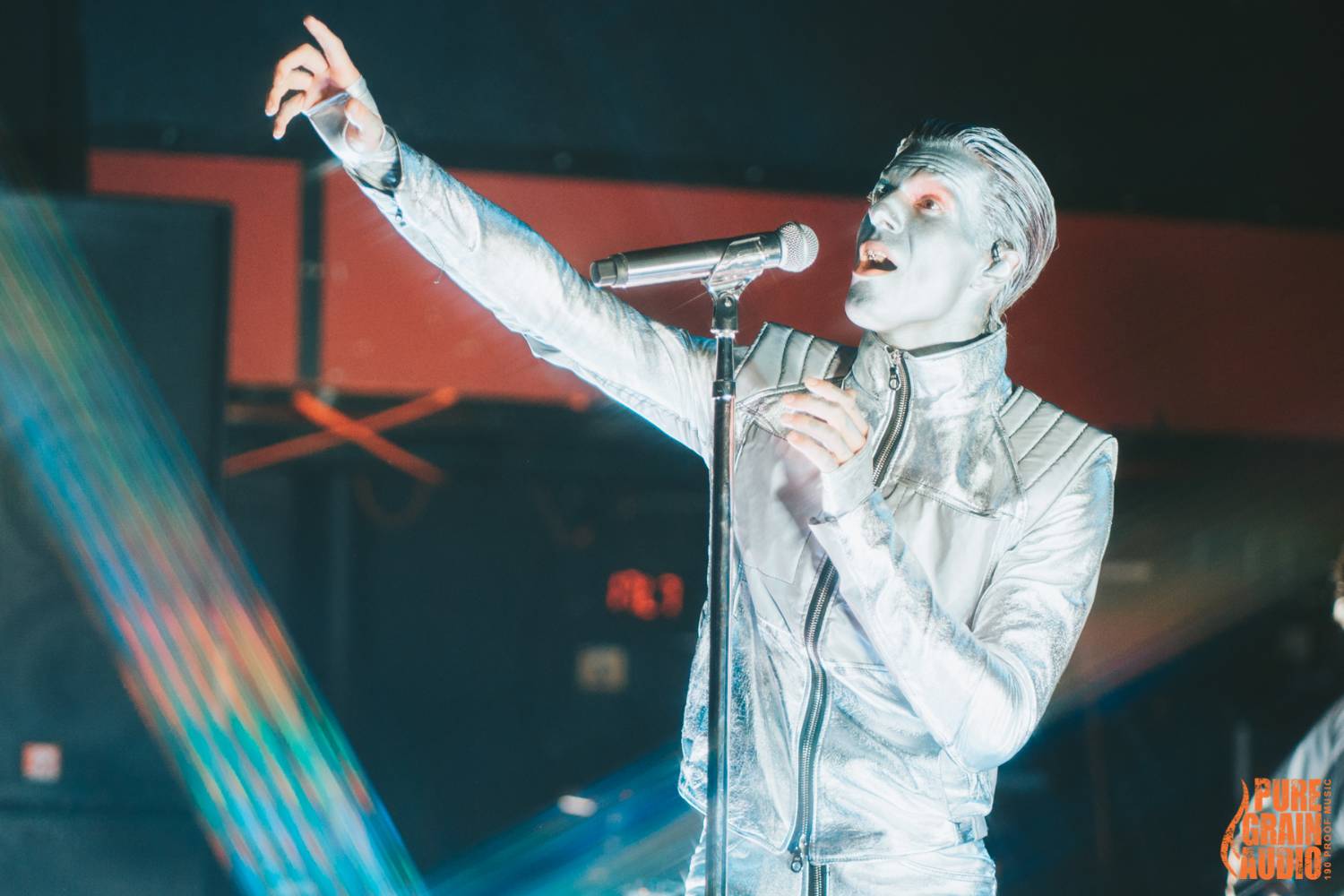 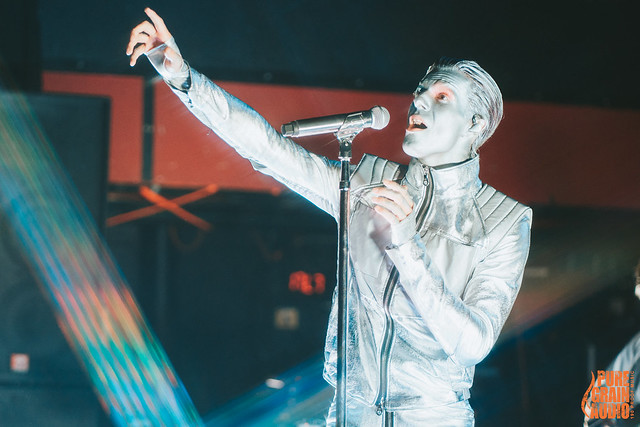 November began with a bang on Friday night when The Neighbourhood brought their Middle of Somewhere tour to Revolution Live in Fort Lauderdale, Florida. The sold-out show was full of surprises and made for a truly unforgettable night, and the headliner’s had two great openers out with them.

Claud kicked things off for the already-packed early crowd and received an incredible response from the audience. Fans were screaming “I love you!“ and asking, “what song was that?“ after every other song, so it’s clear new fans were made. Formerly known as Toast, Claud is now out on a solo project, which is already rising in popularity. They played an enthralling set that included tracks from their new EP Sideline Star, including title track “Sideline Star” and “Wish You Were Gay.”

Watch the recently-released Slow Hollows music video for “Come Back In:”

Slow Hollows also had incredible fan response, one like no other that I’ve seen over the years. The band owned the stage and played well-known tracks “Nerve” and “Hospital Flowers,” amongst others. A smile never left the member’s faces, and they even said in agreement that the crowd “might be the best one yet.“ That, of course, generated an even bigger response, and that’s when it was clear that these two openers created the perfect atmosphere and anticipation for a proper send-off for The Neighbourhood’s reeling performance.

During the set change, I noticed a chain hanging from the ceiling, behind the black curtain that was placed for the opening track. What was to come was completely unexpected and unlike anything I’d ever seen before. When it came time for The Neighbourhood to hit the stage, lead singer Jesse Rutherford came out covered in silver paint and in a silver suit, with an acoustic guitar in hand. Before fully stepping in front of the curtain, he peeked out from behind toward both sides of the crowd, which triggered screeches that could be heard all throughout downtown Fort Lauderdale.

Sometimes love is so scary that it’s “Scary Love.“ Watch the music video from The Neighbourhood’s self-titled album:

For the first three songs, Jesse performed as Chip Chrome, solo during the first song. After blowing through an energetic first two songs, “Lost In Translation“ and “Wiped Out!,“ Rutherford (or Chrome, I should say) fled the stage for nearly five minutes while the band played an intermission. When he returned, he was free of silver paint and in a new suit, sans shirt. All of a sudden, the chain made sense. With a running start, Rutherford jumped onto the chain and swung about, reaching nearly eye level with those on the balcony as he swung back and forth over the crowd on the floor.

The band clearly has beefed up their performance more than ever and created such an incredible memory that will not be forgotten. Of course, they performed their hits “Afraid,“ “R.I.P. To My Youth,“ and the timeless “Sweater Weather,“ along with new and old that fulfilled the long-anticipated wait for that night with an eighteen-song setlist. It was the band’s first headline performance in the South Florida area in years, and based on the crowd reaction and capacity, they should return to the area more frequently.

The Neighbourhood’s self-titled third record was released on March 9th, 2018 via Columbia Records: 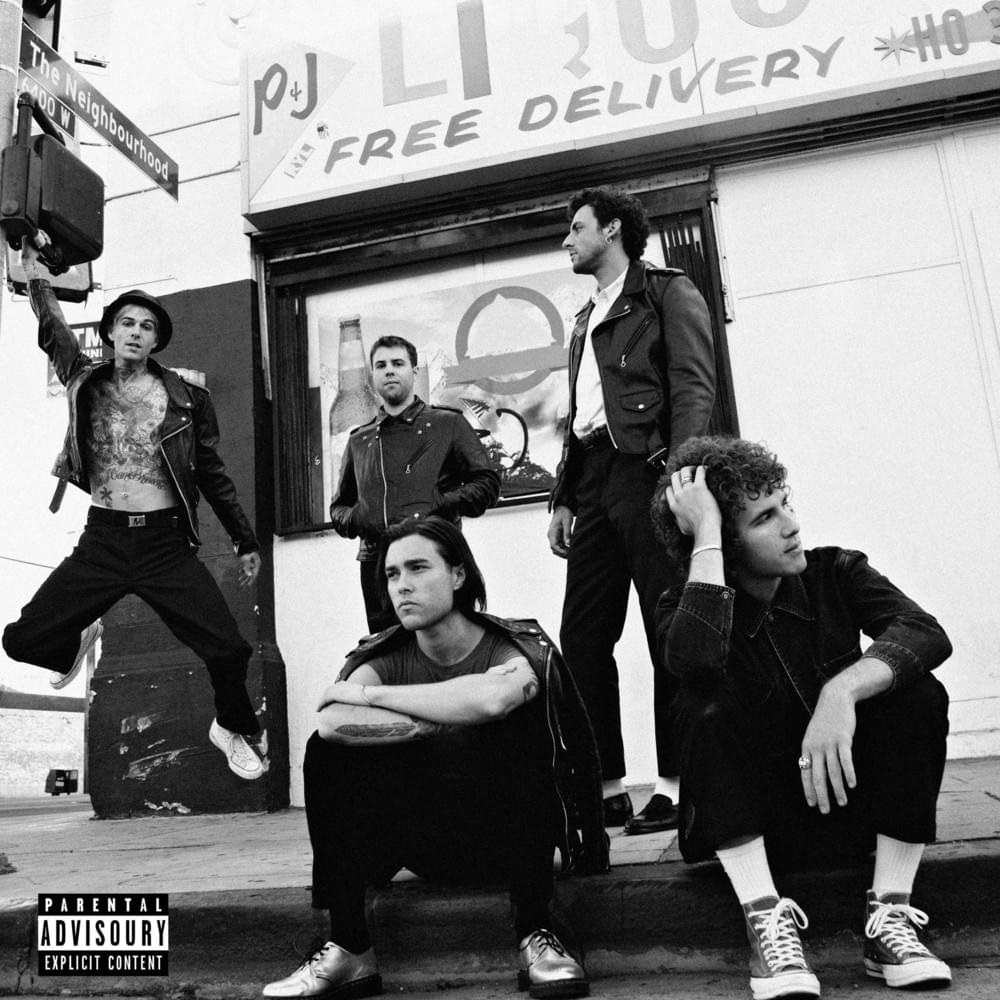