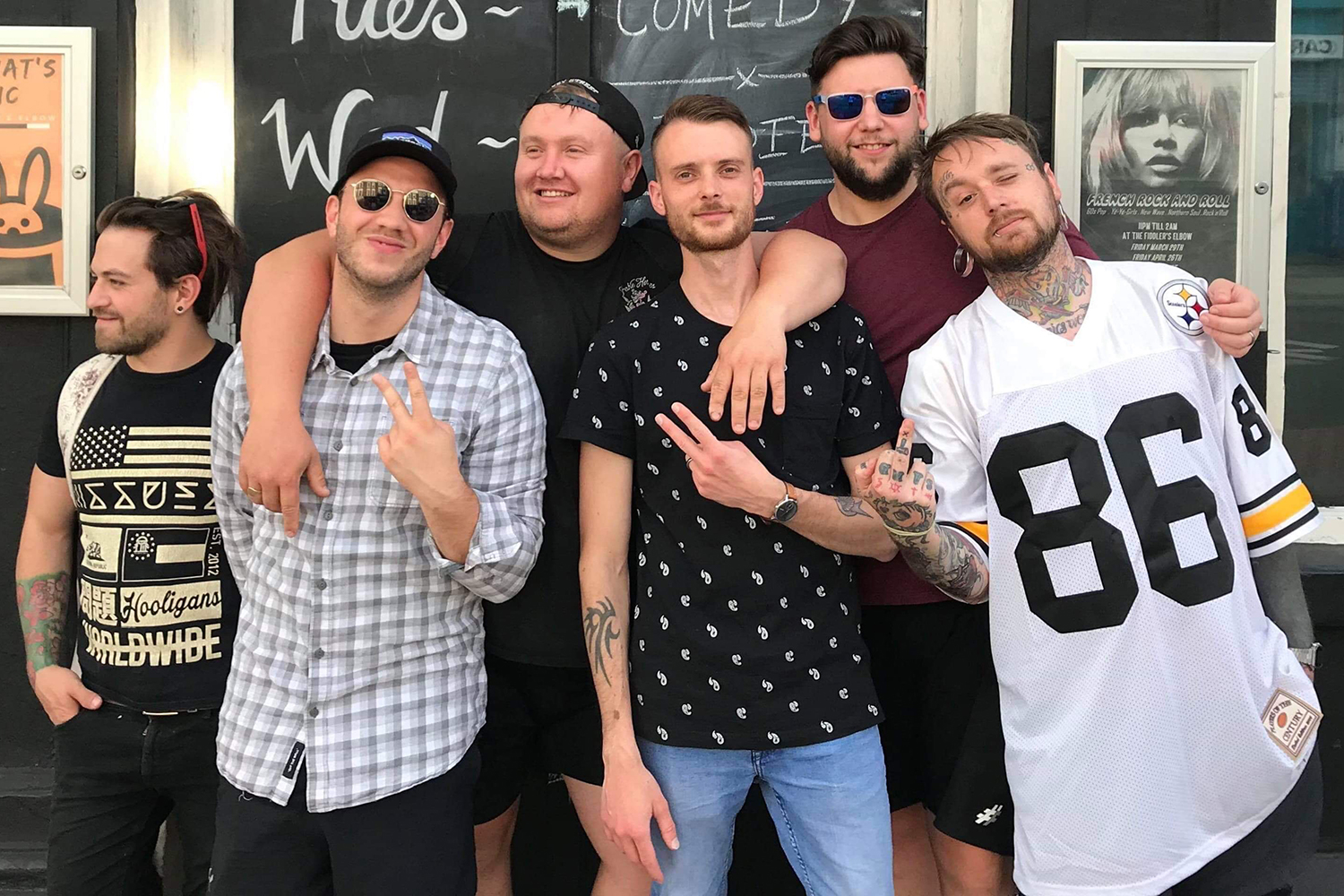 Stereo Six: UK ‘Easycore’ Crew A NEW HOPE Talk Us Through the Songs that Inspire their Sound

UK easycore crew A New Hope have just dropped their energetic new single, “The Triggering”, out now via all platforms. The single perfectly demonstrates their catchy as hell, upbeat sound so we asked the band to pick six tracks that had a major influence on them.

Before that though, check out the video for “The Triggering” here:

01. Till We Drop – “Dedication”
– Huge, high energy riffs. Big chunky breakdowns with a tinge of melancholy and sadness wrapped up and presented in one song. This was a track from that opened up the collective ideas for us of integrating some of the guys love of metal core and heavier music into a lighter sound. Riffs? Check. Big beats? Check. Breakdowns and lows? Check.

02. Issues – “Princeton Avenue”
– Issues first big EP release brought with it a whole slew of ideas that weren’t widely used in rock at the time. The R ‘n’ B style vocals, the tightly integrated samples acting as transitions and instrumental breaks. It all gelled into this “perfect storm”. This was huge for its time and pretty much all of us have songs by Issues that we blast on the reg. Other artists have tried but Issues still do it best.

03. Pierce The Veil – “Bestios”
– A blast from the past this really. PTV get tarred with that emo/scene brush quite a lot but behind that image is some really good music. Mad, oscillating vocal hooks with layer upon layer of depth to be picked through. Rolling southernesque riffs and an attention to jamming each second with an ever changing tapestry of ideas and heart felt lyrics. What’s not to like?

04. Four Year Strong – “Heroes Get Remembered, Legends Never Die”
– Where to begin with this one? Would have been so easy to just name five songs off rise or die trying that would have been a motivating factor in making our songs. Upbeat major key riffs and criss crossing machine gun harmonies presented in a genre defining package. Sing-alongs, breakdowns, gang vocals. It’s got it all and the saddest thing is we didn’t write it ourselves.

05. We Came As Romans – “To Plant A Seed”
– We Came As Roman‘s debut full length was chock full of bangers but this sticks out as a high point. Churning metalcore riffs and hints of electro dancing across the sound scape have kept this firmly in line as an influencing record. The layers, the chunky riffs and pounding drums, the undeniable sadness made more so by the passing of their clean vocalist Kyle Pavone.

06. Napoleon – “Of James, Smokes & Promises”
– Posi vibes and groovy riffs for days. These guys pack more riffs into one song that most bands fit in a whole album. The Newborn Mind album holds some really good memories for a few of us, and we often go back to it for a hit of inspiration.