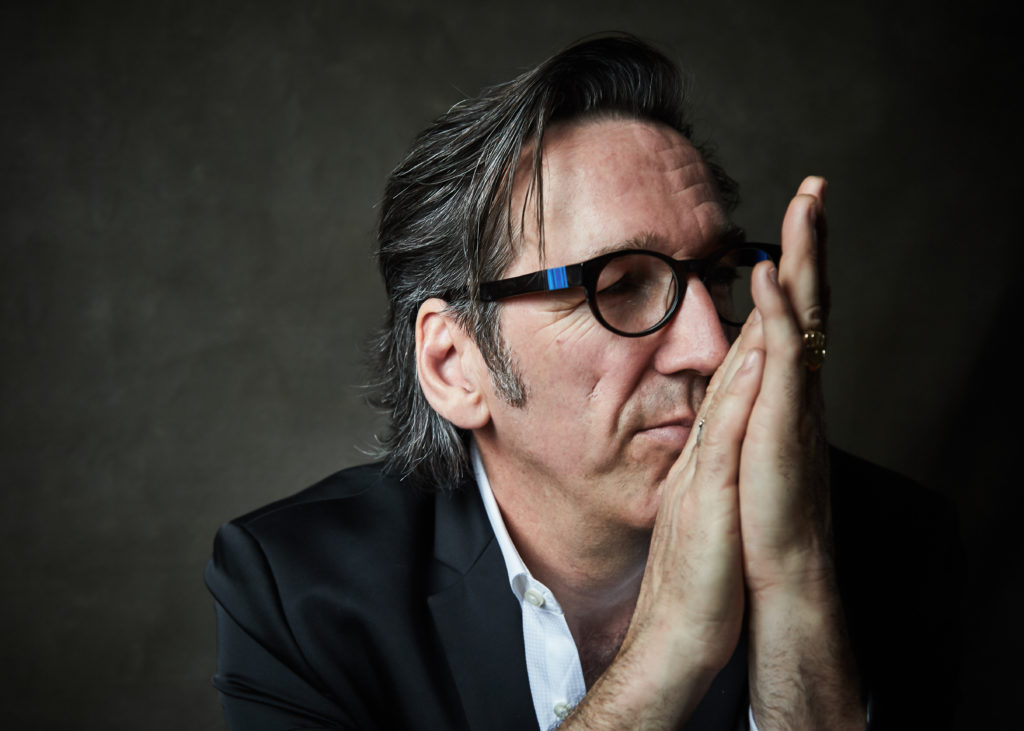 Stephen Fearing Goes Inside His Latest Album ‘The Unconquerable Past’

On his 13th solo album, The Unconquerable Past, multi-JUNO Award winner and co-founder of Blackie and The Rodeo Kings, Stephen Fearing continues to demonstrate why he’s been regarded as one of Canada’s great musical storytellers — not to mention one of its most acclaimed guitarists — for the past three decades. The Unconquerable Past, out November 15th on his own Fearing & Loathing label, adds some new twists to the plot and once again highlights his restless creative spirit.

While fans of his solo work may be more familiar with Fearing’s acoustic side, brilliantly displayed on his 2018 special vinyl-only release The Secret of Climbing, or his electric-trio work on 2017’s Every Soul’s A Sailor, The Unconquerable Past finds him stepping back into the wide-screen world of layered instruments and arrangements in collaboration with Winnipeg-based producer/songwriter Scott Nolan (William Prince, Mary Gauthier, Hayes Carll) and a superb group of players featuring acclaimed pianist Jeremy Rusu, bassist Julian Bradford, drummer Christian Dugas, vocalist Andrina Turrene, and Nashville’s legendary multi-instrumentalist Jim Hoke.

Like other artists who are loosely categorized as ‘folk’ and ‘Americana,’ Fearing questions what those terms really mean. The Unconquerable Past can be seen as embracing and transcending the labels and genres simultaneously. We’re thrilled that he was able to give us his own perspective on the album’s 10 tracks.


01. “Born To Break Our Mother’s Heart”
“A co-write with Tom Wilson, I loved the first line—‘I left my hometown for salvation, came back banging on my drum’—and knew once I started writing the other tunes that this song would fit well. When Jim Hoke overdubbed his harmonica part, I felt like he brought something really special to the song, capturing more of the sweetness than the bitterness inherent in the lyric.”

02. “Gold On The River”
“This song is the second tune I worked on after writing the title cut. I knew that the phrase ‘the unconquerable past’ was going to influence the whole record somehow and I hear it in this tune. I don’t think any of us can ever pinpoint exactly where we turn from focusing on the future, to looking over our shoulder, we just become aware that we have crossed that river without even realizing it.”

03. “Stay With Me”
“I laugh when I think about this, but the biggest influence on this tune was Ben E. King’s ‘Stand By Me,’ a song I have loved since I first heard it. I was trying to get under the hood of that song and wrote this one; obviously the titles bear more than a passing resemblance but if you listen past the clatter you can hear echoes of that lovely song in between the lines. I was a teenager when punk and post-punk bands were stalking the land killing off the old blues-rock-boogie bands. I can hear that in this song too.”

04. “Marie”
“I am somehow shocked by the lens with which we see each other these days—post-Twitter, post-Facebook, the unvarnished, raw expression of opinions and often the degree of misogyny, racism and bigotry bubbling under a thick veneer of ignorance is breathtaking.”

05. “Someone Else’s Shoes”
“One of the especially notable thing about humans is our ability to love and to form very complex communities. Much of this comes from our understanding of each other, our empathy and our love. Without which, I believe we are well and truly fucked.”

06. “The Unconquerable Past”
“That old quote, ‘Those who cannot remember the past are condemned to repeat it,’ is often attributed to philosopher George Santayana in 1905. My sense is that currently, on so many ‘issues,’ we are throwing the baby out with the bathwater and the past will do what the past always does, namely kick us very hard and repeatedly for ignoring and forgetting the lessons we have already been taught.”

07. “Sunny”
“Another look at the overwhelming power of love. For ourselves, for each other, for our children—wherever their paths take them. Love is a lion.”

08. “Christine”
“This one basically asks the questions, is there love and rock ’n roll after 50?”

09. “Emigrant Song”
“I was born in Canada to an Irish mother and English father, and I am familiar with the relentless pull of ‘the old country’ on the emigrant’s heart. Just ask any Newfoundlander in Fort McMurray—you still love the place you had to leave. I wrote this with Andy White, and both of us, in our own way, found a place in this song.”

10. “No Country”
“Scott Nolan presented this song to me as a potential co-write idea. I pointed out to him that the song was already well and truly written(!) It’s such a great short statement and a perfect coda to the album. In the end, after all is said and done, we are entirely responsible for ourselves. All I have in this world is my word and my name.”