The Slovakian horror punk group known as The Karnsteins released their new album Rot as fast as it gets! on Halloween (October 31st, 2019), and it can be streamed online via most major retailers such as Spotify and SoundCloud. The new recording, which can be streamed just below via Bandcamp embed, was recorded in Bzenec, Czech Republic at the studio SHAARK.

Included on the band’s latest offering are eighteen ripping, aggressive-yet-cheerful new tracks that will please any fans of horror punk. The album also includes distinct elements of thrash metal, crust, hard core, gothic rock, D-Beat and psychobilly, in case you were hoping for more variety. Check out the album, lead music video, and cover artwork below, the latter of which was done by the comic and sci-fi literature illustrator Juraj Maxon.

You can listen to the entire album here:

“Flashes of My Deadly Blade” is the album’s lead music video: 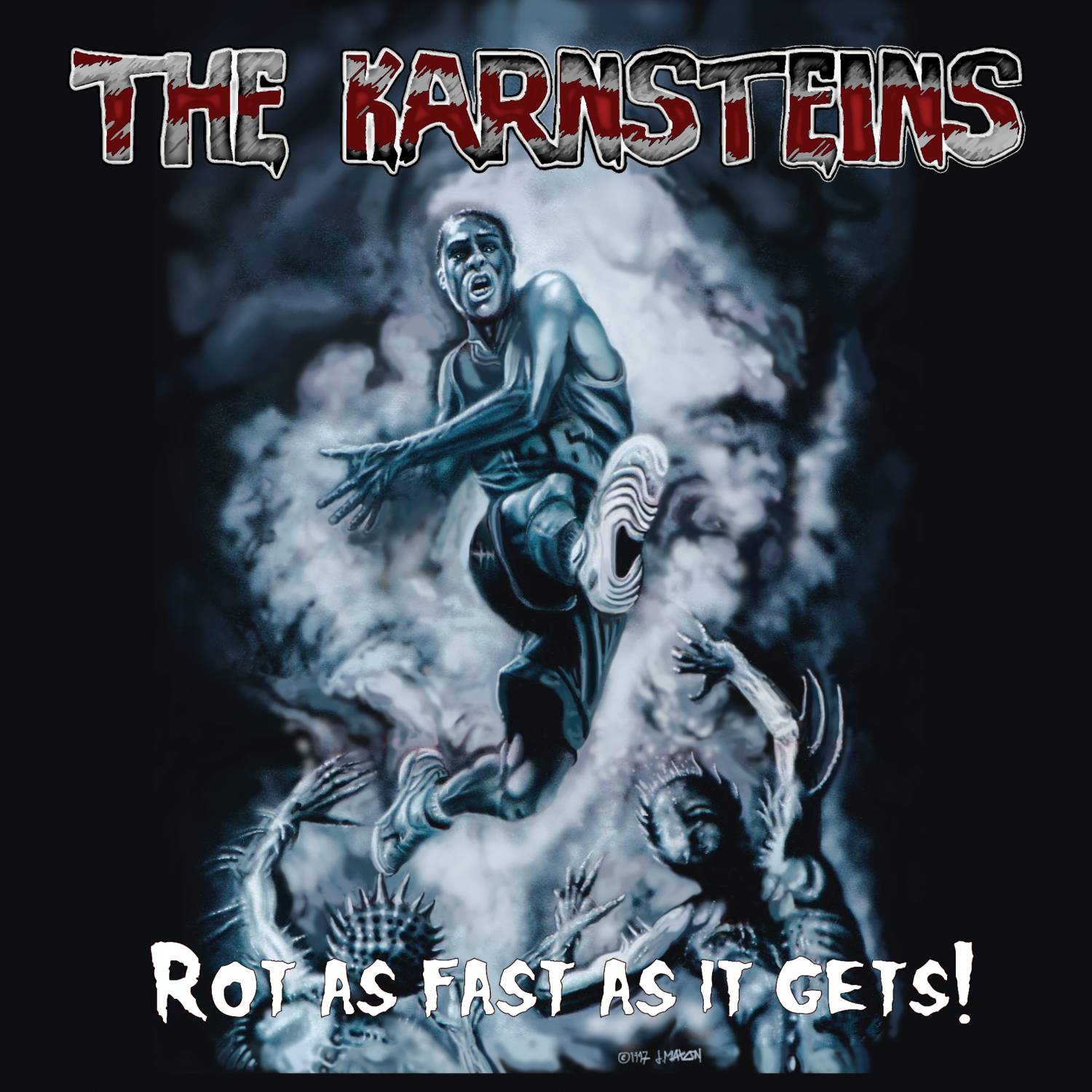