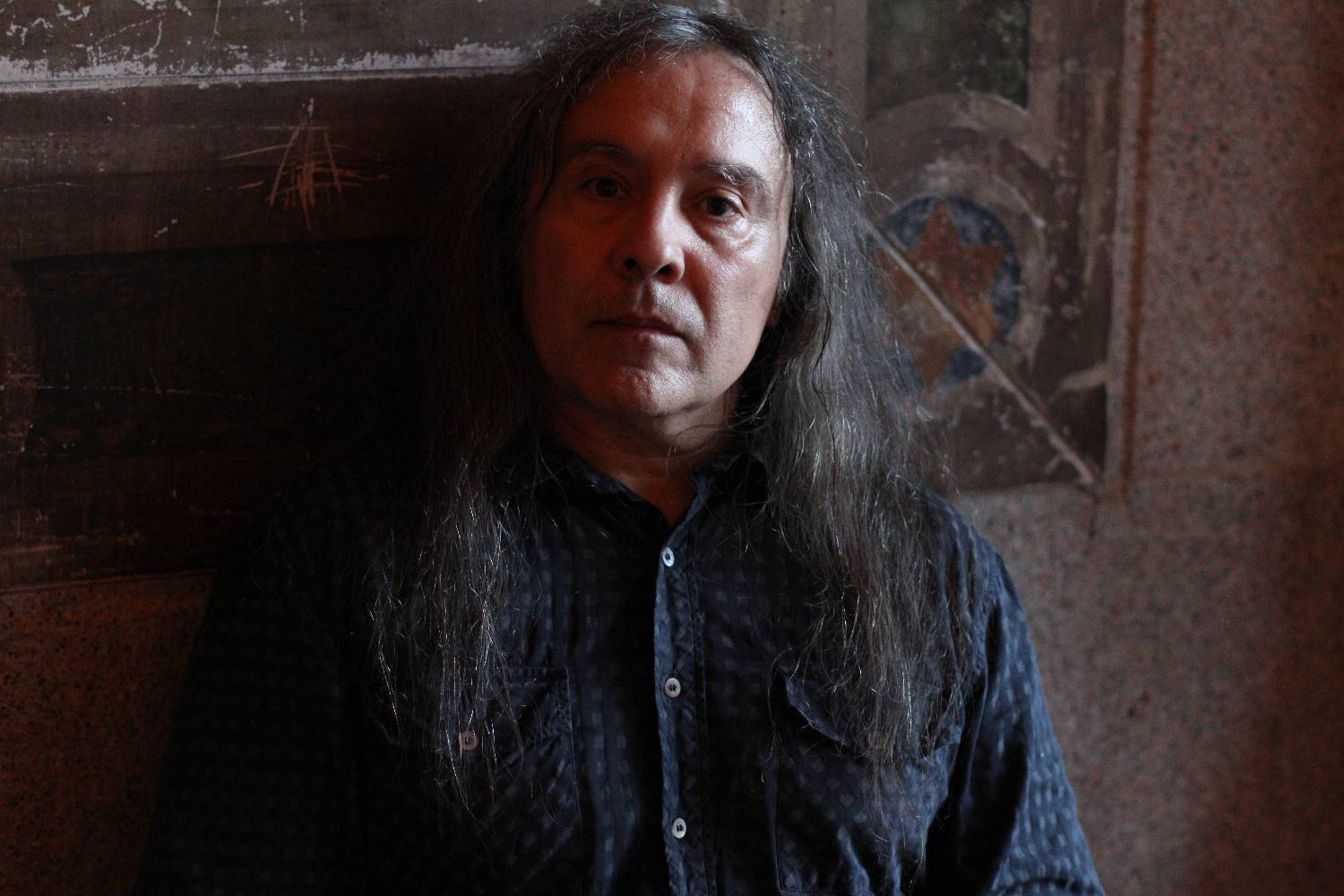 While he may not be a name that is instantly recognizable within the confines of mainstream music, New York producer and musician Martin Bisi has been a central figure within the city’s avant-garde music scene for the better part of four decades. Bisi has been well-known in this time within the music underground, largely as a result of his outstanding work in the studio, recording landmark albums and songs by a wide range of musicians from all genres, including Brian Eno, Bill Laswell, Sonic Youth, Swans, Helmet, Herbie Hancock, Fab Five Freddy, John Zorn and many more.

Never one to throw his name around, Bisi tends to only produce music for musicians who are drawn to him. In other words, it’s never him putting out flyers on recording for musicians he is interested in. You can also toss in some more modern work as a producer of hip-hop and noise rock musicians, truly rounding out an unparalleled resume of respect and success. While not producing for other musicians, Bisi records for himself and released Solstice (purchase here), his first solo album in five years earlier this month. This is his sixth solo record and ninth release overall.

Solstice is just as original as his production work as the album is split into two segments, Summer Solstice and Winter Solstice with each half sounding very different from the other. Solstice was recorded between California, New Jersey and the United Kingdom, all in the effort of recording in-person with the album’s various collaborators. All this raw material was then transported back to Bisi’s BC Studio in Brooklyn where he produced it and melded it all together. With such a storied history in the music industry and a new album to discuss, we grabbed time with Bisi to talk about Solstice, his unique approach to recording, love of improvisational recording, and favourite experiences producing music for others.

Check out Bisi’s eclectic brilliance with the music video for “Sin-Love-Hate” from the album Ex Nihilo:

It’s somewhat of an understatement to state that your approach to your music is very unique, featuring operatic vocals, heavy guitar, and even synths. How did you develop such diverse tastes in music?

Martin Bisi: “I think a lot in creating or developing music can, or should be, opportunistic, somewhat like Darwinian evolution. Basically via accident, what grabs you, and go from there. The operatic vocals happened because I know a singer, Amanda White, and I asked her to sing on one song of the previous record, Ex Nihilo. And she was so fast that we had her sing on more, and then now on the new one. Synths are not something I conceived of beforehand. Someone asked if they could store synths at my place, and that I could use them. And I felt guilty for passing up the chance. They were beckoning me from the corner. Well, that’s the way I am, I rely on, am open to happenstance.”

Solstice is your first new album in five years and sixth full-length overall. What made now seem like the right time to release something new?

Bisi: “My earliest records were more of a commentary of the moment. I wanted my last two records to be very defining of who I am, maybe because I felt like I was nearing the end of my life (I hope I am not), without having expressed that. So leaving a bit of time between them seemed to enhance that feeling. My next album will likely feel like more of a contiguous vibe unfolding, so it will happen sooner.”

Now Solstice, as an album, is separated into two sides, with Summer Solstice on one side and Winter Solstice on the other. What separates the two sides that you decided to split them up with distinctions?

Bisi: “The decision of doing two sides based on halves of the year and their solstices came first. Then choosing the material came second. That also required me to think about my different mindsets around the times of the winter and summer solstices, and also what people tend to do around those times. So, the summer one is more of hitting the streets and rebirth. And winter is the opposite, hence the title, ‘Unbirth,’ of the contiguous piece on the Winter side.” 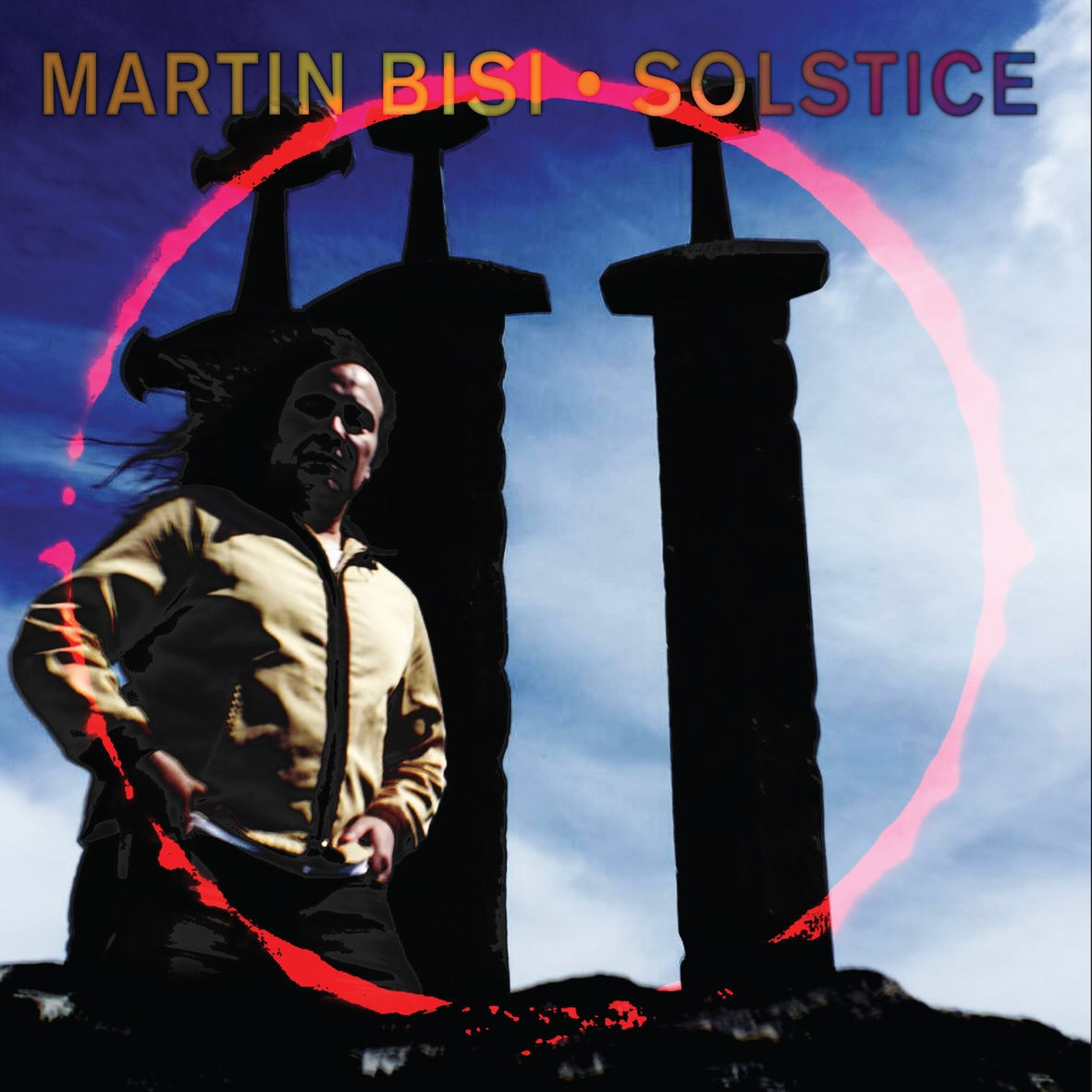 If we had to talk about a musical classification for Solstice, how would you describe this record? Offer us a few words on its sound and musical style.

Bisi: “I guess post-punk is the new ’alternative’ or ’indie.’ I like keeping the classification vague. Any experimentation is coming from a rock place, informed by jazz, rather than the other way around. So I can reluctantly go with ’noise rock’ too, though I’m more vocally oriented than that implies.”

In writing and composing your own music, how do you tend to work? Is Solstice a completely solo effort? Or did you seek out any collaborations to assist along the way?

Bisi: “People make their parts, drums, in particular. So yeah, it’s collaborative in that way. But typical to many musicians, there’s a minimum of talking. It’s down to the equivalent of grunts: ‘good, fast, hard, soft, happy, angry, now, stop.’”

It’s very interesting that much of Solstice was composed in an improvisational kind of way. What motivated this type of writing approach for this record?

Bisi: “I had the naive and overdue realization that some things only happen via improvisation with others, in real-time. So I knew I wanted to grab that, though grow it into songs. Some of Solstice, maybe one-quarter to one-third, is written though.”

Also from Ex Nihilio, watch the music video for ”The Mermaid Queen”:

Did focusing or relying on improvisation make it more challenging to compose Solstice? Or did you find that it allowed you to go places musically that you had never gone before?

Bisi: “Moulding improv into something more closely resembling a written piece is disproportionately time-consuming and difficult. Basically you fast track the initial conception of a piece of music, due to a spontaneous collective effort, but then it’s a massive effort to sort it out and build upon. So there’s a trade-off: something outside what you would normally write, but then a higher cost in time and sweat.”

In addition to being a musician with your own recording career, you are a distinguished producer and engineer for other artists. What did you initially see yourself doing with your career? Releasing your own music? Or producing? Or perhaps both?

Bisi: “I got the studio space, what would become BC Studio when I was 18 years old. I had no big plans to engineer professionally or start a studio. At that point, I just enjoyed occasionally doing live sound and wanted to learn a bit more for possible touring with New York-based bands I liked. I also enjoyed drumming. Really everything was on an amateur level, but equally balanced between personal creativity and working for others technically. Soon though, I saw studio work for others as the most exciting path, a reflection of the times. Now they are back to being equal.”

You have produced music for a ton of musicians, with credits to your name including Herbie Hancock, John Zorn, and Ginger Baker. What do you enjoy most about producing? Is it the challenge? Or perhaps the collaborative process it requires?

Bisi: “Working on cool stuff that’s not widely known is always the most interesting. Working with the legends is educational (like Ginger Baker) but brings less of what I’m seeking. I like being in touch with the zeitgeist, on a grassroots level, and new perspectives. I don’t really like searching for new music in order to do that. I’d rather just get stuff filtered to me via multiple projects happening at once in the studio.”

For a sample from Solstice, listen to the song ”Ode To Freddie Gray:”

I realize this is somewhat of a difficult question, but I’m going to pose it anyways. From all of the music you have produced, what would be your favourite experience?

Bisi: “I’ll stick to something recent. I just finished a project mixing Roomtones, a new band. I didn’t record it, but that made the mixing more interesting. We did more re-amping of sounds in my room than usual, trying to give it a ‘BC’ quality even though it was recorded in a very DIY way. And it was great seeing the concept of the sound grow in the mixing process.”

I’m also going to ask another difficult question. What was your most challenging production effort and what particularly made it so challenging?

Bisi: “Extremely long mixing, with a lot of changes in direction, and ambitious new ideas added in the last hour. The end of a mix should be about finessing what’s already been built. The undisputed king of the long mix is still Michael Gira, though there are a few people who’ve gotten close, results still always good though.”

Finally, with 2019 coming to an end soon, do you have production efforts lined up for 2020 yet?

Bisi: “Things that will be finished in 2020, that are being worked on now are: Dares, Echo Moth, Arpalice, Cinema Cinema, Astroturf Noise, Roomtones, Smashing Humans.”