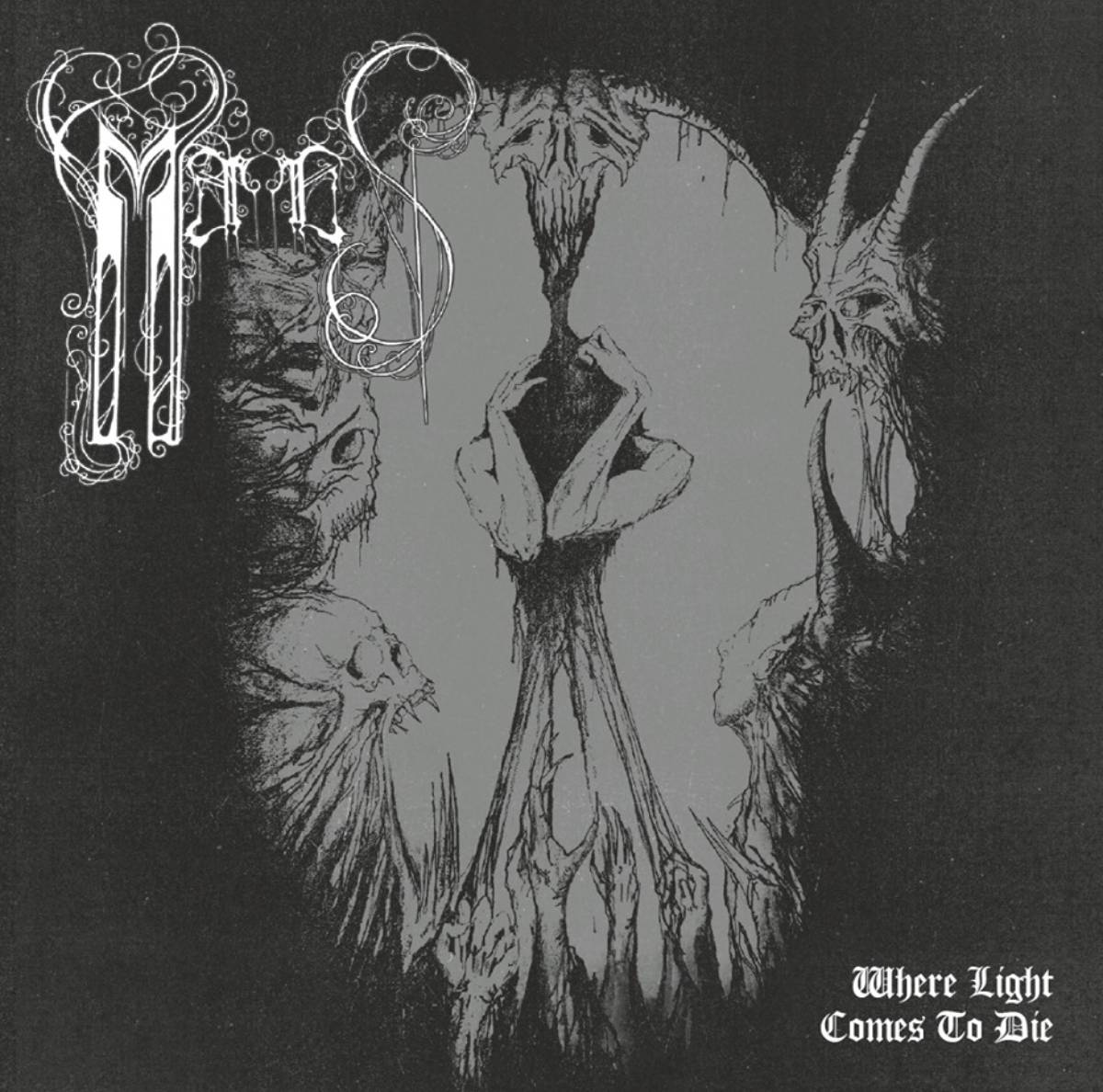 Alongside all of Scandinavia, Finland has been a beacon for black metal for decades; beginning with the likes of Beherit and Darkthrone in the ‘90s. Black metal itself has experienced an extraordinary amount of rehashing and tweaking over the years, building subgenre upon subgenre from this cold, frantic variety of extreme metal. There are some bands, however, who wish to maintain the elements of old – Marras appears to be one such group, here with their first offering, Where Light Comes to Die. While it is this project’s debut, Marras features members of larger Finnish black metal bands, the biggest of which being Vargrav.

We are introduced to Where Light Comes to Die with strong DSBM elements, heavily distorted and raw quality guitar, in “Overture of the Lonely Journey,” which immediately distinguishes any light around the record and creates a damning, and melancholic mood. Melodic chanting in the background aids the immersion and compliments the dark wave which initially crashes towards the listener. However, the DSBM twitches subside as the intensity of harsh, raw black metal erupts in “Lifeless Sculptures.” Torn vocals amidst furious drumming create a wall of sound akin to early Immortal, especially when the rather symphonic chorus hits. It’s a promising beginning for the debut.

One thing which must be praised in Marras’ rookie full-length is its dynamic use of musical styles. While there may not be anything particularly fresh on the record, tracks switch from being furious, harsh and vehemently evil, to atmospheric and grand, effectively. Marras have managed to balance their approaches well – nothing is repetitive in Where Light Comes to Die, and they have clearly taken an array of emotions and hurled them into a big stirring pot, allowing them to present themselves rather sporadically throughout. This is probably best shown in the transition from “Overture of the Lonely Journey” – dragging, melancholic rawness – to “Lifeless Sculptures,” which is a barrage of intense blast beats and wails, again, a la Immortal.

This might just be “Where Light Comes to Die.”

“Prologi (Faith)” plays on the growing black metal trope of including an edgy, somewhat misanthropic radio report/spoken word piece relating to death, suicide, or general negativity which has been far, far overused. It initially had a powerful effect on an album in the times of its origin (see Lifelover and other DSBM outfits for some prime examples), however, it does not have much impact on Where Light Comes to Die whatsoever. There are a number of these intermissive pieces throughout the record which hinder the tempo of the overall album. One could argue the misanthropic black metal trope has been overdone to the point of dulling records which attempt to incorporate it. Granted, this is a significantly ‘softer’ (for lack of a better word) approach than Nekrokrist SS – one of Marras’ member’s other bands – but it’s still overdone.

The following “Sea of Trees” brings more of the signature cold black metal which became oh-so-popular in Finland into the fray. The harshness of the production brings an added rawness to this track in particular, which abrases and allows the chill of the song to permeate deeper. Classic black metal screams are siphoned out by the production somewhat to the point of being even more unintelligible, to both positive and detrimental effect. It certainly adds to the ‘feel’ of Old School Black Metal (one could argue this is Second Wave Black Metal), however, there are moments where the production dampens the overall impact of some of Where Light Comes to Die’s moments.

The title track is one of the standouts on this debut, however, the latter half of Where Light Comes to Die has less of a bite to it than the former. While the song “Where Light Comes to Die” is indeed ferocious and penetrating, with keyboards and varying instrumental sections keeping it interesting, not much more is offered in the rest of the second half.

You heard the title track above, now hear the whole album:

Overall, Marras offer something pretty promising with Where Light Comes To Die. Objectively, it’s a chilling record with a variety of sounds to pick apart and appreciate. One does beg the question – with Finland being such a prominent competitor in the black metal arena, will Marras manage to penetrate this gargantuan musical stadium? We will see in future releases, perhaps.

Where Light Comes to DieTrack Listing: