Bow down before your King Youngblood. They have new music for you and a new lease on life. King Youngblood is a band you may already know of and it’s not because the name just isn’t ringing a bell. This is the new moniker adopted by the members of the group formerly known as Gypsy Temple. The rising Seattle rock ensemble was starting to encounter increasing success until, primarily frontman Cameron Lavi-Jones began to have a change of heart about their band name. Gypsy Temple was initially selected as their name as a tribute to Jones’ heritage as a Romani-Jewish black person. The name was meant to honour several members of Jones’ mother, grandmother and great-grandmother that were strong, free-spirited women who were also musical artists. This influence gave rise to Jones’ interest in social justice and support for society’s marginalized peoples which he carried with him into his musical career.

Although meant as a moniker of positivity, Jones began to have a change of heart about the name Gypsy Temple and decided it would be best to change it. The reason being that the term “gypsy” is viewed by many as an offensive phrase used to marginalize a group of people. This stood in drastic opposition to the entire concept behind the band which is why you now have a rebirthed group known as King Youngblood, a name also meant to pay tribute to Jones’ family. “Youngblood” was a loving nickname given to Lavi-Jones by his African-American father, uncles, and grandfather, all very musical individuals. He is now using that moniker as a driving force behind the work he is doing to collectively motivate youth of today in the battle for social justice and the writing of the song “King Youngblood” provided the affirmation Lavi-Jones needed to realize that his band exists in pursuit of social change so it became only natural that it would be the new name of the band.

King Youngblood doesn’t just shout into a microphone and on social media about “social justice,” either. The members actively get out in the community and try to set an example for everyone to follow and derive motivation from. They are active in encouraging youth to get out and vote on election days through their Make Your Self Heard Loud and Vote Campaign. The band members have also started their own non-profit organization called the Hold Your Crown Project that operates under the umbrella of the Allied Arts Foundation of Seattle. This initiative is designed to assist in removing the stigmas young people encounter when living with mental illness. These are just a few of the many initiatives which they have on the go.

Which brings us to the premiere of King Youngblood’s new music video for “Heavy Handed.” Despite the serious tone of their music, they decided to lighten things up for this song and its accompanying video. As Lavi-Jones explains more clearly, ”All of our previous videos have been really serious, which is good, theming is always right, especially in film. However, this song is always our craziest one when we play live, so we wanted to really reflect just how ridiculous and active we can get. We have had full-on moshing plus moshing with a ton of feather pillows at the peak of this song so we had to keep all that going in the video. I can easily say that this has been the best 500 dollars we have ever and will ever spend on whipped cream.” 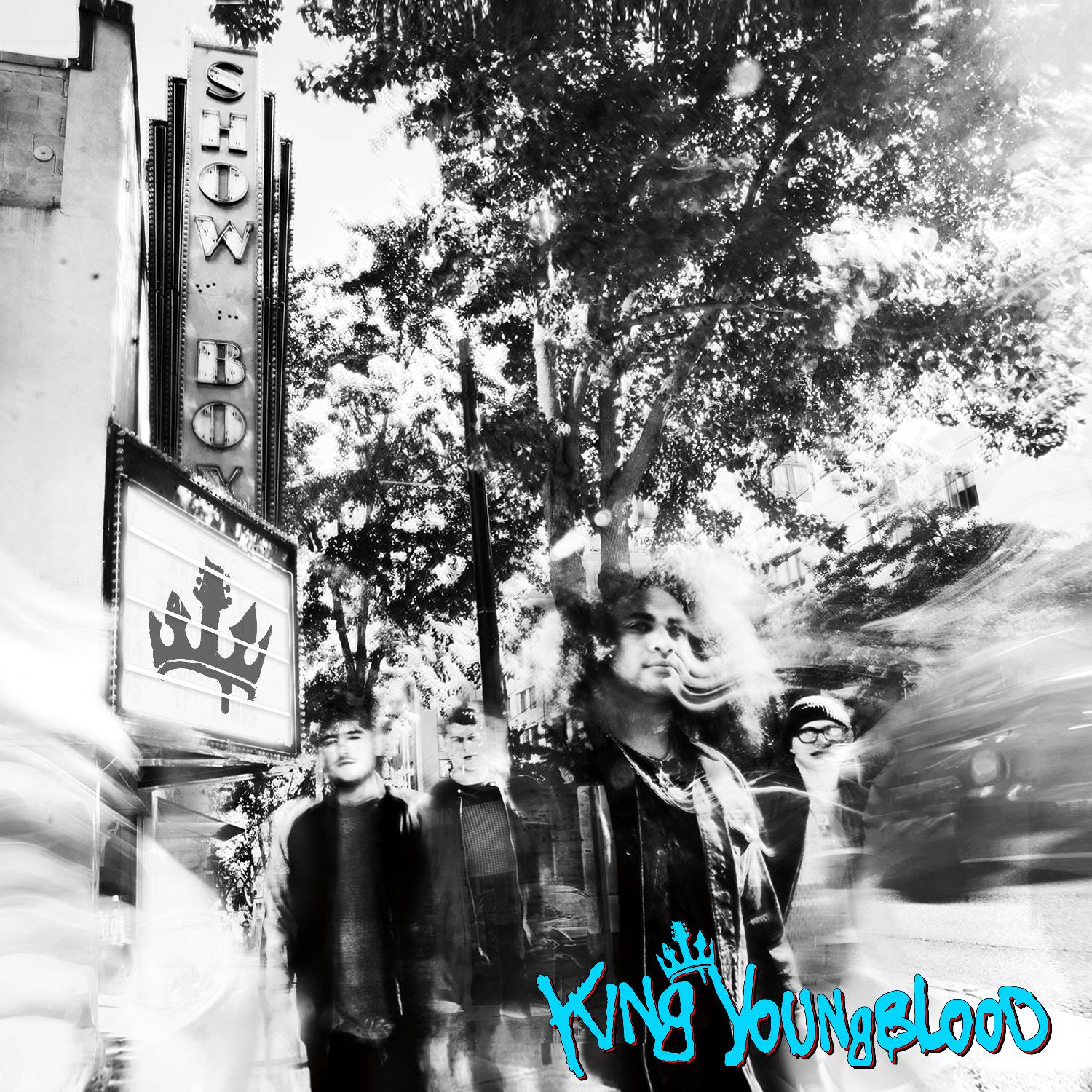 Along with the new video for “Heavy Handed,” King Youngblood has forged a recent relationship with the legendary Adam Kasper, producer of so many classic albums from the finest of Seattle’s grunge era, including Nirvana, Soundgarden, Pearl Jam and Mudhoney. Lavi-Jones became friends with Kasper and, as a result of the bond they have formed, Kasper agreed to produce the group’s new and upcoming material. The version of “Heavy Handed” which you hear today in this video was remixed by Kasper. Both musically and spiritually, it really couldn’t get much better for King Youngblood right now. Music isn’t about selling records and t-shirts. It’s about something much more than that, and King Youngblood is providing the lead for everyone.