Following the news that Download Festival 2020 would be headlined by rock giants Kiss, Iron Maiden and System of a Down, another stack of acts have been added to the bill which will take place at Castle Donington over the weekend of 12-14 June 2020.

The list of new acts joning the headliners and other announced acts including Korn, Deftones and Gojira, reads as follows:

Volbeat said of their appearance: “We are very excited to return to Donington Park once again to rock with all of our friends in the UK alongside so many great bands. See you in June!”

While Jesse Leach from Killswitch Engage said “We are honoured and excited to play the mighty Download festival once again! We are ready to kick out our new songs and play the old anthems as well! Download crowds are always incredible and we are eager to bring the mother f*****g ruckus!”

Killswitch Engage bring their metalcore to Download in 2020 so get ready to bang your heads to tracks like “The Signal Fire”: 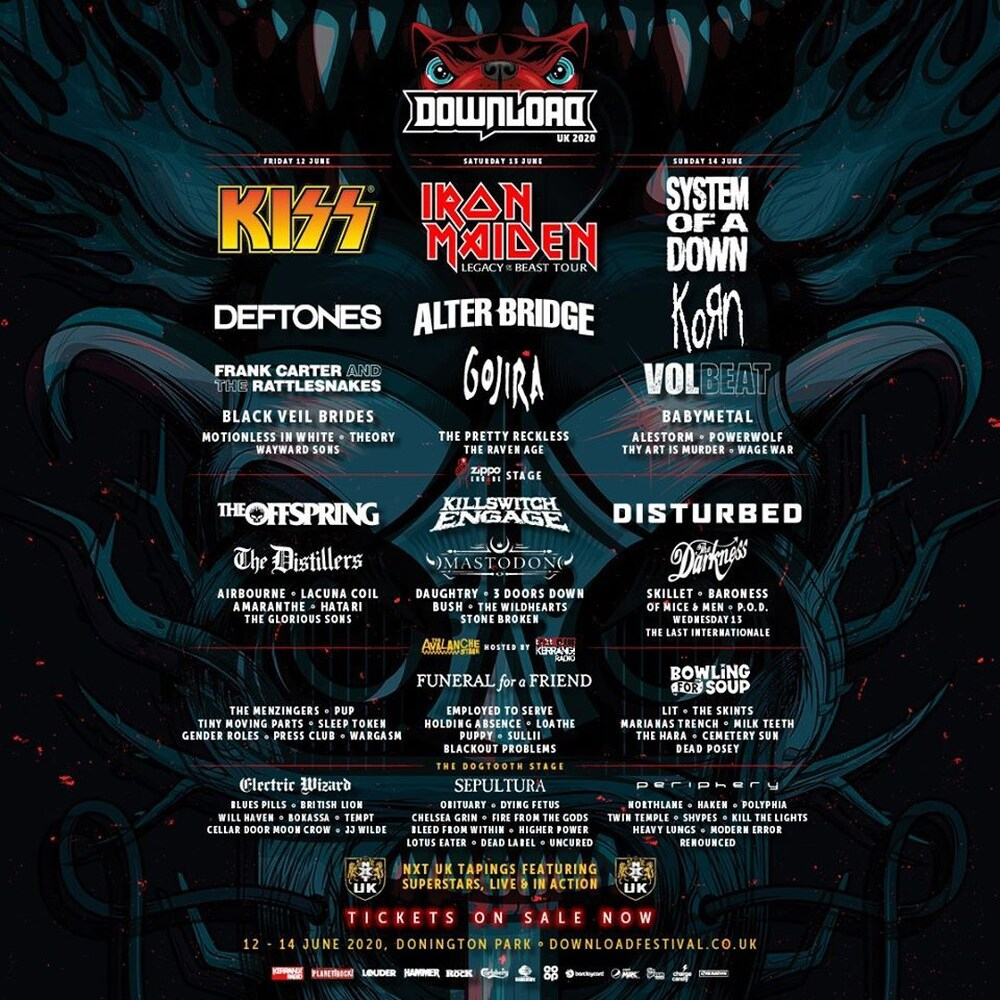