We’re about to set your weekend “On Fire,” not because we hate you though. Because we love you, and are extremely excited to be giving you the exclusive premiere of Inanna’s latest music video “On Fire.” See what we did there? Yeah, okay, well enough of the funny business… Singer, bellydancer, environmentalist and animal advocate Inanna is back, an artist we introduced you to with her music video for “Nefertiti XXI” about a year and a half ago. “On Fire” is Inanna’s impassioned statement on the environment and her feelings towards the mass degradation that never lets up. You can stream/purchase the song via Spotify, Apple Music or Amazon.

It is time to watch the premiere of Innana’s latest music video for “On Fire:”

The song is not about protesting, it is in itself a protest, a call to action to rise to the occasion of a situation that requires drastic attention and resources. Directed by Alessandro Bordoni, the video for “On Fire” bridges Inanna’s performance with landscapes of animals living within their natural habitat. Inanna has never sounded so firm and passionate before and it’s clear in her voice and in her vocals just how important this is to her and for civilization in general. With the fierceness and the intensity that Inanna has conjured up for this song, it is incumbent on us to share with her in her passion through some type of action, no matter how small or seemingly unimportant. It’s about changing who we are and how we approach the world that we are lucky to be living in.

Inanna had this to say about “On Fire;” “This song goes for the animals and the lands being killed and destroyed because of human carelessness and greed. It is a call-to-action, and it aims to be an explicit campaign, to help to create more awareness about the current environmental issues and bring them, through the precious help of music, to the center of culture.” It’s not so much about saving the day. It’s about creating positive action and changing our attitudes towards our world. The time has come and Inanna is all too happy to stand up for what’s right and what she believes in.

If you’re curious to hear what “On Fire” sounds like acoustically, check out Inanna’s acoustic performance video for the new song:

Through her background in alternative and Middle Eastern music, Inanna has created a sound completely unique to her that would be best described as eco-ethno-electro pop. She combines Middle Eastern music with more current rock sounds to create what she refers to as an atmospheric fusion of modern electro-rock with Middle Eastern influence. Always ultra-focused on her music and associated interests, Inanna is in the process of finalizing her debut record Acrotopia which is due to be released in 2020. The album will be released in two different volumes and will be dedicated to all progressive thinking visionaries, nature lovers, women seeking new methods of demonstrating being feminine, and to every lover of alternative music who also takes an interest in planet Earth.

With a big year for her on the horizon, don’t expect Inanna to just rest on her laurels while there’s so much she could be saying or doing. She plans to further promote her music and vision, but more importantly her belief in the causes close to her. There’s nothing more inspiring than an artist who exudes passion that you can feel in your heart. Inanna is that kind of artist who’s willing to take on a leadership role so won’t you join her, not only in the passion of her music but also the passion in her as an individual who actually gives a damn?

Check out the powerful album cover artwork for “On Fire”: 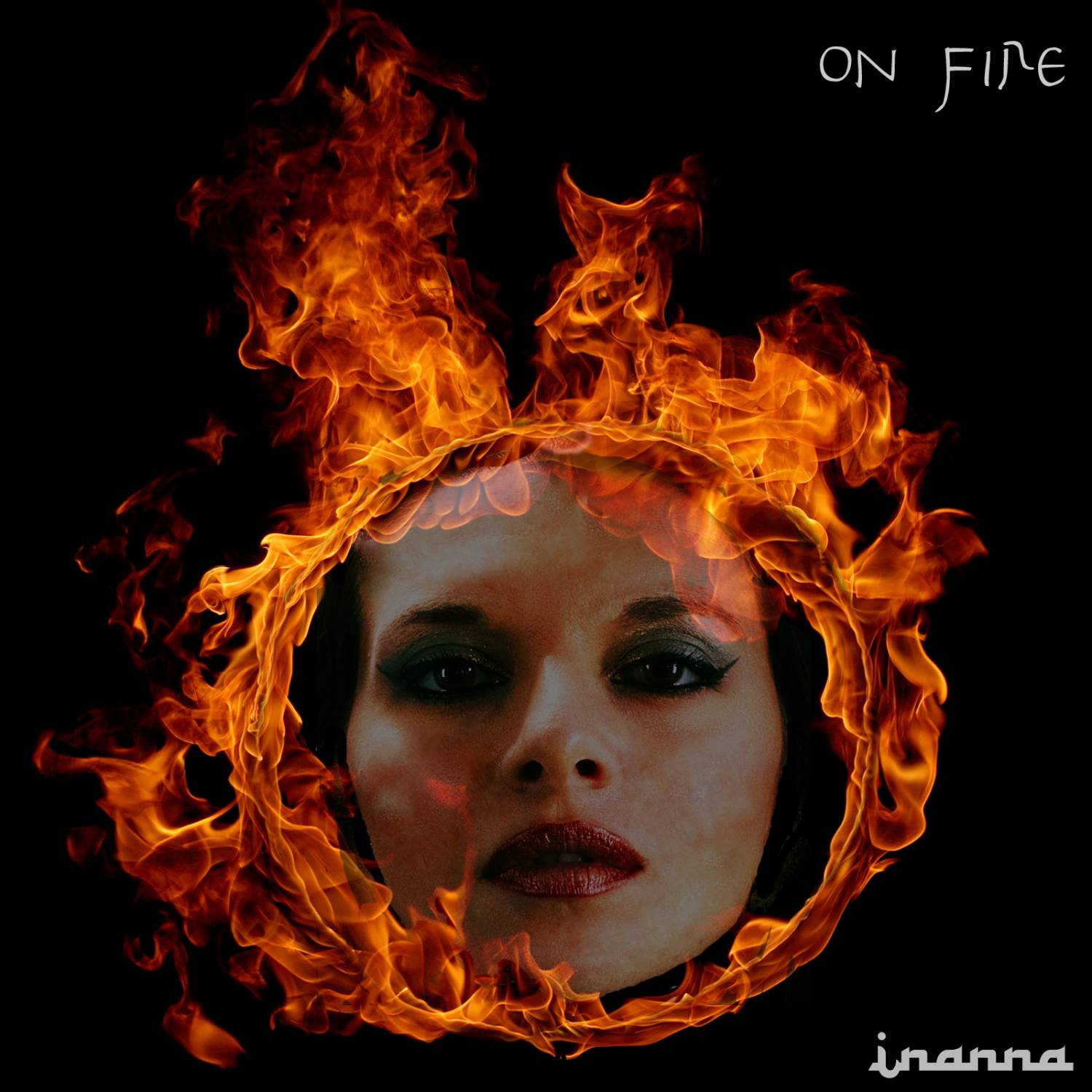