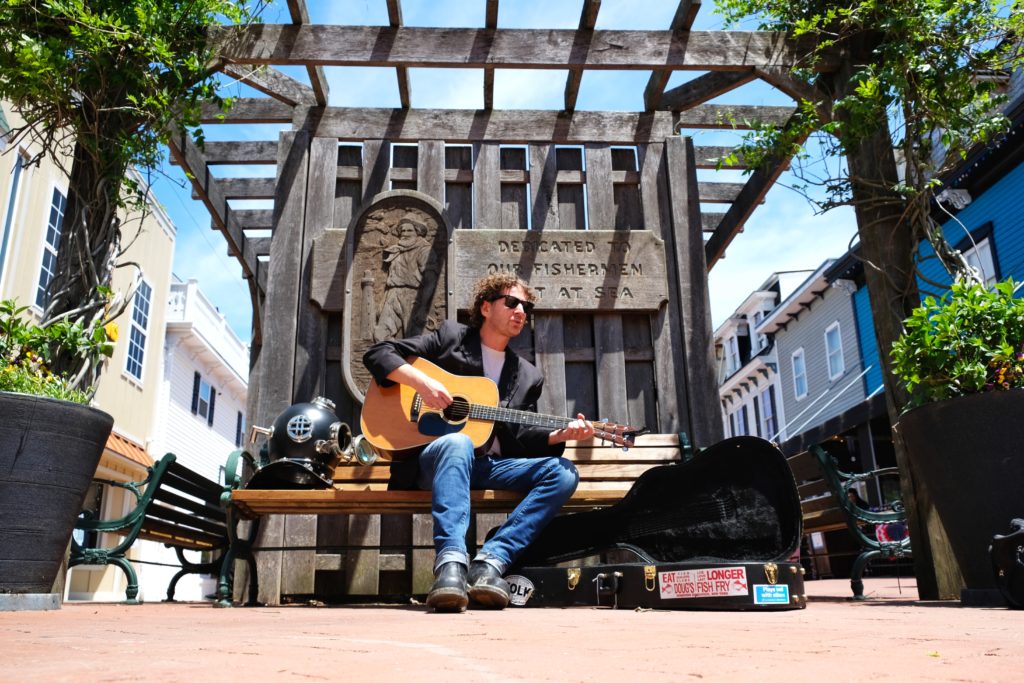 You know, most of the time touring ain’t the glamorous, beer-crushing, city-hopping, hotel-sleeping extravaganza that most people assume. That said, while not all bad, it’s a good idea for any musician, especially those new to the road, to be armed with some tricks of the trade. Thankfully, we’re joined by Dublin native and Philadelphia resident, John Byrne for a detailed list of his five most important touring tips. From lodging and food to driving and merch, this seasoned road warrior delivers the goods in his short but valuable guidebook for a successful life on tour.

The John Byrne Band, Byrne’s eponymously-named group, released their latest studio recording A Shiver in the Sky on November 1st, and has been (and will be) gigging in support thereof for many months to come. The ten-track effort was recorded at Philadelphia’s Spice House Sound with producer and long-time collaborator Andy Keenan.

Commenting on the new tunes and themes thereof, Byrne said: “Things will happen to you, and they can be immensely painful, but they will pass. And if you don’t let them break you there will be a new version of yourself that emerges and has learned the skills to live with this pain. There are cautionary tales, songs about dealing with addiction, about immigration, about relationships of all kinds, about facing prejudice, about leaving things behind. They all ultimately carry a similar message, that living carries with it the possibility of balancing out regret or mistakes that you’ve made with a future that contains something brighter. The Shiver in the Sky is the past, it’s the remnants of trauma, it never fully leaves us, but it fades with time”

“You have to do it. Unless you’re in a very privileged situation, you can only grow as an artist and build a fan base by bringing your music to as many corners as you can find gigs. Assuming that you’ve already booked the gigs, sorted out contract situations, and had your mechanic give your vehicle the once over, there are a few little things you can do on the road to make the long drives more palatable.”

“This can be an expensive part of being on the road. Sometimes the most expensive. We play a lot of House Concerts which often come with a place to stay, with varying degrees of comfort. Many of these House Concert places have turned into places to stay even when not playing that particular venue. There are great folks out there who really want to help independent artists and it is important to develop relationships with them. As you build your House Concert/Venue list, take as much care over your Lodging list. It may even become the case that you can stay in the same spot while touring in a 150-200 mile radius of your accommodation.

It is really nice to be able to have a base for more than just the one night. Being able to stay three or four nights in the same spot can really alleviate a lot of stress, even if it means a couple of hours of driving after a gig. Be good to the folks putting you up. Give them some of your time. Leave a little gift even (they are saving you hundreds of dollars). Send them a Holiday Card. These are little things but having these kinds of relationships on the road are so precious. We’ve been so lucky to create friendships with some extraordinary supporters of independent music especially in Indiana, Illinois, Kansas, Colorado, Pennsylvania, New Jersey and New York. Often these are folks who began as House Concert hosts and have become priceless friends.”

“Yeah, you need that too. Often gigs come with food but you need a lot more than that. We hit the road with a cooler in the van full of healthy stuff but as the days on the road pile up it can be more and more difficult to maintain a good diet. A good idea is to swing by Supermarkets and try to keep that cooler full of good food, relying as little as possible on fast food from roadside rests, often the easiest option (sometimes the only).

Another cool idea is to use apps/sites like TVFoodMaps or ForknPlate which list Restaurants and Eateries that have been featured on your favorite tv shows. Sometimes they are a little out of the way but with some planning ahead it can be a real treat and add a little excitement to your 12-hour drive through the Midwest. We are also big proponents of bringing water bottles on the road with us – they can generally be filled for free using the water button on most gas station/fast food soda machines. You’ll stay hydrated and feel a little better about the carbon footprint you and your van are leaving all along your touring route.”

“Long hours on the road can be tiring, and definitely affect your performance. Until you can afford a driver, the band is most likely handling this chore. Some people actually like it, some are ok with it and some hate it. However, it is important to share this load and give even the person who says they don’t mind driving long hours a significant break where they can sleep, eat, fiddle around on their phone, read, or whatever else they like to do to shut their brain off for a while.

A quick conversation before a long drive can really be a good thing, deciding who’ll drive and for how long. There’ll often be some post-gig driving, and it is especially important to split these drives so that the same person is not white-knuckling it at the end of a long day. Another important part of driving is the right music or podcast or audiobook. Our rule of thumb is that the driver gets to choose what’s coming from the speakers in the van, but when you find a podcast, artist or audiobook that the whole band enjoys it can really make the hours melt away.”

“This can often make or break a tour financially. Bring plenty of it and put it out. So many bands or performers hate having to be a salesperson at the end of a gig but you have to do it. The Merch table (and yes, we pack a fold-up table too) is the place where you leave your imprint on tour. It is where you give people a chance to meet you and support you further. People who don’t even have CD players or record players will pick up a physical copy of your music just to have something you can sign or simply just to support you. As fewer and fewer people pay for music, it is also important to have other stuff for sale. I know that space constraints can be a real issue but t-shirts, hats, tote bags and other such items give people other options to show their support.

There are lots of really good people out there on the road and the Merch table after your show is often where you’ll first meet them. Beyond that you have a relationship with someone who might be able to offer lodging, gig leads and, at very least, a friendly face next time you’re in town. I know sometimes you don’t want to do it, but you have to. Get your butt to the Merch table, smile, sell your stuff, sign it, and take photos. You might not think you are worthy of an autograph or a picture but to someone who has just spent their evening listening to your songs and being moved or inspired by them, you are worthy, and so are they. Make room in the van for Merch, hopefully, you’ll arrive home with much less of it.”

“I’m going to wrap up with a little word about booking. I know that this is not the focus of this piece and that we are assuming you have done this already, but it is worth noting that we have found amazing success playing some of the smallest towns in the country. There are thousands of them. We have had some of the most wonderful nights playing towns of just six-hundred people or so. It can often be that a couple of hundred of them will show up because bands from out-of-town rarely swing through.

They can often be folks who might think very differently than you do socially or politically but they will more often be some of the warmest people you’ll ever come by and will leave you with an appreciation of a lifestyle of which you previously may have had very little knowledge. I could write for hours about touring and love chatting with other artists about their experiences, but I’ll leave it there for now. Enjoy the road. We’ll see you around!”