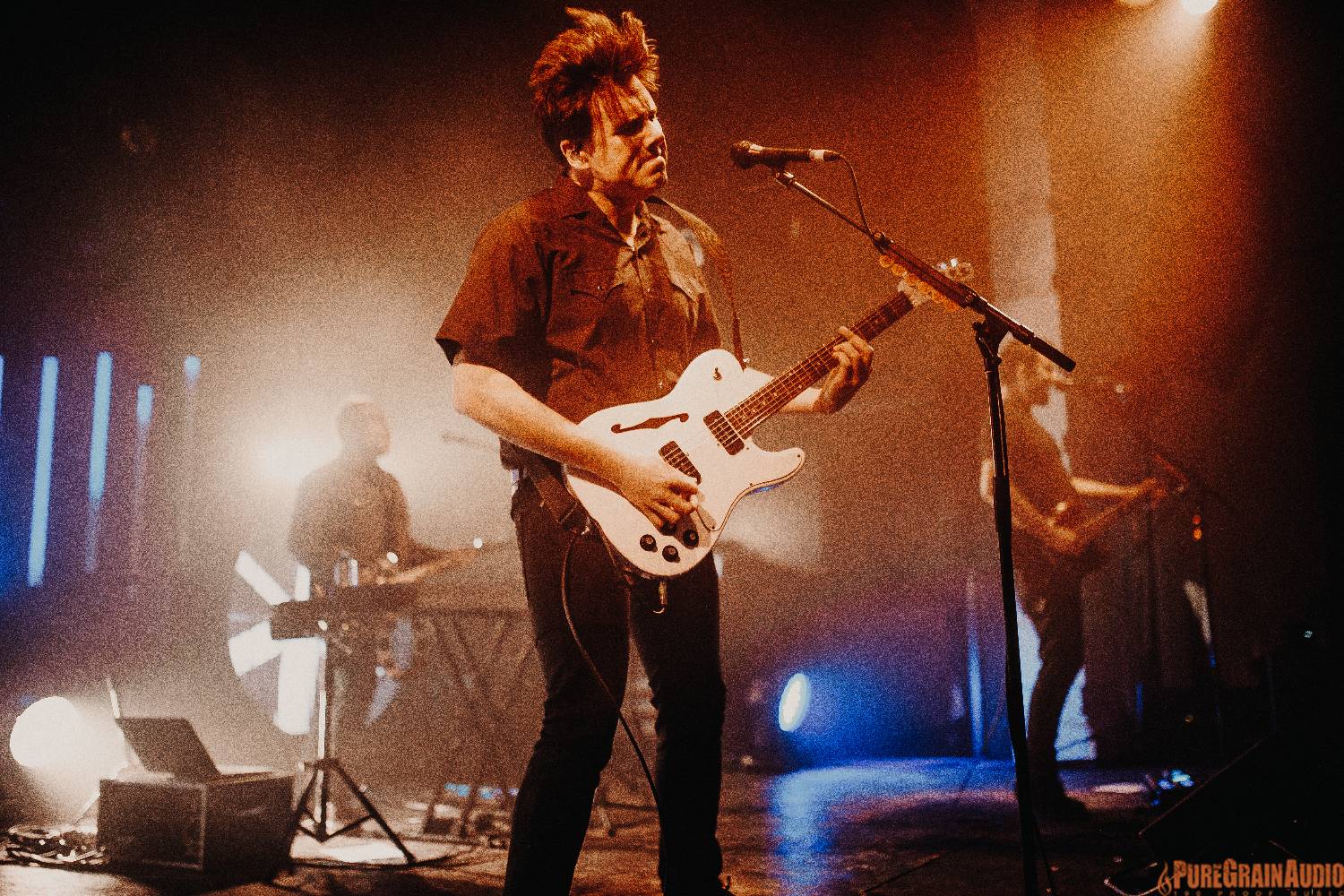 JIMMY EAT WORLD and PRONOUN Give it Their All at Harrisburg, PA’s HMAC [Photos & Show Review] 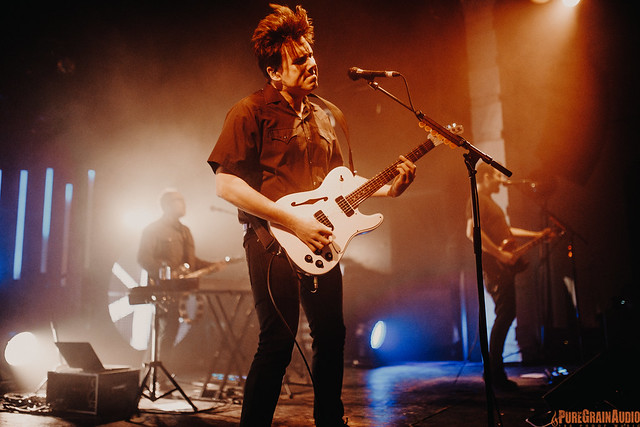 Not many popular bands make a stop in the Harrisburg, Pennsylvania area, but luckily, Jimmy Eat World decided to send a little “Sweetness” my way and played close to my hometown. Well known for their hit “The Middle,” Jimmy Eat World put on an energized show filled with a mix of old and new songs which left long-time fans both nostalgic and content. The alt-rock group had the smaller-scaled venue jammed packed with joyful fans eager to see them perform.

Female-fronted indie-pop band, Pronoun, started the show off with a mellow ‘80s vibe that everyone could sway to. Originating from Brooklyn, New York, Pronoun was ecstatic to be accompanying Jimmy Eat World on tour. Lead singer Alyse Vellturo, recently released her full-length album, I’ll Show You Stronger, which features songs that resonate with feelings of heartbreak and embarrassment. Not many people in attendance seemed to know who Pronoun was and Vellturo seemed to embrace that. At one point she referenced her merch and promoted a “Who’s Pronoun?” t-shirt that got the concertgoers chuckling. As the crowd warmed up, the energy in the room increased until Jimmy Eat World was ready to take the stage.

Check out some Pronoun with their music video for “wrong,” released last year:

The lights went out and immediate cheering occurred as each member, one by one, stealthily claimed their places on the stage. All became silent until the beginning catchy guitar riff of the recent song “Surviving” began. Jimmy Eat World has come a long way in their career and has only improved with time. Surviving without a doubt showcases how a band can push their boundaries with new music and still have a killer sound. As impressive as their new album is, Jimmy Eat World never disappoints when playing some of their older upbeat tunes. One of my favorite parts of this show was witnessing fans bouncing into each other while effortlessly singing along with each song. Lead vocalist, Jim Adkins took a liking to the Harrisburg crowd and expressed his gratitude by thanking everyone for making the show as entertaining to him as it was for them.

During their performance, Jimmy Eat World decided to slow things down by breaking out an acoustic guitar and performing their moving song “Hear You Me.” The loyal fans seemed to out-sing Adkins at one point with their bellowing voices that the filled the room. Nothing is more spine-tingling than hearing a room full of strangers coming together and singing acapella as loud as they can, and this song was perfectly appropriate for that. As their set came to an end, Jimmy Eat World appropriately concluded with “The Middle,” which fans were anticipating all night long. Although that was their last song, everyone in the room was even more hyped up and ready for more. Adkins thanked the crowd once again and finished the show by taking a photo on stage with everyone in the room. Jimmy Eat World put on an incredible performance and sounded even better live (if that’s possible). As this was my first time seeing them live, it definitely will not be my last.

Jimmy Eat World’s latest music video is for “555” from the album Surviving: 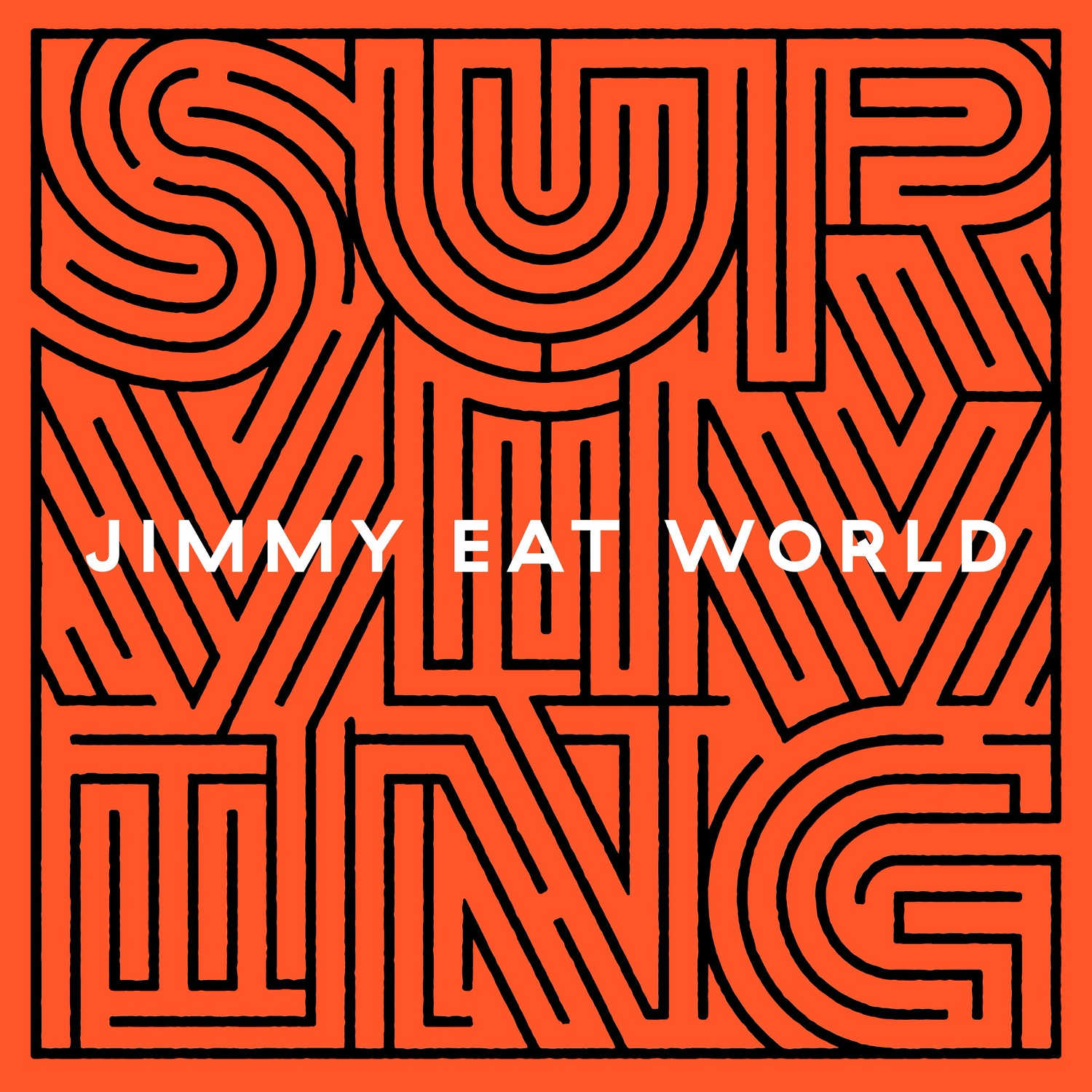