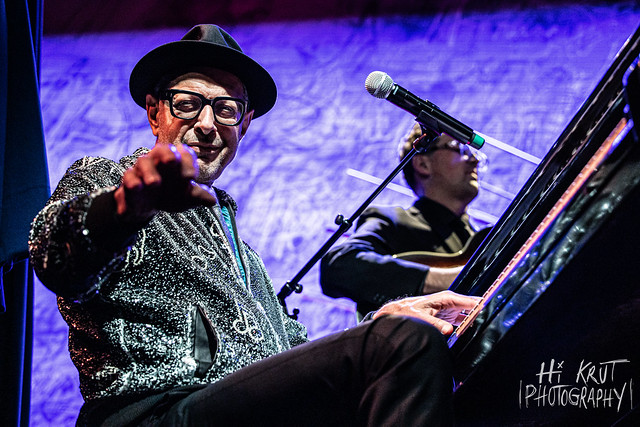 Tuesday, November 12th, will forever go down in my personal history as the perfect day. I think it’s safe to say that any day that ends with Jeff Goldblum & The Mildred Snitzer Orchestra, you can call perfect. Let me tell you why….

The night kicked off with Jeff Goldblum taking the stage to chat with the audience in anticipation of the whole band joining him. He went around the room finding all the people he knew – one included a table full of National Geographic staff that worked with him on his new Disney+ show, “The World According to Jeff Goldblum.”

Jeff settled in behind the piano as the 5-piece orchestra took to the stage. From then on, they would bounce between a jazz musical piece and Jeff asking the audience different Broadway, musical, or movie-related questions.

At one point, during this interactivity, a person at one of the front tables began singing, which took everyone back a bit. People started clapping and cheering, which prompted Jeff to give this mystery person the microphone and let her have at it. After, he kind of asked what her deal was, is she on Broadway? What’s going on here? We find out, she was actress Shawna Hamic, who some may know as CO Virginia “Ginger” Copeland, on Netflix show, “Orange Is The New Black.”

Jeff Goldblum & The Mildred Snitzer Orchestra let “The Cat” out of the band with this video:

Later in the evening, people were brought up on stage that had been hand-picked by bassist Alex to do give their best Rodney Dangerfield impressions. And honestly, the craziest thing about what I have learned of my experience, is that THIS is how this show always goes down. It wasn’t this special because it was New York City, it was this special because it’s JEFF GOLDBLUM.

I can’t guarantee that they close out every show with the 5-piece band playing the Jurassic Park theme song, but I highly recommend going to see them anyway. Your perfect evening with Jeff Goldblum and the Mildred Snitzer Orchestra could happen in the future if you have tickets to the only other show date this year at Los Feliz’s Rockwell Table and Stage in LA (where they frequent) on 11/20 (which it appears to be sold out [I know this because I checked for tickets]). In the meantime, until more dates are released, you can listen to their jazz album, I Shouldn’t Be Telling You This, which came out November 1st.

For the Sony Hall performance, Jeff was joined by John Storie on guitar, Scott Gilman on tenor saxophone, Alex Frank on bass, Joe Bagg on organ and Kenny Elliott on drums, as well as Annie Ellicot with the occasional vocals and sweet dance moves throughout the night.

Jeff Goldblum & The Mildred Snitzer Orchestra’s I Shouldn’t Be Telling You This dropped on November 1st, via Decca: 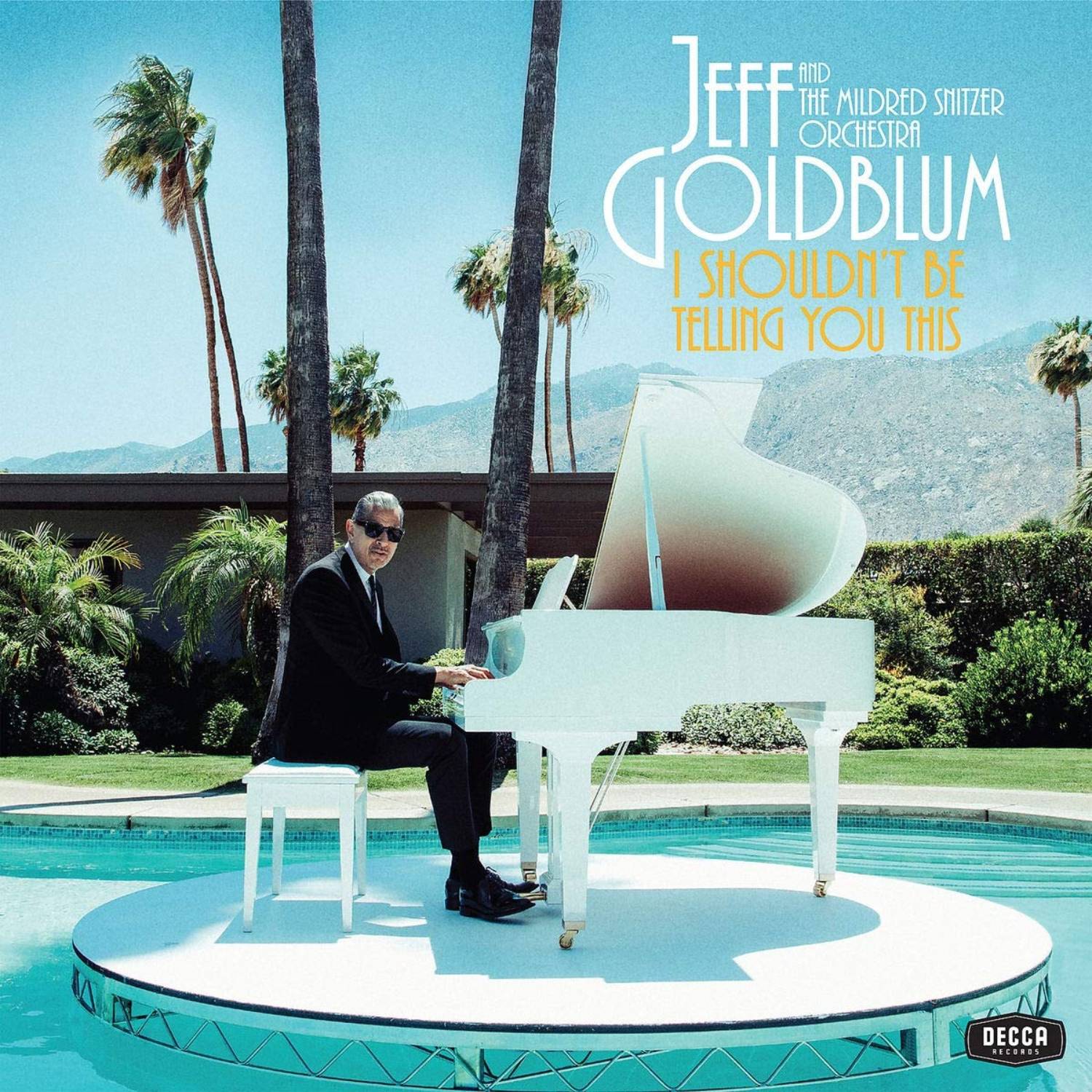