Repping the Great White North is Highfront, a brand new band that come with a lot of experience and credibility on their side. No band could come fresher than one that just formed in September, which makes you wonder just how the hell these guys have come up with completed songs already. But alas, they have which brings us to our exclusive premiere of their debut single “Through Pain We Dine.” The dudes plan to follow up the release of the tune with an accompanying music video that should be due out soon. In the meantime, you have the sweet sounds of this debut song to enjoy, that will please any set of ears receptive to the sounds of heavy hard rock music.

To add more insight to their debut track, the band commented, “The song ‘Through Pain We Dine‘ was written in response to Adam’s marriage ending. He felt he was trapped, having to completely and utterly start over again. He felt all hope had been killed and from that thought the lyrics were inspired. The song was hashed out in what we call the ’milk shed’ located on an old farm in Pembroke, Ontario. The recording of the song was captured in the house on that same farm. Kitchen for the drums, cabinets in closets and vocals in the bathroom. Jordon, the sound engineer, kept Adam locked in that bathroom for three hours until we had what we thought was the right take that conveyed the pain he had experienced. On a lighter note, Adam likes to joke that he was aiming for a Joe Perry feel on the guitar solo, but sadly missed!”

And now we introduce you to Highfront, with their debut track “Through Pain We Dine” with their brand new song:

When we mentioned that Highfront comes with experience on their side, we meant it. The trio is composed of singer and guitarist Adam Loback, a former member of both Hellbound and A Darker Day, drummer Corey Zadorozny, who used to play in both the Sam Roberts Band and Wicked Mercy, and bassist JC Croizet, formerly of Antix and Anthem.

What has become Highfront was initially an idea that Loback came up with in 2014, but he kept that idea to himself to pursue other musical interests. Eventually the idea could be kept secret no more which drew the attention of Croizet and others around Loback who urged him to give the band a shot. Zadorozny was later asked to complete the lineup and you had the birth of Highfront. With this only being their debut single, there is obviously much more new music to come, but give the guys some time, ok? With their level of motivation and productivity though, it should not be long until Highfront is a force to be reckoned with.

Catch a glimpse of Highfront with this music video of the band wailing away in a new song called “Call The Kettle Black”:

You’ll be standing on the ceiling with Highfront’s artwork for “Through Pain We Dine:” 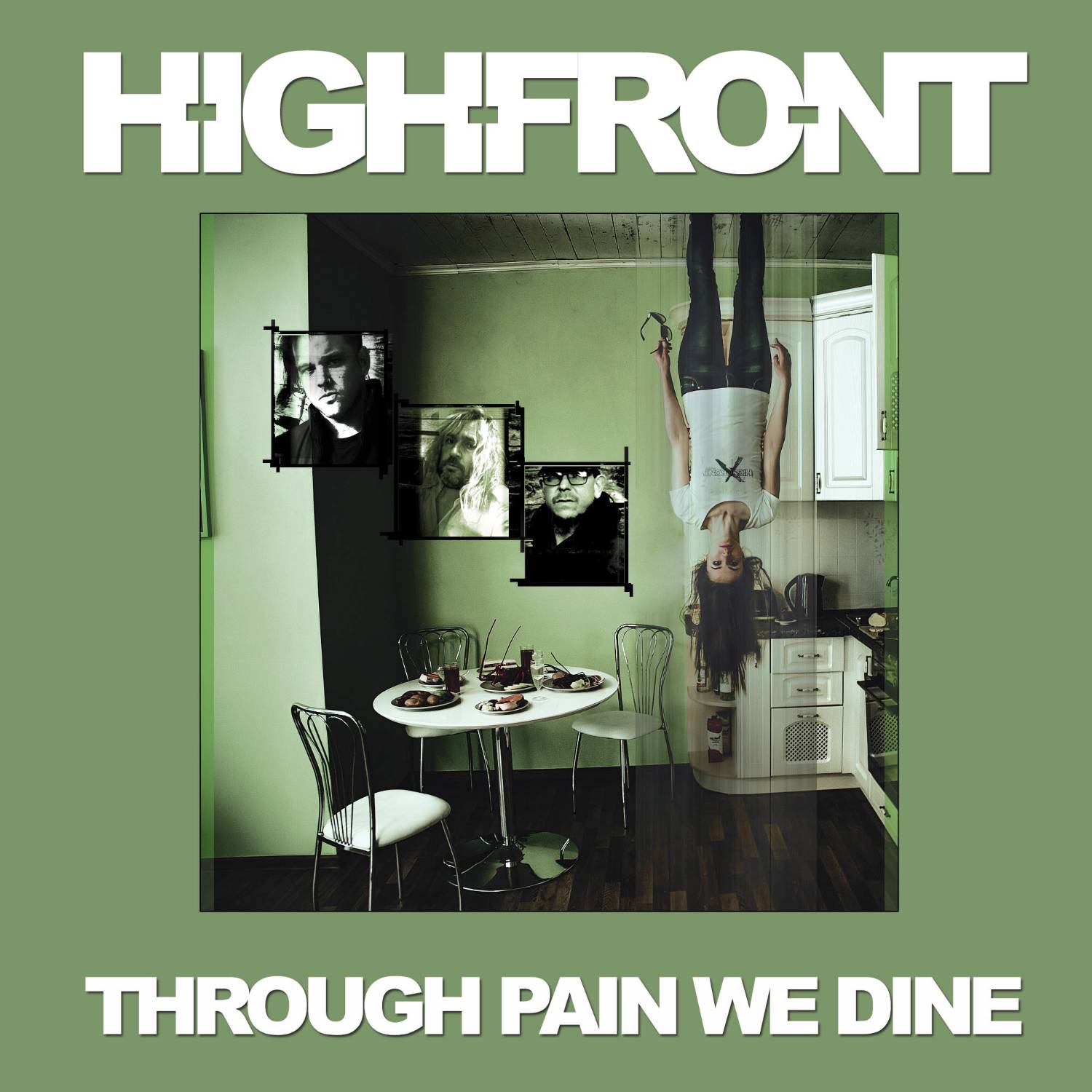