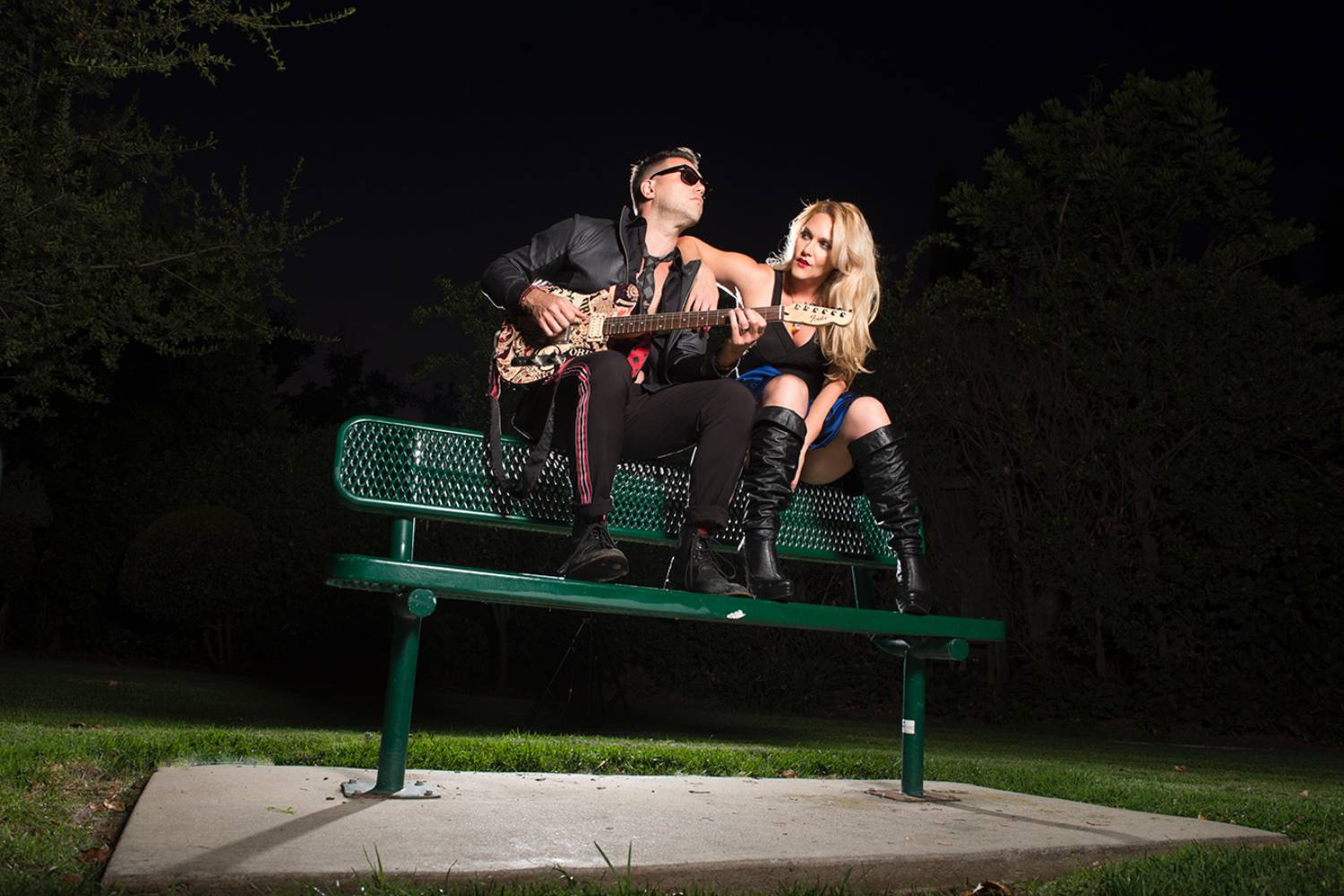 Guest Blog: NOMAD & LOLA Discuss Their Imaginative Cover of Pink Floyd’s “Another Brick in The Wall”

If you’re old enough, or have some familiarity with popular music history, then Nomad & Lola might remind you of the old days when male/female pop duos ruled the roost. We’re talking about when Sonny & Cher was just about the most popular music on the radio, or Ike & Tina Turner, or Marvin Gaye and Tammi Terrell were also tearing up the pop and R&B charts. Contemporary musical two-piece, and husband and wife, Nomad & Lola harken back to the more carefree time of when artists sang of love and connection, and not fame. In the year 2019, they are certainly one of a kind, repopularizing a style of music that at some point fell by the wayside.

Even prior to this current project, Nomad was well-known and well-regarded for his work as the musical director for the legendary R&B artist Kenny Babyface Edmonds, an eleven-time Grammy Award winner. He is joined by the lively singer and songwriter Lola, who brings a lot of flair to the table on the duo’s pop-inspired, cinematic dark pop EP Noir (stream/purchase now). The EP conjoins the many interests of the twosome who selected classic cover tunes that they both felt would make for a dynamic collection that would benefit from being reimagined in a dark cinematic style. The first single “Bang Bang” was released in July, and Noir followed with its official release on October 4th.

In a special guest blog, Nomad & Lola have collaborated again to bring us an in-depth look at everything you need to know about Noir, and the group’s reimagining of Pink Floyd’s legendary track, “Another Brick In The Wall.”

“Bang Bang,” we got you! Watch the music video for Nomad & Lola’s first single off of Noir:

A couple that makes music together stays together…

We are a married couple who also, fortunately, have awesome chemistry in the studio and on stage. After a decade of performing together, we decided to record some of our favourite classic rock and pop songs. We hand-selected five classic songs that span the ‘30s through the ‘70s from different genres. Each one we gave our own dark pop make-over with a cinematic twist, creating something new and all our own.

This collection is our debut EP, that we fondly call Noir.

We can tell you that the music on this EP is dynamic, sultry, sophisticated, moody and dark at times. It is extremely dense in its production layers as we approached it much like composing for film. The melodies were written from the original songwriters, however, we did embellish each song with our own unique style of harmonizing, rephrasing, musical arrangements and overall performances.

We love Noir because it is genre-less. We flow from the 1940s classic Spanish ballad “Bésame Mucho,” to the ‘60s with our rendition of Sonny Bono’s deeply troubled track “Bang Bang.” Then we shimmy over to an old Afro-Cuban folk song “Similau.” Then our musical time warp turns sharply back to the ‘30s with Gershwin’s “Summertime” mashed with the Beatles’ “While My Guitar Gently Weeps.” Then we end up being thrust into the ‘80s with Pink Floyd’s dark classic, “Another Brick In The Wall.”

Check out the music video for Nomad & Lola’s cover of Pink Floyd’s “Another Brick In The Wall:”:

Since this is our first official release we feel like it is indicative of our sound, or at least one facet of who we are as sonic artists. Which brings us to the point of our versatility which is quite vast. Nomad being of Cuban descent, has a distinct love for anything with a Latin feel, but equally holds dear the genres of R&B, rock, country, and jazz. This EP encompassed all of these influences in some way, as that has always been our overall goal as artists.

The song selection for Noir was pretty organic as we always sing covers in our own unique style in all of our shows. “Another Brick In The Wall” was actually the first cover song we ever recorded. It is also one of the most powerful rock-heavy tracks we’ve ever done. As the song is obviously very dark in nature, we wanted to maintain that tone while also breathing new life into it.

Nomad attacked the track like a madman with his guitar prowess. He paid homage to the epic electric guitar solo that the song is well-known for without copying it note for note. Lola’s powerhouse vocals gave a fierce female rocker vibe to the track. “Another Brick In The Wall” is fiery, fierce and f*$#ing awesome! We like to think that we made Sir Roger Waters proud on this one… 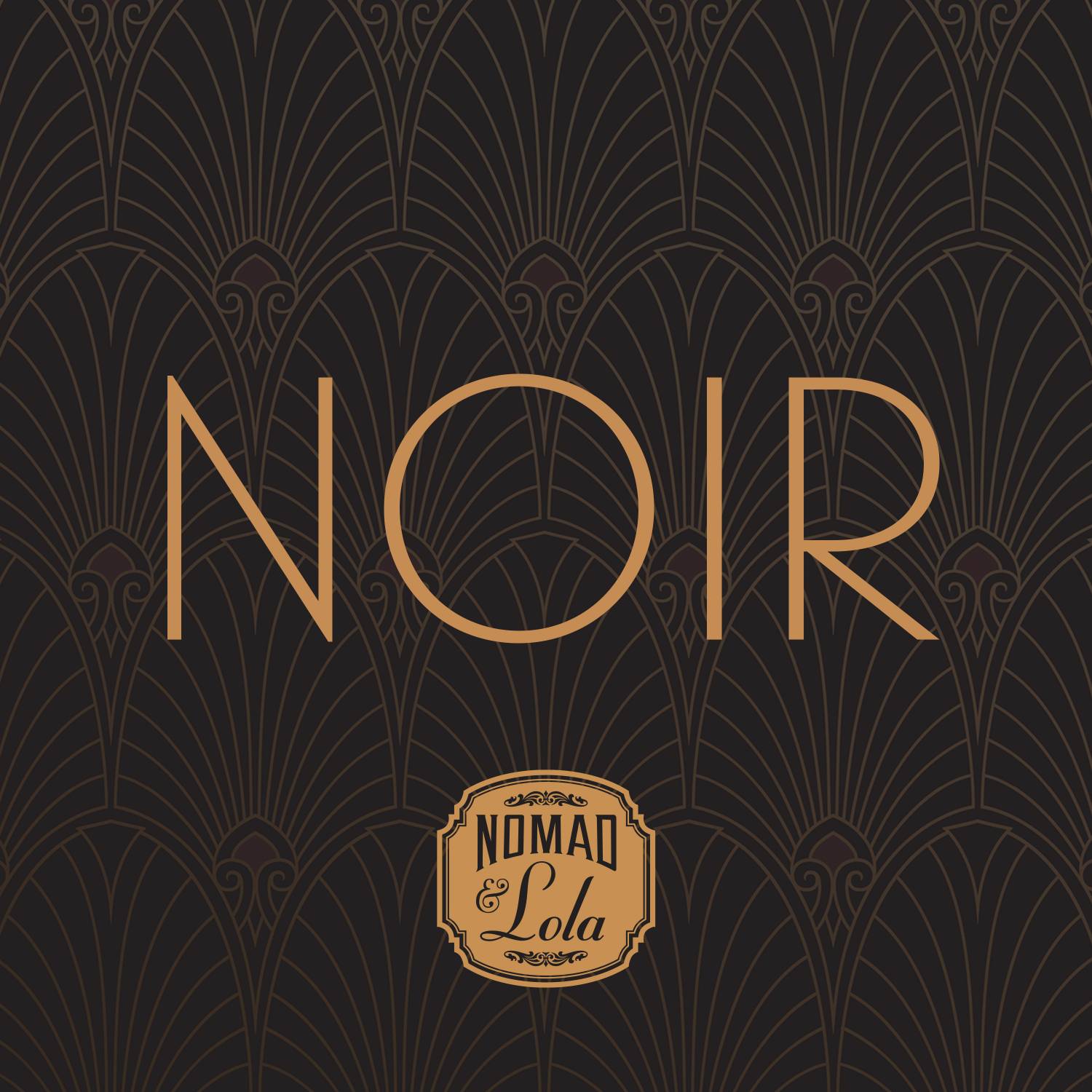