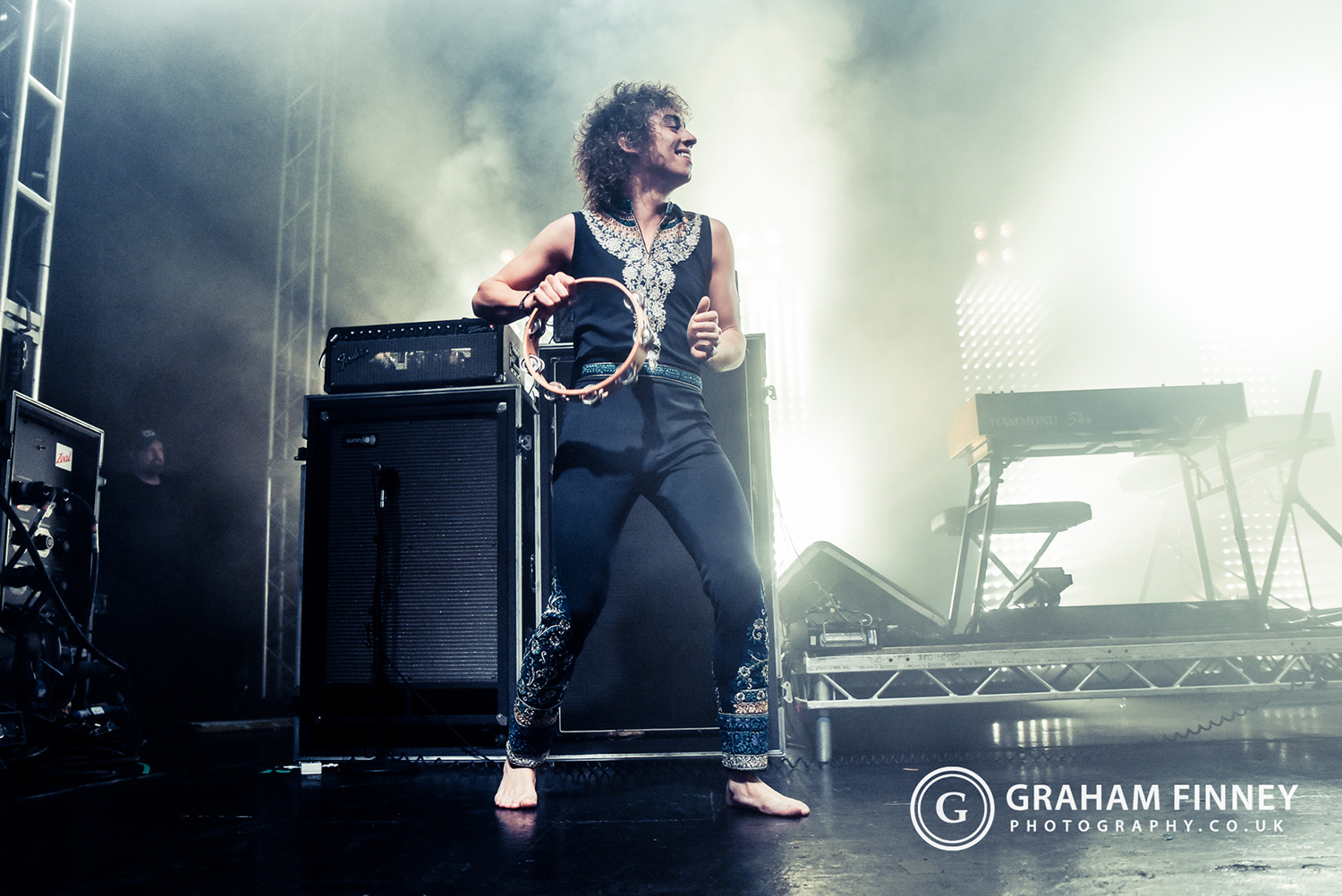 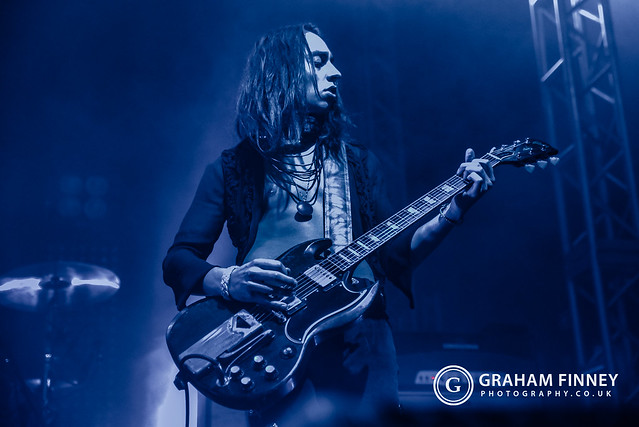 Having been forced to reschedule these dates from February of this year due to illness affecting frontman Josh Kiszka, it should come as no surprise that the opening night of the new dates, taking place at O2 Academy in Leeds, is completely sold-out and rammed to the rafters on this Sunday night in November.

Thankfully frontman Kiszka is all smiles as the Michigan quartet take to the stage under a haze of smoke and to a deafening roar around the Academy. Tossing flowers out to the crowd, there is no sign of the respiratory infection which forced the original dates to be shifted. Shimming about the stage, Kiszka is a joy to watch and would have your undivided attention if it wasn’t for the antics of guitarist and brother Jake Kiszka who, to the frontman’s left, lurches and gyrates about the stage eliciting a huge cheer from the crowd as he plays an extended section of track two with his guitar behind his head.

The set might be a brief one, clocking in at only thirteen songs long but there are no complaints from the crowd who lap up the Led Zeppelin inspired twang of tunes like “Black Smoke Rising”. It might have been a long time coming for the fans and the band but, thankfully, as they showed tonight, everyone in attendance agreed it had been worth the wait.

You know Greta Van Fleet are going to rock “When The Curtain Falls”: