There are many “subtleties” that are responsible for Subtleties standing out from the rest of the pack. With their balanced emo-edge alt-rock sound with heavier inflections, the quintet are back with their sophomore EP titled Barely You. The EP (stream now via Spotify) has a distinct energy that weaves in and out of each of the EP’s five tracks, while musically, it’s powered by elements of early 2000s alternative rock together with some of the band’s more modern contemporaries. Since their debut EP It’s Always Winter Here was dropped in 2017, the Upstate New York outfit have gained traction in their area, as well as the greater area of the Northeastern U.S.

Enter the fall of 2019 and the October release of Barely You, a record that is definable as a distinct piece of work while still giving slight nods to bands like Can’t Swim and Silverstein. Prior to the EP’s release, Subtleties made sure to get the hype started with the 2018 release of the standalone single “Gold Standard,” which resulted in a breakout hit for the band. Due to its popularity, the song is largely responsible for helping them draw the attention of the local and regional rock audiences. Thanks to this attention, “Gold Standard” was instrumental in the group’s successful recent tours of the Northeast that soon followed.

With the attention growing and the audience widening, it seemed like as good of a time as any to catch up with Subtleties for a quick chat. For our latest Geared Up interview, we spoke with one of the band’s two guitarists, Jake Rattelle, about his favourite musical gear, most notably his love for the Fender FMT Telecaster.

First check out the aforementioned “Streetlights” music video, the first single from Barely You:

Jake Ratelle: “The most integral part of my sound is my Fender FMT Telecaster. Live and on the record the thing just sounds good no matter what you put through it.”

Ratelle: “Ever since I started playing more live, I’ve always had a problem finding the right guitar for me. With the style of music we play, I need something that can play heavier rhythms just as good as it can bright shimmery leads and also hold up when we’re on the road. Ever since I picked this up I’ve never thought about buying another guitar. Going from buying a new guitar every four to six months to having this be my main guitar for more than a year has seriously changed the game for me.”

Ratelle: “There were a few rhythm tracking sessions in the studio where we used our other guitarist’s American tele, but otherwise the whole record was done on my FMT.”

Ratelle: “We like our live sound to be just as big, if not bigger, than the record and the set up we have currently definitely does the trick. We recorded the record mostly with the FMT and a Marshall JCM 800. Live I use a Peavey 6505+ with a Walrus Audio Voyager Overdrive, and Dan uses an EVH iii with a Seymour Duncan 805 Overdrive. For the clean parts, we used a lot of the Walrus Audio Dispatch Master on the record, which we use live along with our Electro Harmonix Holy Grail. Our bassist Hawke uses a Sansamp live to get the same hard-hitting crunchy tone as the record.”

Check out some exclusive live shots by Dylan Levernoch of Jake Rattelle, and pics of his Telecaster: 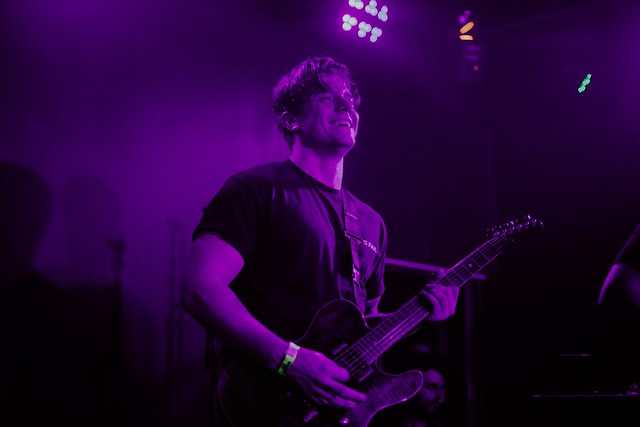 Ratelle: “Pros are easy. It’s lightweight, incredibly durable, and it sounds great for every kind of style I play. I genuinely have no cons for this guitar. In the price range, it’s in, it’s really hard to try and find a guitar for me that can do what I need better.”

Ratelle: “This month I should be getting the exact same guitar for a backup. I have a Mexican Tele as my backup now, but this thing is so good I want another just in case anything happens to my main when we’re on the road.”

Ratelle: “I’ve had it for almost a year and a half now. With the point we’re at I have no intention of changing it any time soon. It feels, plays, and sounds perfect for me.”

Ratelle: “Not mine luckily, but our bassist bought an Ampeg SVT Classic before a tour this past summer. On the last day it just kind caught on fire when we were setting up. He’s usually our optimist on tour but he was clearly gutted.”

Would you like some flowers with that EP? Check out the artwork for the band’s new EP Barely You: 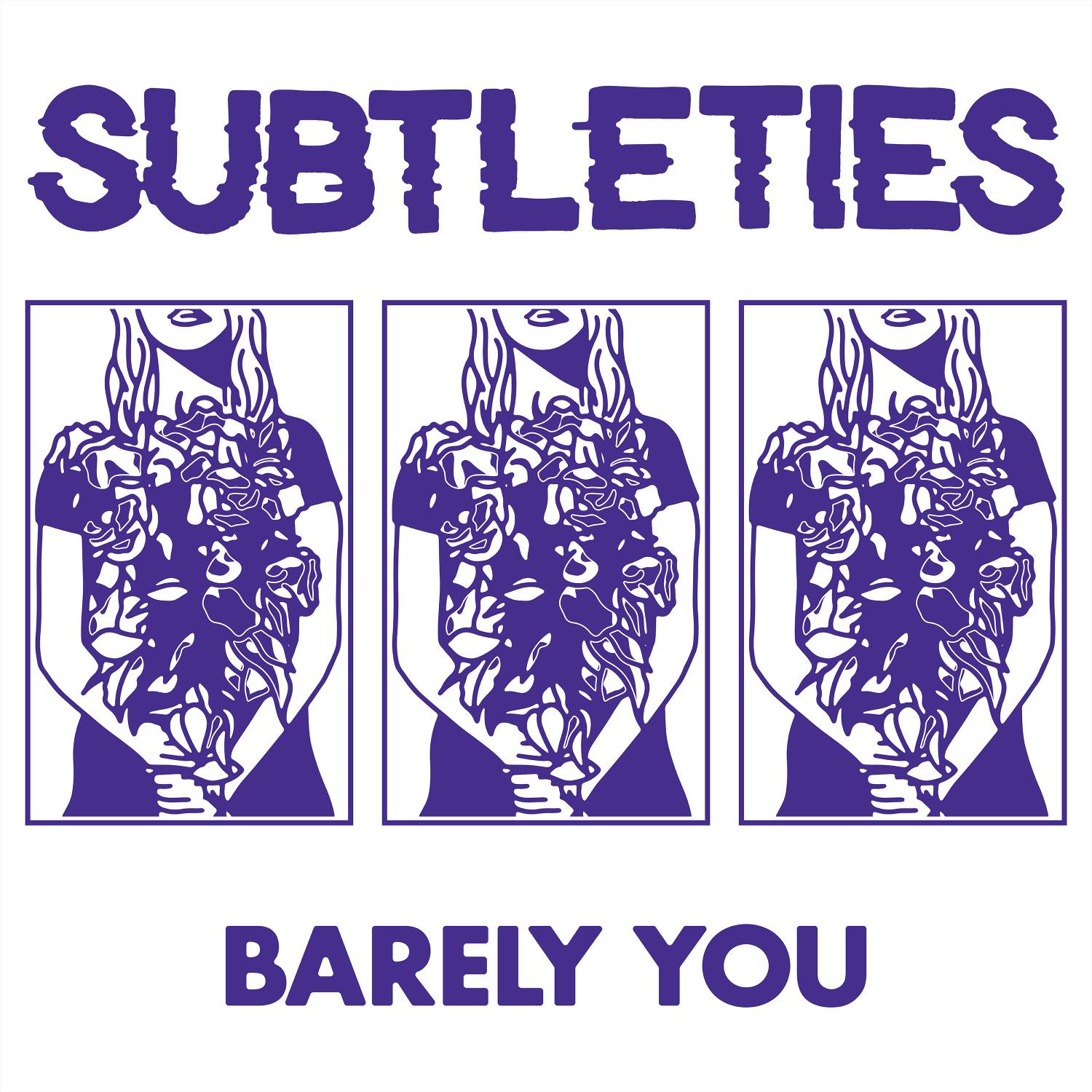 Ratelle: “A friend of mine had one and his tone was always so good live. When I decided to buy it I didn’t think of it as a long term solution, but as a gamble on Reverb. I had a little money to spend and found this one for a good deal, so I went for it.”

Ratelle: “I do a little routine maintenance on it to make sure it’s looking and sounding up to par, but besides that it comes stock sounding great. The Seymour Duncan ’59 and Pearly Gates that come in it sound great, so I have yet to even upgrade anything since I got it.”

Are they any major cons to the guitar and how does it fair during regular touring and gigging?

Ratelle: “This guitar is great for the road. I hammer on my guitar live, and it was always an issue before I picked this up. This can be used consistently with no worries, and has held up well with all the travel it has endured thus far.”

Ratelle: “If you’re in a band that plays out fairly frequently and you need a tremendous sounding guitar that’s also a workhorse, give this a shot. I really can’t recommend it enough to anyone looking for a solid guitar.”

From more of their acoustic past, check out the music video for the debut single “Nobody:”