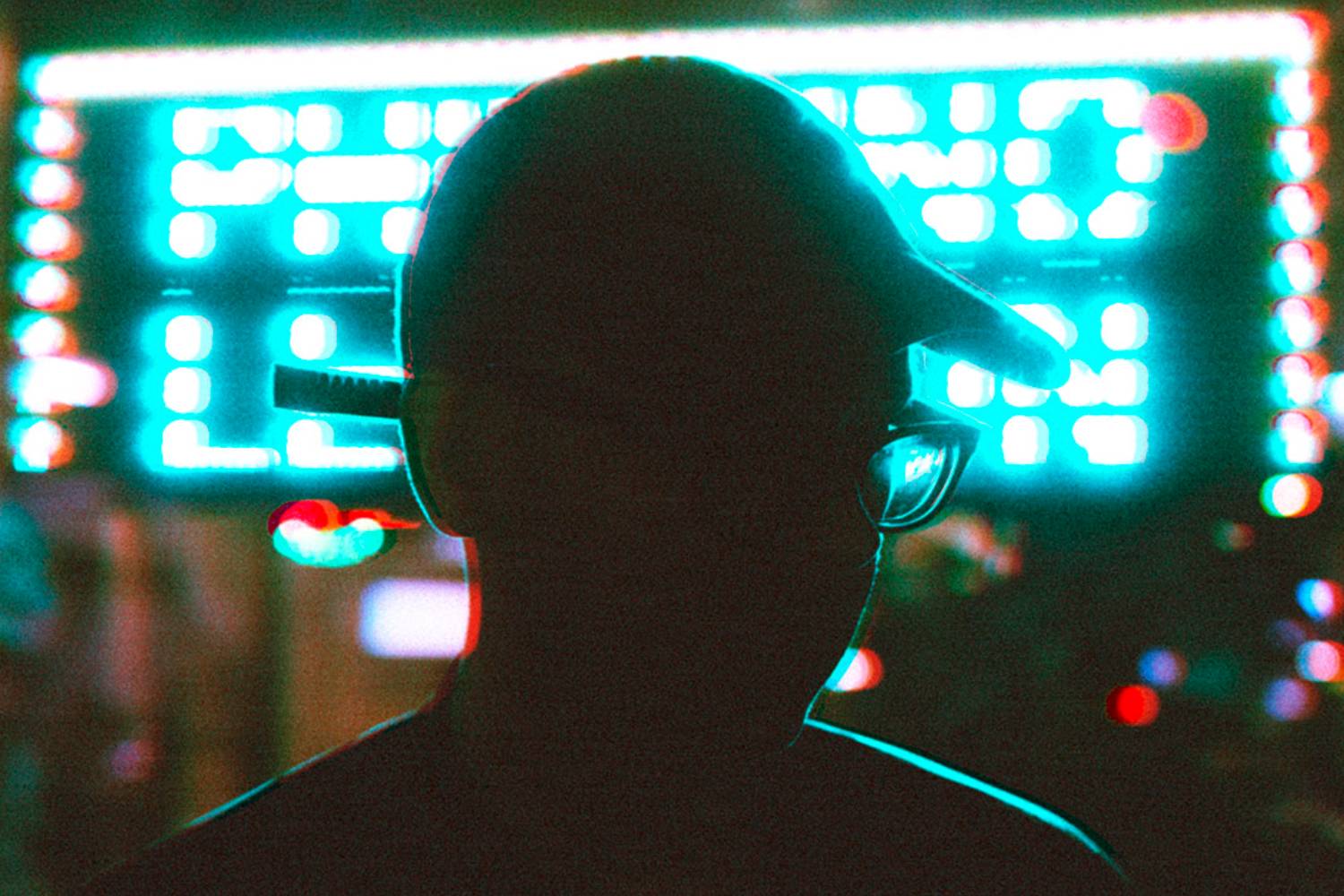 If you are a music fan in general, it is a great time to be a Torontonian. It is a truly wonderful thing to see artists native to Toronto achieving worldwide success. Hailing from Toronto myself, I may be a bit biased towards the TO music scene, but what I find most impressive is the creativity and diversity of sound that emerges from the city. At the end of the day, Toronto is a mosaic of numerous different cultures and people, and I believe this is reflected in the music. The latest product of the great city is Erich Mrak, an artist who refuses to constrain himself to a single genre or sound. Brought up listening to R&B, hip-hop, pop and more, Mrak’s love for music quickly turned from teenage experimenting with loops and samples to full-blown songwriting and production.

To best describe him as a stylist, he likens his music to the ‘80s synths of New Order mixed with the experimental and progressive hip-hop sound of Brockhampton’s Kevin Abstract. After listening to Erich’s music, I can truly say that it is refreshing to hear such original tunes. It took me back to the first time that I listened to Travis Scott in the Days Before the Rodeo era, with autotune ladened vocals and intricate production, he creates not only music, but a dreamy atmosphere that you almost have to sit back and close your eyes to appreciate.

Erich is today releasing an emotionally-charged video for the title track to accompany the recent release of his new EP See You In September (which you can check out via Spotify), filmed on the streets of Toronto where he lives, and we are fortunate enough to bring you the exclusive premiere, along with a one-on-one chat with the artist. According to Erich, the intent of the music video “was to illustrate what life looked like at the inception of the EP. Beginning the short is an abstract interpretation of a state of groundlessness, with the failure to cope with emotions driving the loneliness deeper. The Erich you’re faced with is one that is trying to numb himself and push through the waves.”

This is Erich Mrak, and he just might “See You In September”:

Being from Toronto as well, I know how unique a place it is to live. How has growing up in the TO directly influenced your sound? Who were some of your musical inspirations as you started maturing as an artist?

Erich Mrak: “It really is. Maturing as an artist in the downtown core of Toronto definitely moved my sound away from a pop/rap-oriented space, and pushed me to figure out what defined me as an artist, my message, my sound. Inspiration wise, I draw from artists and groups like Prince, Fleetwood Mac, The 1975, Mac Miller, and Frank Ocean.”

Your sound is very different from a lot of Toronto hip-hop artists. How would you describe your music to a new listener and what genres do you draw influence from?

Mrak: “I’d describe my music as a stream of consciousness, I sort of like to just open up the flood gates and see what happens. My most recent songs don’t tend to necessarily reflect specific situations, but rather thoughts that I find myself coming back to and grouping together. I feel that way they more truthfully reflect the concept or feeling I’m trying to convey. My music is in line with experimental and dream pop with an underlying influence from hip-hop. Personally, my usual references are Jon Bellion, Kevin Abstract, Frank Ocean and Bon Iver.”

It is no secret that the Toronto hip-hop scene is currently booming. We all know about Drake, PARTYNEXTDOOR and Tory Lanez, but it’s great to see more underground artists getting the notoriety that they deserve like Killy, Houdini, and K Money. What is your take on Toronto’s hip-hop scene and which (if any) Toronto artists would you like to collaborate with?

Mrak: “I love it. Toronto is a city where people feel open to exploring new avenues of sound. There are so many talented artists from here that push me to do better. In terms of local collaboration, I think Sean Leon and I could make something great.”

Ahh, the bright and beautiful “City Lights.” Check out the single artwork: 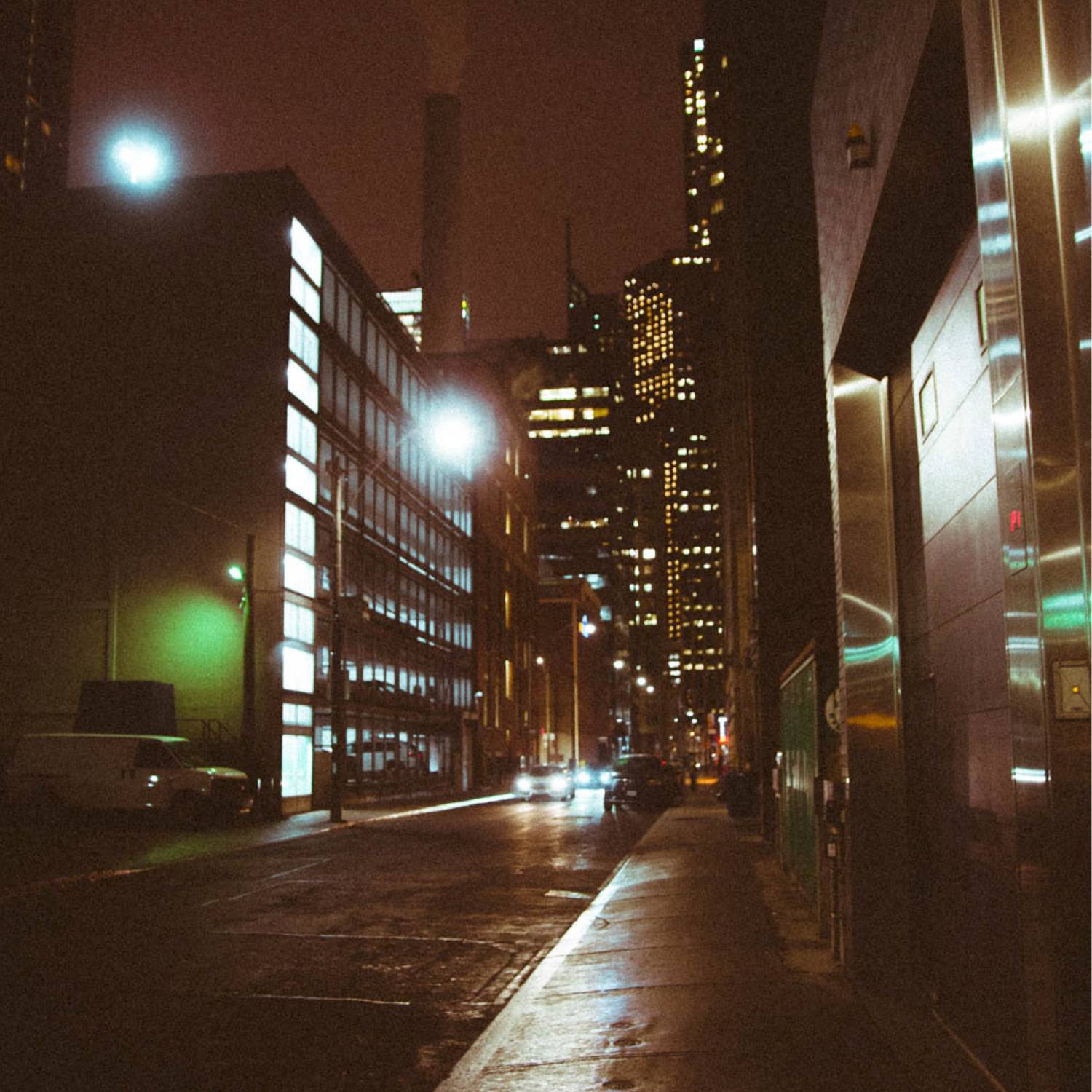 Tell us more about yourself outside of music! What are some of your hobbies?

Mrak: “I’m part of a small restaurant crew located at Bloor St W and Lansdowne Ave called The 47. I help run the kitchen, come by and visit! Aside from that and music, I don’t really do too much. My hobbies consist of casual denial of alcoholism, looking after a crazy but lovable dog that’s on an all-beef diet, and annoying my partner with lazy self-deprecating jokes.”

It’s impressive how you’re so involved with your music; you write, produce and provide vocals. Take us through your process for creating your music. When you write, do you draw from personal experience?

Mrak: “I work with my in-house producer, Bento, and we usually sit there playing and singing and messing around until we land on something that we think we can turn into a song, and then I write to it. The most important thing I’d say is making the time to allow the music to develop the way we do, which can be a challenge in an expensive city like Toronto but we make it happen. I can’t help but draw from personal experience because everything is a personal experience when you think about it.”

I can tell that you possess knowledge of music from many genres. As a result, I was wondering what your favourite (or top three favourite) song(s) are? What music are you listening to right now?

“Think About It,” you’re getting hooked in Erich Mrak so check out another music video:

It is clear that a lot goes into your production. How do you ensure that you create the atmosphere that your songs demand in your live performances? What makes your performances unique?

Mrak: “I’ve always found performing to backing tracks to be underwhelming. For most live shows I enlist my band, though more frequently it’s simply my lead guitar player and myself on vocals (sometimes with a pedal) for the smaller, intimate live sets which is my preference and where I am most comfortable. The live versions of the songs are stripped renditions, which makes my performances very much the opposite of the original, studio recordings.”

What is your favourite love song of all time?

One trend in hip-hop that I absolutely love to see is rappers linking up with international artists and making feel-good bangers. Are there any artists, not native to North America, that you would like to connect with?

You just released your latest single titled “City Lights.” Please tell us about this track and what the future holds for Erich Mrak.

Mrak: “I did! It centers around my walk home after work, generally after a late shift closing up a kitchen under “City Lights” where you catch yourself lost in thought. At the moment, I’m wrapping up my debut album (title TBD), and have a full alternate rendition of my See You In September EP, which is made up of all of the singles released in 2019 performed live-off-the-floor by my band and myself. I also have a few visuals set to release over the next few months.”