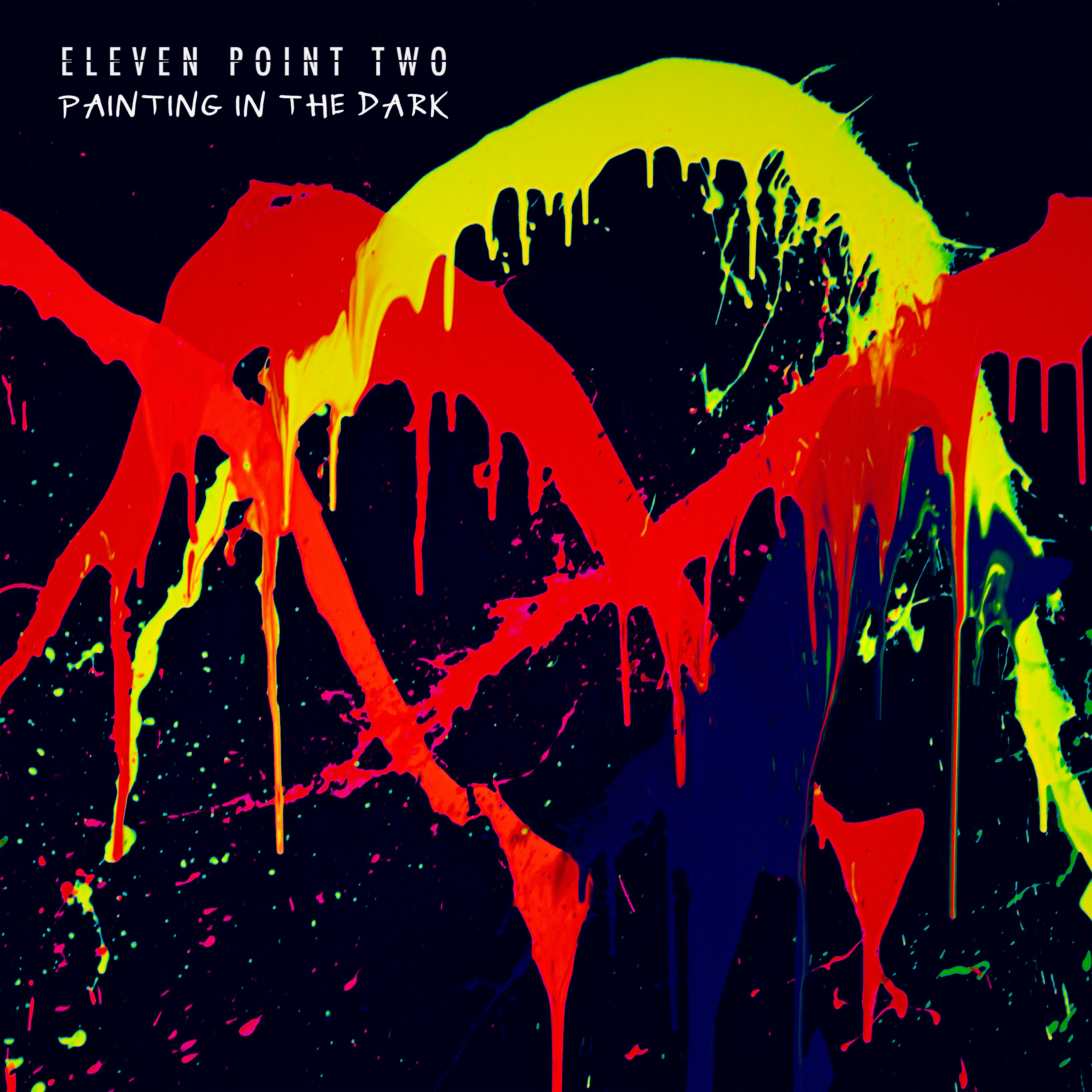 Emerging from Southern California, alt-rock duo Eleven Point Two have released a new album entitled Painting In The Dark. Comprised of musical brothers, Taylor Siegel (piano/vocals) and Jon Siegel (drums), the dynamic duo has developed their own take on an eclectic alt-rock sound. Influenced by a vast array of artists including Twenty One Pilots,  Angels & Airwaves, and Coldplay, their music resonates with a style that touches on equal parts originality and familiarity, giving their audience a taste of something fresh yet still identifiable and relatable.
Painting In The Dark is an exquisite showcase of their artistry as they unearth raw, intimate lyrics that touch on emotive subjects of emptiness, suicide, and anxiety. Musically, the brothers prove themselves time and time again with each track showcasing different elements of their musical talents and ideas. Sonically – the album is on point, not a beat missed, full of eclectic touches, and staying true to an alt-rock sound. Lyrically – the brothers put their hearts on their sleeves in a way more reminiscent of a coffee-shop singer-songwriter than an alt-rock band (and we LOVE them for this). It’s because of this unique combination that Eleven Point Two have something new to bring to the table in the ever-increasingly saturated world of the music industry. Needless to say, we are big-time fans of this band and can’t wait to see what else they bring fans in the coming months.
Keep reading to get an inside look into each song from Eleven Point Two:
“Painting in the Dark” – (JON)
“Painting in the Dark” struck me one night while dreaming about where I wanted to be. I was looking up at the stars and the whole concept just came together right there. At the time, I was in a low place that I didn’t like and I was a person that wasn’t really me. It’s a song of hope that whatever I’m looking for is “out there somewhere,” I just haven’t found it yet.
“Restitution” – (TAYLOR)
This song was redemption from a period of writers block. It is me talking to my creative self in hopes that they will come back and stay for good. I went for probably 2 months without writing anything that I liked so it came out of desperation for a finished song that really meant something to me. I have put a lot of pressure on myself to write “good” songs which basically scares me out of writing anything at all, but now that I trapped that feeling into a song I feel like I’ll be able to listen back to it and lift that weight from my shoulders. 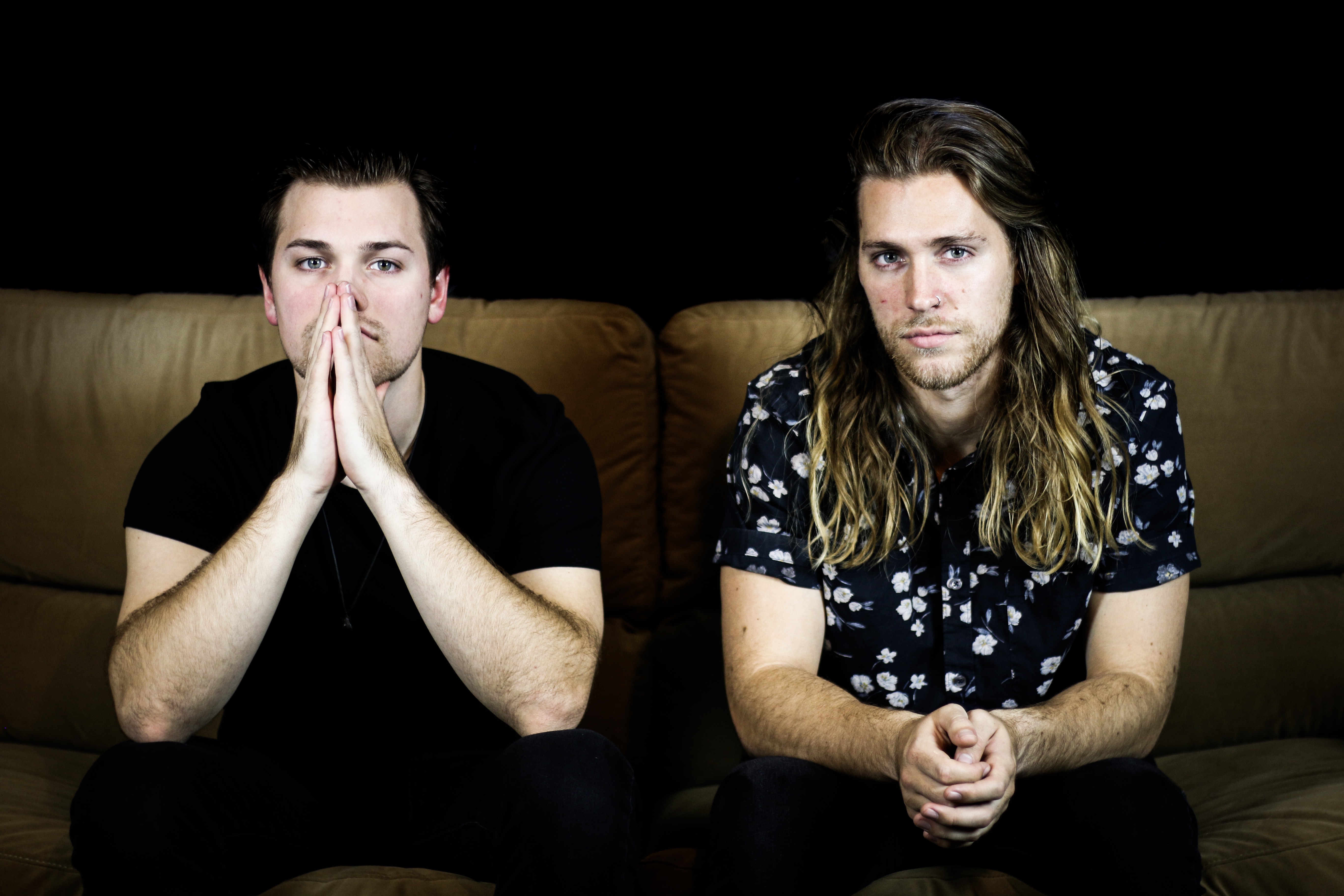 “Don’t Wanna Spend the Night Alone” – (JON)
If I were to sum this song up in one word, it would be emptiness. I wrote it at a time when I felt hollow inside and unfulfilled, like part of me was missing. Imagine that I’m not one single entity, but two. Theres the physical body and state of me. Then, there’s the non-physical, spiritual me. So I wrote this song when I was physically here, but felt that my heart was gone. My head was somewhere else. My soul wasn’t here. The “You” that I’m calling out to in this song is not another person, but another part of me that has gone away. I don’t want to spend another night alone in this empty body.
“Take Me” – (TAYLOR)
Take me came at a time when I hated my life and hated who I was. My interest in outer space and life outside of earth fueled the main concept of this song. I would lie in my bed at night looking out my window into the sky hoping that someone or something would come down and take me away forever so that I wouldn’t have to myself. The lyric “take me, replace me, I can’t seem to break free” was the building block for the rest of the words to that song.
“Not the First” – (TAYLOR)
There was an awful shooting that had just taken place close to where I lived and it got me really down along with the whole community around me. In hard times like those, I get easily caught in my own head and wonder why I’m still here if so many other innocent people can be taken away without notice. I realized that a lot of other people must be asking the same questions and struggling with their mental health at the same time which put me in a call-to-action state of mind. I wanted to write something that people could relate to and convey it clearly without any fancy metaphors. And so came “Not the First.” 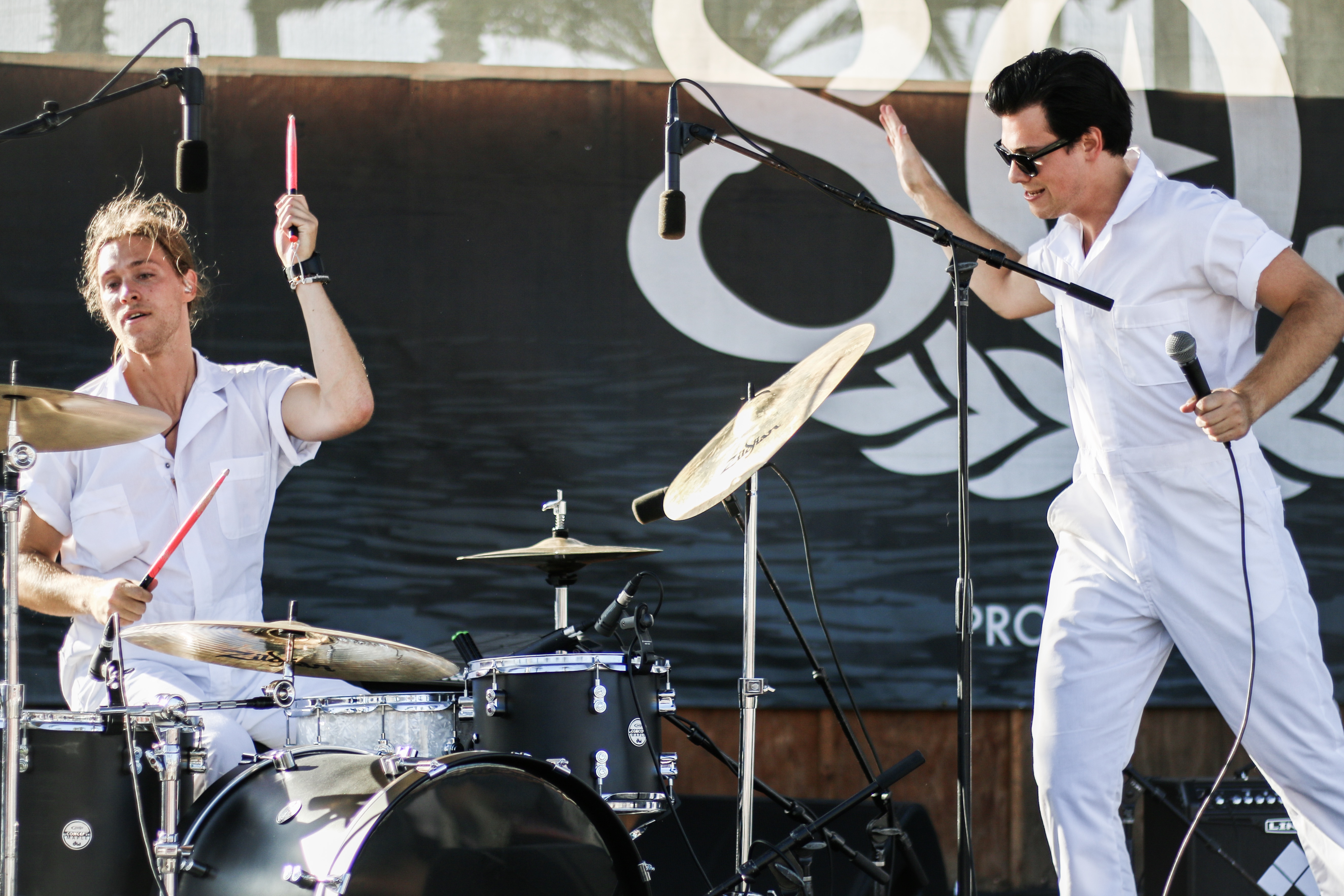 “Lifeline” – (JON)
Lifeline came about when it felt like nothing was going right. I had no money, no job, and “my dreams” as referenced in the chorus, felt like they were just not working out. I had this terrible feeling inside that my whole world falling down and I had nowhere left to turn. I couldn’t sleep and had terrible anxiety about my future. In a sense, this song was a calling out to the universe. I sat at the piano and all that I could think at the time was that “I need a lifeline”. I need something or somebody, anything to help me.
“Monster” – (JON)
I’d hit a point where I didn’t recognize myself. I’d become something that wasn’t me. “Monster” is a song that I can relate to many points in my life because there are far too many times where I’ve acted in ways that were based on my surroundings. Too many times I’ve tried to just be someone else. Running along the lines of “Don’t Wanna Spend the Night Alone,” the monster that I’d become was partially due to the emptiness I felt inside. While also partially due to wanting to fit in with others. I’d searched for a cure; anything that would allow me to ease the pain and feel like I belong, while leaving who I truly was behind.
“Midnight Passion” – (TAYLOR)
This one is about reminiscing on the good times that have happened in the past with another person. Even when a relationship gets rough, whether that be with a significant other, family member or friend, sometimes it helps to remember the better memories with that person and breaks the current cycle of just going through the motions. 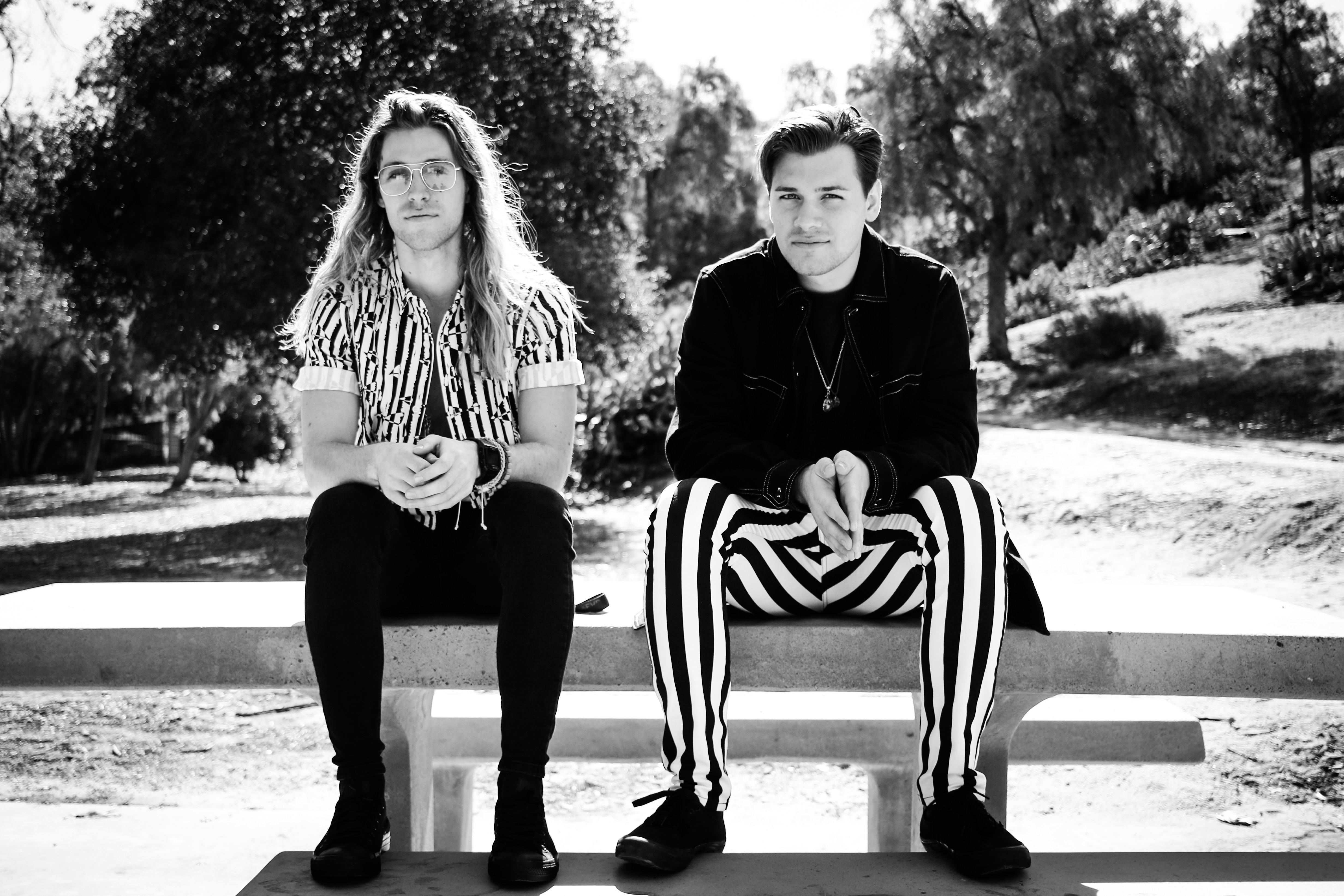 “Who I Am (Not Superman)” – (JON)
This song is about being looked at as something I’m not, and also accepting that I’m not perfect. There are many voices and outside influences that try to tell me what to do and who I should be. Not many people truly know me (in part to my own doing) and don’t look much deeper than the surface.
“Messed Up” – (JON)
To keep it short, “Messed Up” is about alcohol. The first time I drank was when I was 15 and it only went downhill from there. I started because that’s what all my “friends” were doing. I just wanted to fit in. By the time I graduated high school, it really messed me up and changed my life.
“Silhouette” – (JON)
I’ve never really felt that connected to other people. There’s not many that I can say I truly click with or that understand me. Growing up, I was always labeled as the shy kid. I was never the one up front or to speak up. When I’m in crowds, or in a room with new people, I feel like nothing more than a “silhouette” in the background.
Coinciding with disconnection to others, I’ve struggled hard with trust issues which leads me to keep to myself more than I should. The pre-chorus of this song breaks that down with “I’ll follow only my shadow into the darkness, I’ll go. Where the only truth that I know won’t fade like a photograph”. These lines sum up that I keep to myself, hiding away in the dark, because the only person I can trust is myself. 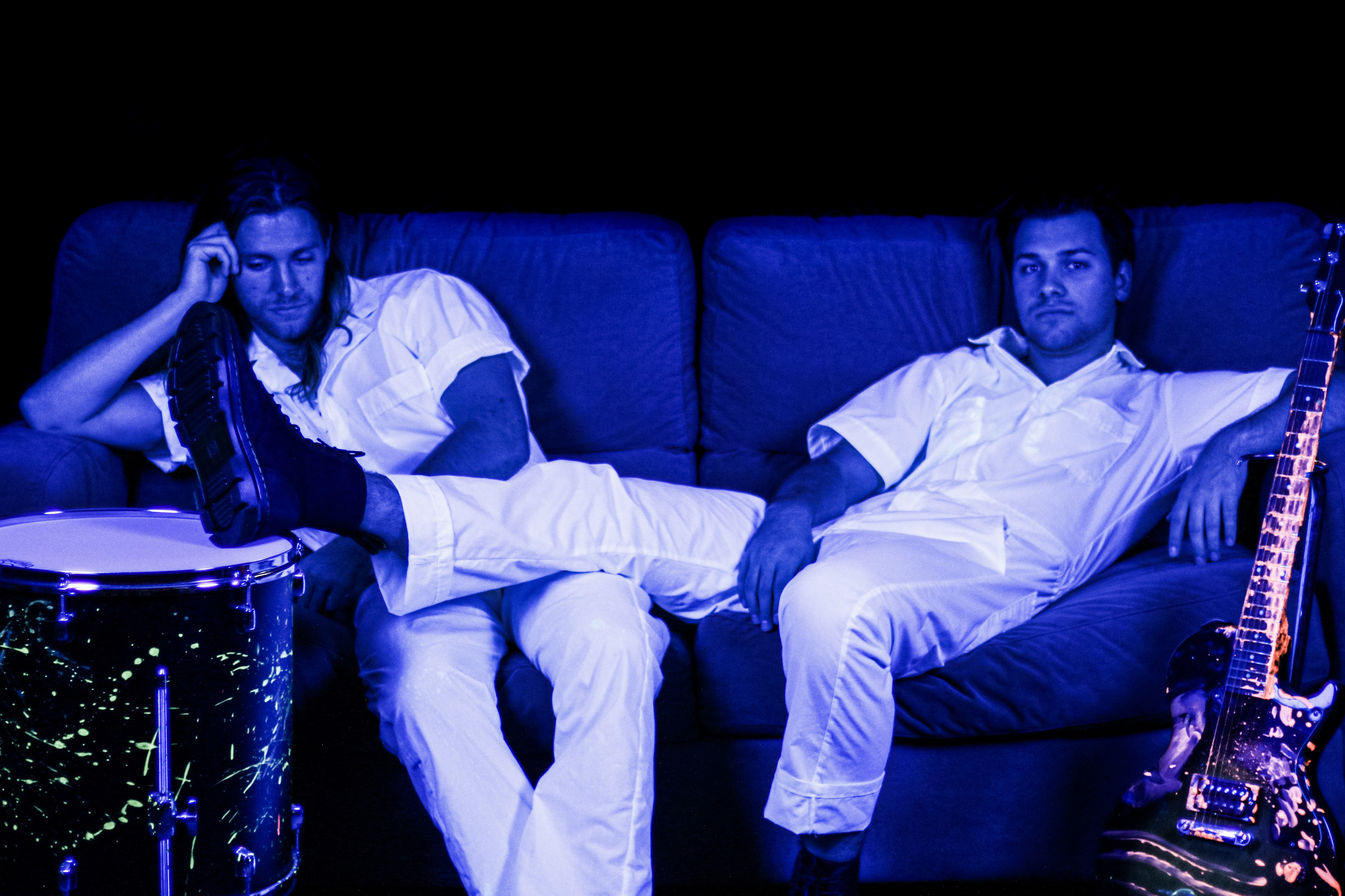 “The End of the Beginning” – (TAYLOR)
The End of the Beginning is sort of a “tug-of-war” match between myself and my darker thoughts, which really is the main theme of most of this album, hence why I decided to place it as the closing song. It starts off with a question that I struggled with for a long time: “do I share my pain and say what’s on my mind?” Everyone is hiding some sort of inner struggle within themselves and most do not share that with others when they should. Music has become a way for both me and my brother to express our inner battles and hopefully show everyone who listens that they can too. I ended the song with a phrase that repeats in order to see clearly what I have to do whenever I am in a state of depression or anxiety. The title is a play on the phrase “the beginning of the end” in order to represent a time of victory after a long chain of defeat, famously quoted by Winston Churchill.
Connect with Eleven Point Two:
Instagram . Spotify . Website .
Instagram . Spotify . Website .
Instagram . Spotify . Website .
0