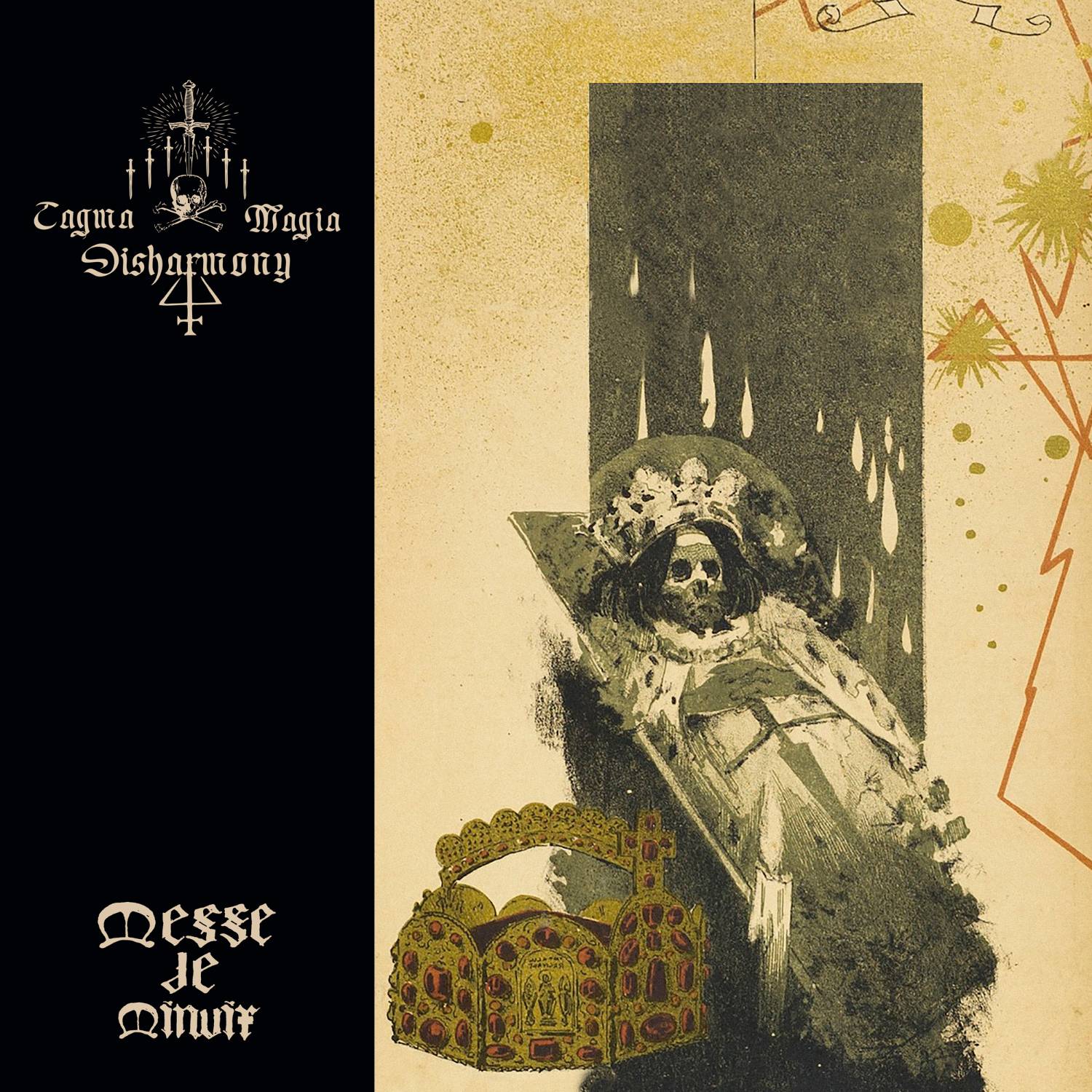 Conventional research avenues in physics, such as the unification theories of Nobel laureate Kip Thorne, speak of the practical impossibility of time travel, but Greece’s Disharmony somehow disprove all this. Their latest album, Messe de Minuit (‘Midnight Mass’) steps directly from the lo-fi early days of symphonic flirtation in black metal into the harsh criticisms of 2019. Yes, the album itself accurately and nostalgically reflects the pioneering sound of Hellenic Black Metal alumni but its glaring rawness does leave the band open to negative feedback, given that so many ‘older’ acts are moving to a crisper, more polished sound despite their do-it-yourself roots. Kampfar and 1349 are excellent examples of how established acts can embrace studio technology to the benefit of their musical output, so Disharmony’s decision to stay this firmly rooted in the past is an admirable one, even if not the wisest one.

And it’s not the typical ‘metal’ aspects of the compositions that are at fault: guitars, vocals and drums all balance a visceral playing style with quality production, but the keys date the music terribly. Both “Hail the Witch” and “Corpus Christi” feature synthesized key parts extensively and, while they are musically relevant, the production and mastering favour the anachronistic sound a bit heavily. The end result recalls the likes of mid-‘90s Countess at its best, and Bal-Sagoth of the same era at its overly-epic worst.

“Corpus Christi” captures the black-and-white, grainy melodrama of the early 1990s visually as well as musically in this video clip.

All that aside, however, Messe de Minuit is a really good example of Hellenic black metal, balancing the cultural idiosyncracies best illustrated by Rotting Christ with the stirring riffs of Varathron. “By the Moonlight” and “Into the Tomb” exemplify this, but each maintains its own character and never sounds like attempted mimicry – itself a positive critique of Disharmony’s nearly thirty year-long history.

The album closer, “Midnight Mass” validates the band’s decision to add ‘Tagma Magia’ (‘magical order’) to their name: clocking in at just over 22 minutes – longer than the rest of the album – this avant-garde, experimental and highly ritualistic recording is the perfect soundtrack to a mystical rite: in this case, an actual Satanic mass held by Kapala King V. Combining eerie field recordings, church-like organs and electronic snarls, the entire experience is an unsettling one. Its inclusion, while a valid reflection of the band’s belief system, is another strange choice as the pure atmospheric overload this one track provides far overshadows the more conventional music of the album itself. “Midnight Mass” is less a counterpoint than a defining statement that could, unfortunately, frighten off potential new listeners rather than invite them closer.

That said, however, alienating ‘newbies’ and thereby separating chaff from within an already closed-off scene is one hundred percent black metal. Corpsepaint, bad attitudes and bullet belts may have been romanticized to an extent in popular culture (see Lords of Chaos as a prime example) but the fire-breathing, confrontational and above all, unapologetic nature of black metal is captured in all its extreme glory by Disharmony on this release and, as such, they deserve only the highest praise from grateful die-hards.