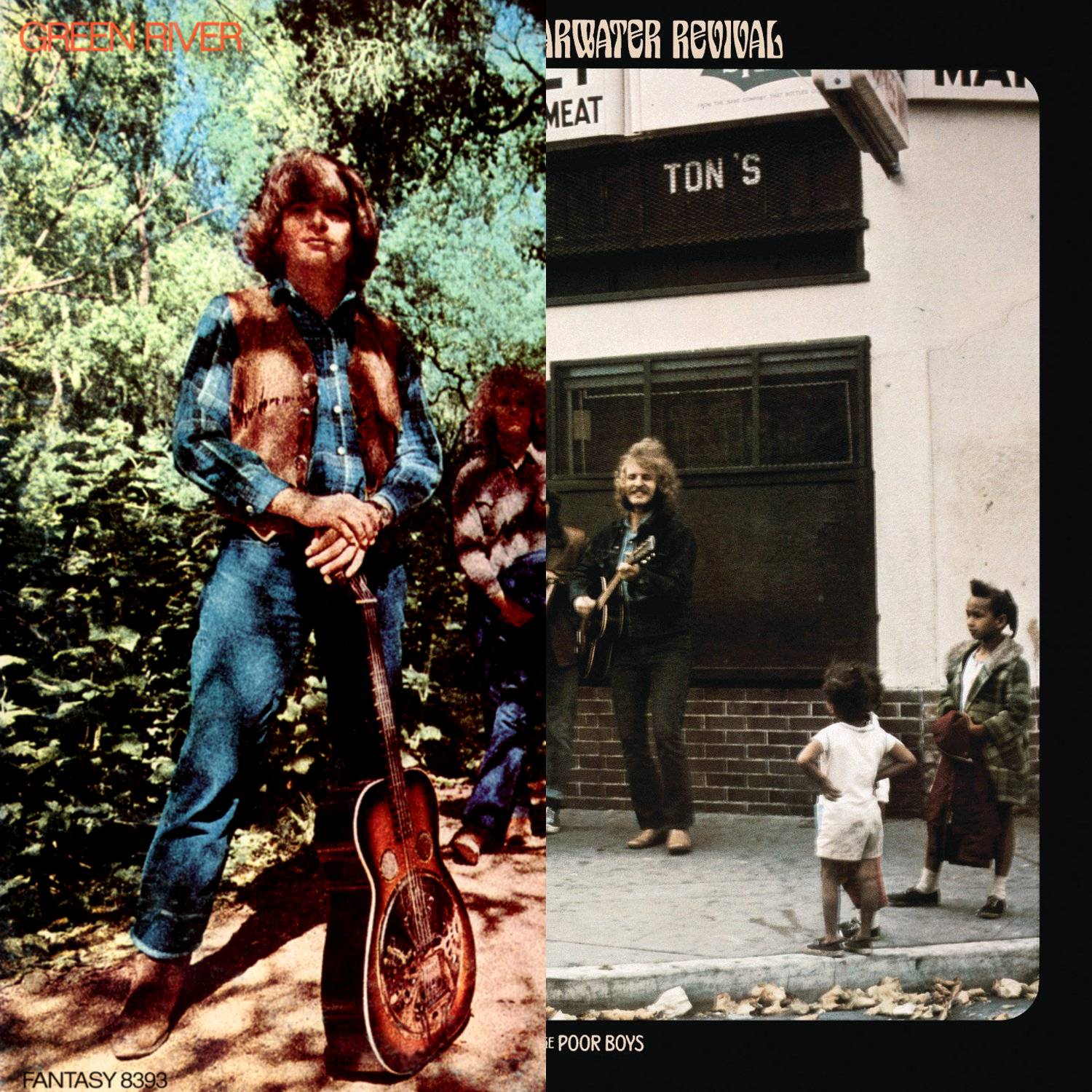 Fueled by intra-band battling — bickering and backbiting, their dramatic story has been recounted for generations. However, what remains most alluring about Creedence Clearwater Revival is their unique brand of American-made music.

In 1969 they were hot as a pistol. In fact, at that time, few American rock acts were exploding like CCR. Led by frontman, guitarist and songwriter John Fogerty, the iconic San Francisco-based band also featured drummer Doug Clifford, bassist Stu Cook and guitarist Tom Fogerty (d 1990). And in 1969 they amazingly placed three consecutive studio releases onto the Billboard Top Ten album chart.

To commemorate this momentous 50th anniversary, Craft Recordings has just reissued two of those time-tested sets (Green River and Willy and the Poor Boys) on 180-gram, half-speed mastered, vinyl LPs.

There’s a “Bad Moon Rising” and it looks bright!

The cool thing is, you don’t have to be an audiophile to immediately notice and appreciate the superb audio upgrade of these reissues. No squashed digital sterility here, my brothers and sisters. The super-heavy vinyl hugs the turntable platter like a long-lost lover. Even when played on a modest home hi-fi, the music sounds crisper and cleaner than ever before. And when pulled straight from the authentic-style cardboard album covers and placed onto said turntable, there hardly is a hint of the snap, crackle and pop heard on the original (now) 50-year-old records — just the quiet, warm organic hum of the needle gliding gloriously across the grooves. The old school Fantasy Records paper labels glued to the center of the records bring additional cred to the experience.

But for those (like me) who lack an understanding of snooty audio jargon, what makes these sets such particular treats is the songs themselves. Green River owns the #2-charting hit, “Bad Moon Rising” and the #2-charting title track, as well as the much-loved staple, “Lodi.” John Forgerty has pointed to Green River frequently as his all-time favorite CCR slab. Willy and the Poor Boys birthed the double-sided chart-buster “Fortunate Son” b/w “Down on the Corner,” along with the popular deeper cut, “Midnight Special.”

And speaking of “deeper cuts,” for me, CCR’s true artistic punch is felt most profoundly via some of their lesser-known tracks. And these two records pack some of the band’s best, including the honky tonk-flavored remake of the R&B / blues classic, “The Night Time is the Right Time” (from Green River) and the Americana / country-tinged “Cotton Fields” (from Willy and the Poor Boys).

For true classic rock aficionados, these LP reissues are true treasures, indeed. In sum, come for the authentic retro factor and superb audio quality. But stay for the timeless tunes!

Here’s a live video of then band tearing through “The Fortunate Son”: