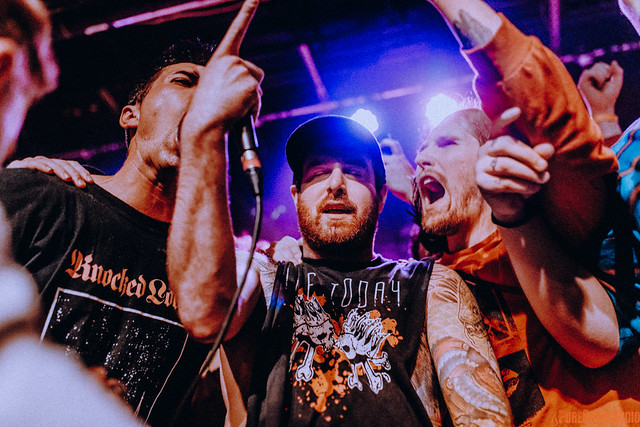 Chaotic, kinetic and stimulating; It wouldn’t be a Counterparts show if a barricade was left up and the venue wasn’t full of fans stage diving and crowd surfing. Yet again, the Canadian band did not disappoint after putting on one of the most action-packed shows that I have ever been to. From being kicked in the face to smashing my head on a stage monitor, the show was anything but calm. Despite the injuries, hardcore shows will forever be the most thrilling to attend and photograph.

If you’ve listened to Stray From The Path you can tell that they are passionate about using their platform to voice their own opinions and speak from the heart. The Long Island group creates impressive lyrics about varying topics such as politics, law enforcement and the everyday struggles of life. Their powerful topics and punchy lyrics are hard to go unheard. Increasing the movement and energy, Stray From the Path stormed the stage and bodies were tossed towards them only to jump right back into the crowd. Starting out with their catchy “The Opening Move,“ they quickly got everyone’s attention and had them ready for more.

“Actions Not Words” speaks well of the ferocity that Stray From the Path is capable of:

During the show, Stray From the Path discussed the importance of using their music to help educate others about the issues occurring around the world. They also promoted their new album Internal Atomics which they released the same day as Counterparts’ recent release, Nothing Left To Love. At one point the lead vocalist of Counterparts, Brendan Murphy, joined Stray From the Path on stage for their latest song “Kickback” which everyone in the room moving. Towards the end of their set, Stray From the Path introduced the idea of filming a music video with the crowd for their song “Badge & A Bullet.“ At this point, the crowd was so disorderly that I had to hide my camera behind a stage monitor, but that moment was an incredible experience.

The tension was high and everyone’s anticipation was through the roof as the stage was being torn down and put together again for Counterparts. The metalcore band eventually stepped up to their positions on stage and everyone went wild. I feared for my camera during Stray From the Path but during Counterparts was a whole other story. The venue was full of rampageous fans ready to let loose for their favorite band and the crowd did not disappoint when showing their support. Counterparts started off their set with the intro song to Nothing Left To Love and went straight into their melodic hit “Wings of Nightmares.”

Counterparts immerse you in “Paradise and Plague“ with this recently released music video for the new single:

Murphy took the time to thank his loyal fans for coming out to the show. He talked about how appreciative he is that so many people have supported this tour because he chose some of his closest friends to join him on the road. Murphy told everyone how bands don’t always get a say in who they get to go on tour with and The Private Room Tour 2.0 was his way of showing that you don’t always have to follow the rules. Throughout his speech, Brendan discussed his friendship with Stray From the Path and how he’s glad that the two bands decided to release their albums on the same day. Both would rather support one another by promoting each others’ albums rather than competing to be the first one to release their album. Murphy followed up his encouraging speech by taking it back a little and playing “The Disconnect“ from their second album The Current Will Carry Us. Counterparts then welcomed everyone on stage to join them in singing the powerful last verse of the song. Fans gathered around and screamed the lyrics with Murphy which was an amazing sight to see.

I think everyone in attendance to this show learned how important it is to support one another; especially by not letting crowd-surfers plummet to the floor. Counterparts and Stray From the Path put on incredible shows and I’m eager to see them together again soon.

Counterparts’ latest record, Nothing Left To Love, was released on November 1st, 2019, via Pure Noise Records: 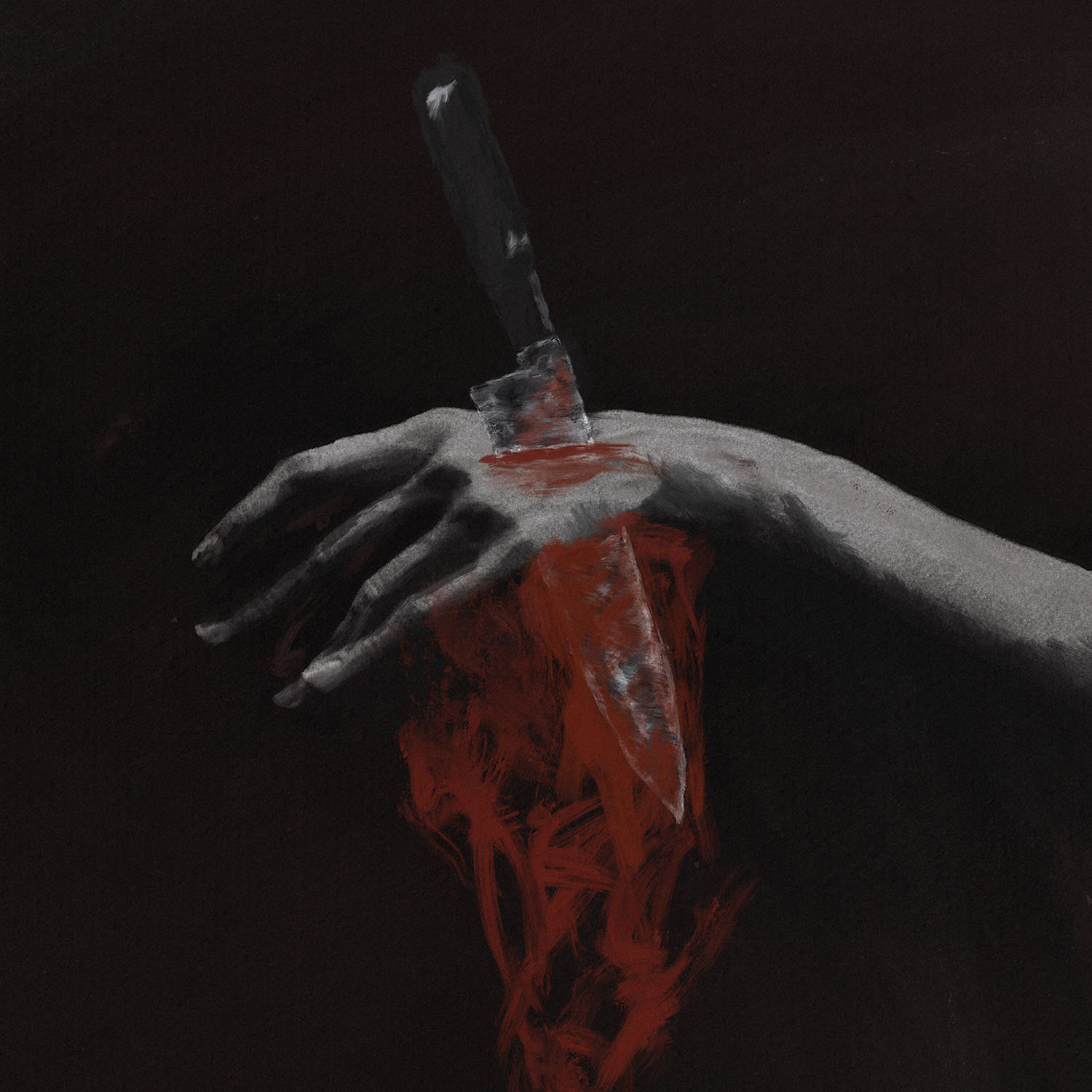