Let’s get a little spacey today! The new “Event Horizon” music video progressive metalcore band Starless should do the trick. If this is a name you haven’t heard of before, well, it’s ok because Starless is a brand new act, only conceived of at the beginning of this year. Highly motivated to hit the ground running, and start burning some metal rubber, the quintet got right to the drawing board and quickly wrote and recorded their debut self-titled EP.

Released on October 28th (and available via SoundCloud or Spotify), the EP contains lofty melodic passages, intermixed with the brutality of some sharply-driven breakdowns and metalcore riffs. Each song explores a different tone and style, which illustrates the members’ propensity for musical exploration. Releasing an EP so soon after forming, the members in some ways use this album to not only properly introduce themselves, but also to provide a hint of the varied musical futures that Starless may pursue.

In the words of the band themselves, they stated, “This self-titled EP is our first major release, and serves as an appetizer for the sound that we’re striving to create. Drawing influence from both modern metalcore and progressive outfits throughout history, the EP emphasizes compositional aptitude over blunt force. From the grand, symphonic nature of ’Age of Discovery’ to the methodical and menacing rhythmic intensity of ’Cro-Magnon,’ each song captures a sonic space of its own.” With so many albums with songs that all sound the same, it’s commendable that even on their first release, Starless has created a distinctive piece of musical considerations.

In the eight or nine months since their formation, Starless has already played many shows and many of a larger scale with several talented bands around the U.S. Most recently, they paired up with fellow Cincinnati, Ohio group Settle Your Scores. The band is the result of two years of musical chemistry that came in contact with lightning at the exact right time. Not ones to limit themselves musically to a particular sound or time period, Starless are perfectly ok with taking from both the present and the past to move forward in different directions. The only limits that Starless impose on themselves is that they want their music to be approachable and actually worth listening to.

The pillar of strength that holds Starless together is the brotherly duo of guitarists Kenny and Joe Barth who love to bust out the guitar solos that they are so well versed in. Walter Stefanides has got the frontman duties down, seamlessly changing between guttural growls and powerful clean vocals, while Dylan Roberts offers the band a sense of atmosphere with his symphonic soundscapes and synthesizers, while Ethan Clifton picks up whatever slack is left with precise rhythmic drumming. Stay tuned for more Starless as they continue to define themselves by redefining their own musical limits.

Listen to more of Starless from their debut EP with the track “Solar”:

And now the official artwork for the recently-released Starless debut EP: 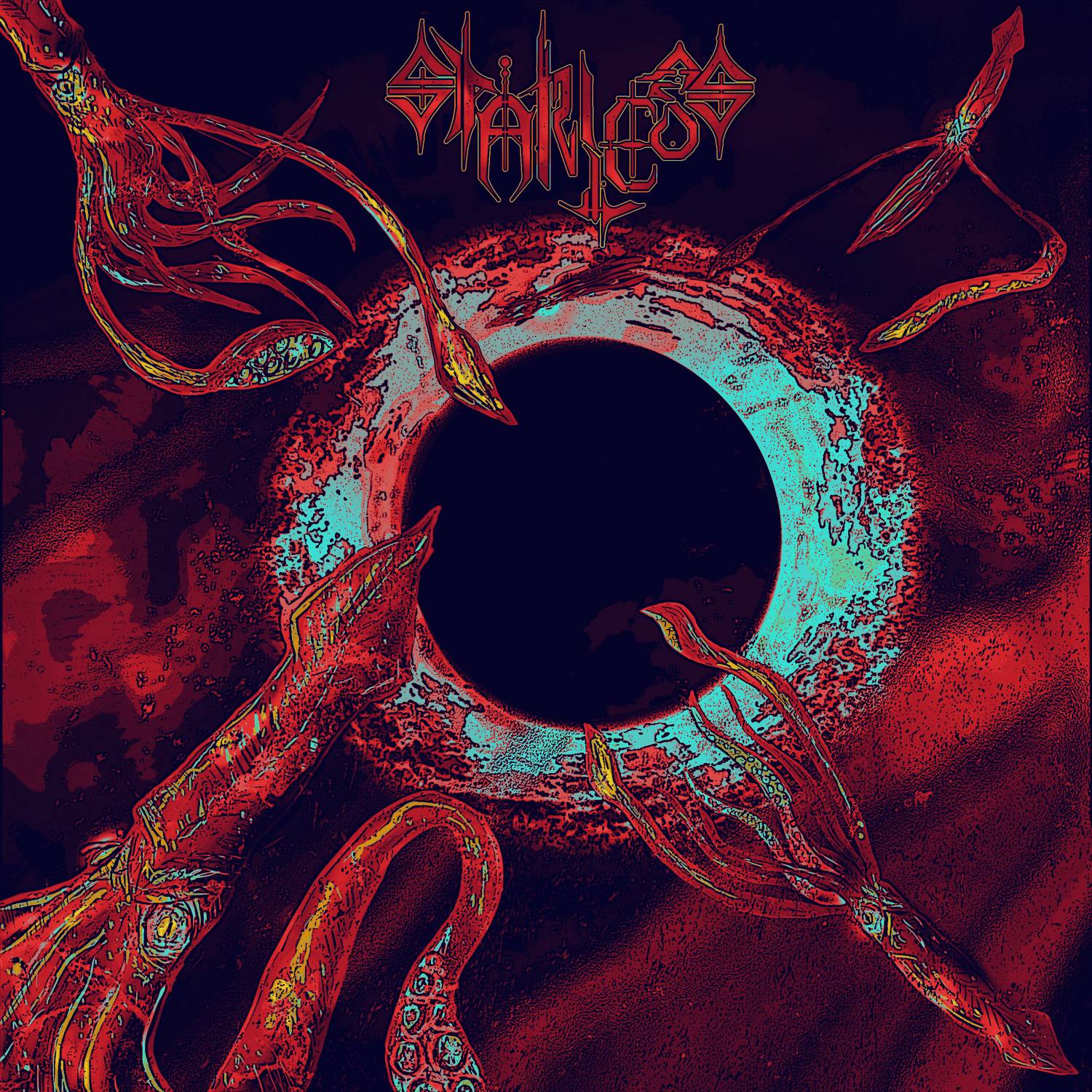