You’re about to fall into the “Jaws” of North Wales band Gravves with our exclusive premiere of the group’s new music video. The video is a short, hectic and animated barrage of riff-heavy punk rock that sounds something like The Bronx, early Gallows and the 1980s Matchbox B-Line Disaster. It’s basically how real punk is supposed to sound, in the underground, below where all the typical pop punk of the day resides.

If you’re already hooked and wondering where you can find more new music from Gravves, you can pick up the band’s recently-released split-EP with indie/alternative duo Deh-Dey, released in October via Restless Bear. The EP, simply titled Gravves / Deh-Yey, features two tracks from each band. You can purchase it now, via Restless Bear’s official Bandcamp. Both Gravves and Dey-Dey perfectly complement each other’s sound on this split release, with each group having equal opportunity to shine and serve up their differing aural attack.

Regarding the new song and its inner meaning, Gravves collectively commented, “‘Jaws’ is a song about the breaking down of a relationship, and its effect on our own sense of identity and self-worth (which definitely isn’t a pretentious way of saying this is a breakup song). We wanted a fast paced, frentic and colourful video for Jaws. Thematically it’s a resentful and turbulent song, and we really wanted that to come across on screen. We thought Callum from CSD Videography would be perfect for this given his talent for piecing together cool animated sequences that definitely catch the eye.”

Released in August, watch the music video for Gravves’ “Steady As She Goes (And Dies)”:

And catch the eye they do! It’s rare to have both a visual and auditory experience as intense as this one. As a band, Gravves have become a recognized name in the UK underground punk and alternative scenes. They have been steadily releasing music for the past few years now, with their Oh, The Joy six-song EP being the most significant. Featuring six tracks in total, Oh, The Joy was released in spring, 2018. What has coincided with the release of these EPs and singles has been a pretty gruelling touring schedule, which has included spots at Sound City Festival, Wrong Festival and Focus Wales. Their fanbase has spread wider through various radio play. If you enjoy crazy, no holds barred punk rock without any rules or limits, then Gravves is for you. Just make sure your intensity level is at an eleven or you’ll be missing out.

Check out the artwork for the Gravves / Deh-Yey split EP: 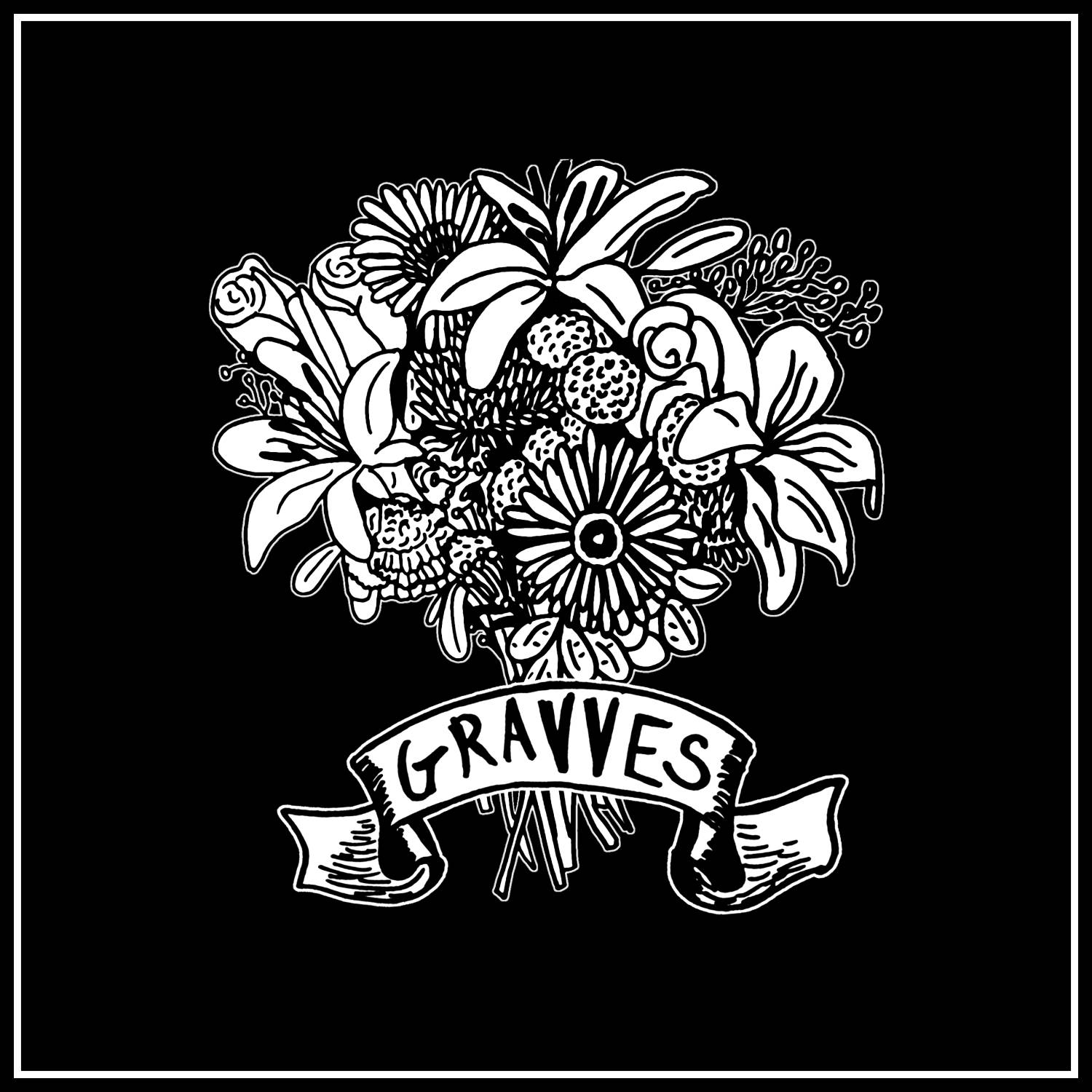