Detroit’s Child Bite never sits still, operationally or creatively. The abrasive angularity and caustic aggression of their metallic noise rock, think The Jesus Lizard, Dead Kennedys, Nomeansno, Melvins and Voivod in an epic cage match, may forever be difficult to get a handle on, but the band’s impeccable work ethic and non-stop forward movement means you’ll perpetually be able to experience them scrambling minds via a live setting or a discography that has hardly stopped growing since they formed in the mid-‘00s.

For their fifth album, Blow Off the Omens, the band employed engineer/reluctant producer Steve Albini and the Grammy-winning Collin Dupuis (Dr. John, Lana Del Ray) for mixing duties to help with their continued sideways slink and expansion in ways that conventional metal/hardcore punk might not even think of, let alone consider. We caught up with vocalist Shawn Knight whilst both he and your intrepid reporter were on separate tours for a quick, yet fractured, email exchange about the new avenues explored on Blow Off the Omens, lessons learned from Metallica, and being stumped by their own guest guitarist.

How long did it take to write Blow Off the Omens and what kickstarted the writing of the record?

Shawn Knight: “The writing was quick, roughly three-and-a-half months. Winter isn’t the ideal time to tour, so we figured we’d book a spring recording session and spend the cold months writing. We almost always book our sessions before anything is written; it lights a fire under our asses. We hadn’t recorded an album since Negative Noise in 2015 (released in 2016) so that lengthy break was plenty motivation!”

Check out a full stream of Blow Off the Omens, out November 22nd via Housecore Records:

Was there anything that was done differently in terms of the way the album was written when compared to how you have done things in the past?

Knight: “Definitely. First off, this was our first time writing with our current guitarist Jeremy Waun. He’s been in the band since mid-2017, but we were busy touring and kind of holding out for a full-time drummer before jumping into an album. By the end of 2018, touring had slowed down and we didn’t want to wait for Mr. or Mrs. Right anymore, so we started writing with various buddies sitting in on drums. Eventually, we began re-demoing those songs with programmed drums, which had never been a major part of our process before. That turned out to be a very efficient way for us to lay down our ideas, quickly experiment with structure and rhythm changes, etc. We then sent those more polished demos over to our friend Shane Hochstetler in Milwaukee, who reinterpreted our drum parts and laid down the final drums as heard on the album.”

Your touring schedule is known to be pretty rigorous. Is there anything you’ve discovered or learned about the band from playing live that was applied to the new album (i.e. song sequencing and lengths; what parts that kids react to; etc.)?

Knight: “We like having variety on an album, but certain types of songs tend to get played live more than others. So yeah, this time around we leaned toward a more consistent, three to four minute song length. Though we have our individual favourites, I can see us whipping out any of these songs live, whereas in the past certain tunes, generally the more ambitious/proggy numbers, only got played once or twice after they were recorded. Basically, (it’s) the same lesson Metallica learned after …And Justice For All.” 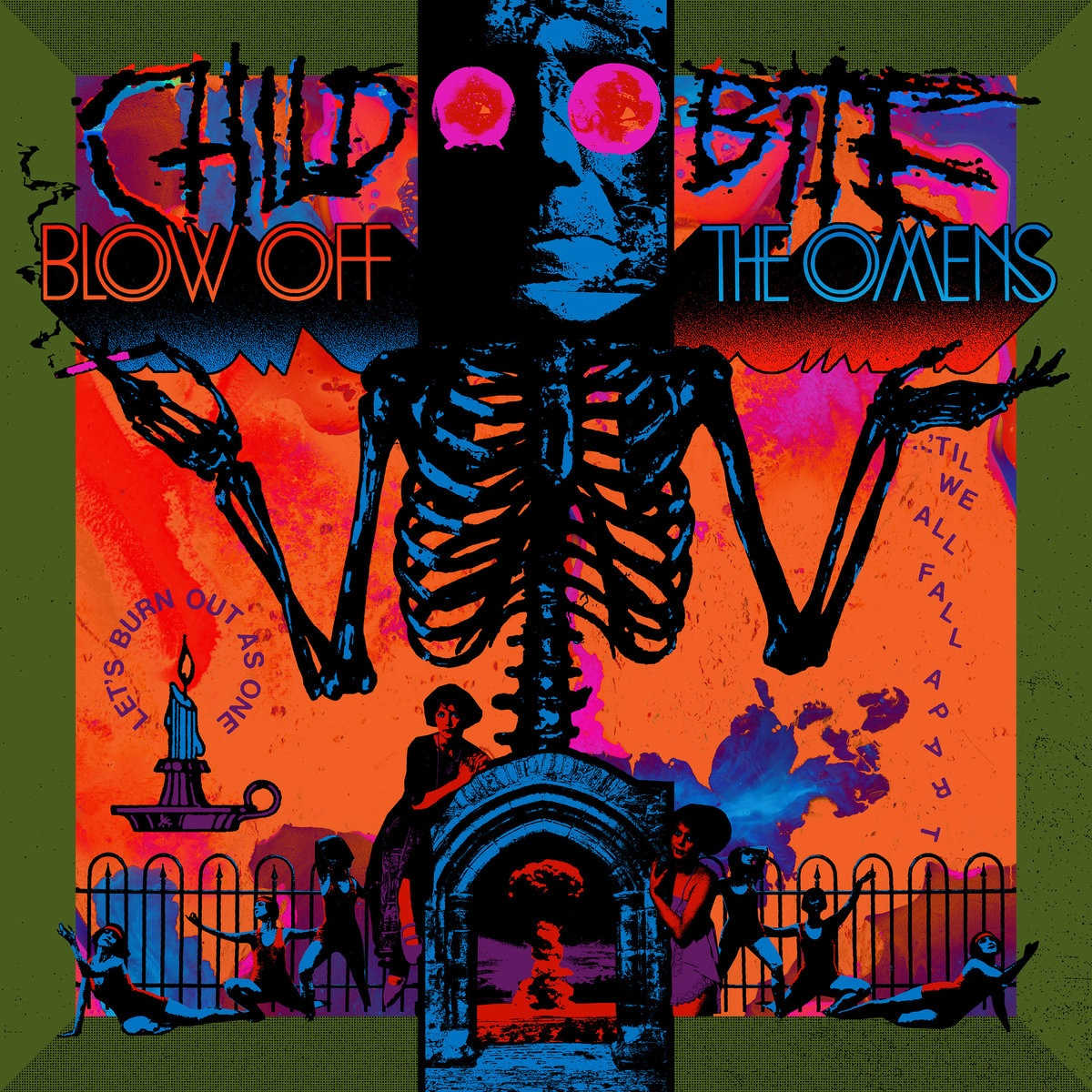 How would you characterize Blow Off the Omens against previous recordings?

Knight: “Compared to our last couple of albums, it’s way more compact and to the point. Nine songs, half-hour, done. I think the quality of the actual recording is perhaps our most poppy while still having powerful, unique characteristics to it, which is mostly due to Collin’s mix. It was definitely an unorthodox approach to track with Albini and then mix with an engineer like Collin, but in the end, we’re really happy with the results.”

What can you tell us about working with Steve Albini? How was it different or similar to how you’ve created albums in the past?

Knight: “He’s a special guy. It’s funny because we generally self-produce, but we do like to get feedback from the engineer while recording. Steve considers himself a tradesman that is hired to complete a specific task as proficiently and efficiently as possible. He’s adamantly opposed to providing what he considers ‘creative input,’ i.e. producing. So you get a lot of therapist-type responses; you ask him what he thinks and he just asks the same question back at you. So, as long as you’re confident in what you’re doing, he’s one of the best people out there to capture it untainted.”

What did Albini bring to the table or bring out of Child Bite that surprised you or that you didn’t know yourselves existed?

Knight: “The experience confirmed for us that we really can handle all producing responsibilities on our own. Since we only had three days to track the album, we went in super prepared and cranked it out. We tracked several rounds of demos, we played most of the songs live a few times, etc. We did fit in a little time for experimentation at the studio, like playing around with some Earthquaker pedals on guitar overdubs and trying out some saxophone ideas on the fly. I guess I’d say the overall experience with Steve was more reaffirming than revelatory.”

Follow along with some incompetent scientists botch a bunch of lab tests with Child Bite’s music video for “Vermin Mentality:”

How did you get Collin Dupuis involved in the mixing of the new album? How much of a lead did you let him take in the process given that he’s more known for working with music that’s not nearly as abrasive as yours?

Knight: “Collin is an old friend of ours! We recorded a couple of songs with him back in 2007 I believe, and we toured with his band Zoos of Berlin a couple of years after that. We already knew he was really versatile back then. Having heard the Tomahawk album he worked on (2012’s Oddfellows) got us thinking about working with him again. We like to pair up unlikely engineers sometimes, just to get a record that doesn’t sound the same as anybody else’s. This time around that choice was particularly striking since Albini is known for a sound that is pretty different from Collin’s aesthetic. We just stood back and let him do his thing!”

How did you end up getting Voivod’s Daniel Mongrain involved in the title track?

Knight: “We hit it off with Voivod when we toured together back in 2016! That tour was five weeks long, so we got to spend a lot of time together. Dan even learned a couple of our riffs! That kind of planted the idea of having him guest on a song one day. Luckily, it turned out to be our favourite song on the album! He’s a really great guy, very supportive and generous. He even filmed a nine-minute tutorial to help Jeremy with the daunting task of learning the solo for the tour. I still can’t believe we have a fucking Voivod solo on our album! Child Bite has had a few Make-A-Wish Foundation-esque moments over the years and this one is undoubtedly in our top five.”

Are things going to be any different as far as touring and support plans for Blow Off the Omens once it’s out?

Knight: “We’re currently on tour with Black Tusk, playing tunes from Blow Off The Omens, even though the record doesn’t come out for a couple of weeks. We received some early copies a few hours before we left for the tour, so this is technically the first outing in support of the record. Nothing is nailed down yet for 2020, so we’re on the lookout for tour opportunities.”