Aussie rockers Ablaze are currently drinking and rocking their way around the UK in support of their new album, No Chaser. Between shots, we got the band to try and recall some of their favourite drinking stories.

Before we got down to business, the band simply asked “Where’s My Drink ?”:

01. Sailor Jerry / Jack Daniels
Danny Slaviero: My favourite booze related story (well one of the ones that I can remember) is one night at Spearmint Rhino where out of no control of my own, in a semi passed out state, woke up on the main stage with a couple of the dancers naked and armed with shaving cream and a lighter. Needless to say, I wound up with hairless forearms for the next 3 weeks.

02. Kaiju Krush / Fireball
Ben Anderson: I’m more or less the craft beer Connoisseur of the band and am a big fan of pale ales and IPAs. I brew my own beer at home and have ice cold beer on tap all year round. If you watch our video for “Pick Your Poison” you might even see one of our mates going around with one of my kegs and a beer gun, spraying beer at a bunch of the party goers.

And here is the very video so, sit back, “Pick Your Poison”, and rock out with Ablaze:

03. Jagermeister / Jameson
Dan ‘Mango’ Mangano: Favourite drinking stories? Far out… the way this band started is a drinking story! We were at a pub listening to a shockingly bad cover band absolutely murder “Run to Paradise” by The Quireboys, and Dynon turned to myself and Ben and said “Surely we could do a better job than this….’ – and the rest is history! I’ve been known to enjoy many a Jagerbomb in my time, but one night at a uni party I was bought a few “Fairy Bombs” – Red Bull and Absynthe. Tasted nice, I think. I don’t remember anything after it. I woke up halfway up the fire escape of a hotel a solid 15 minute walk from the bar we’d been at. Good times.

04. Victoria Bitter / Ligma
Matthew Dynon: My two favourite drinks are VB (Victoria Bitter), as it’s a big cold beer that quenches a hard earned thirst, or a lesser known stout which is made in a small town called Yuri, known as Ligma.

My favourite drinking story is when I was drinking Goon (which is Australian for Cask Wine) with Mango and Ben, and Ben thought it would be a right laugh to grab the Goon and and sprint off. Mango and myself took chase and were losing ground until Ben (who was laughing and looking back at us) ran full pelt into a tree branch that collected his forehead.

We tried our hardest to be good but, with these boys around, it was never going to be “Just A Taste”:

05. Jagermeister / Any beer but Pale Ales
David Knight: When performing our latest single “Where’s My Drink?” on stage, Danny introduces the band and then promptly pours Sailor Jerry straight down their throats. Mango then tends to take the bottle off him and start chugging from the bottle whilst still keeping the beat! Always fun!

You’ve got a few remaining chances to join the band on their UK jaunt and maybe help them add to their list of drinking stories.

The band released their No Chaser album on November 1, 2019 and you can pick up your copy from their official Website. 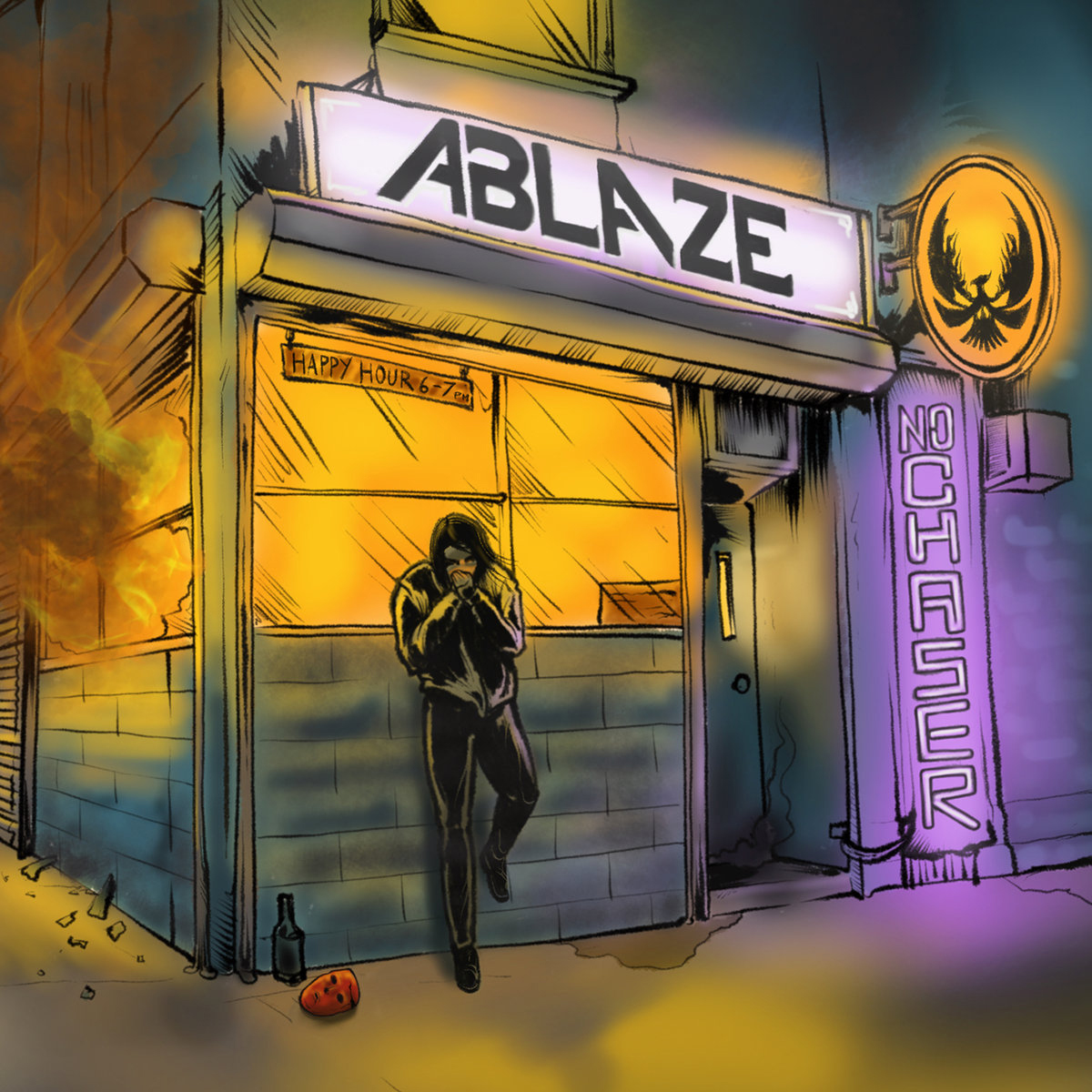