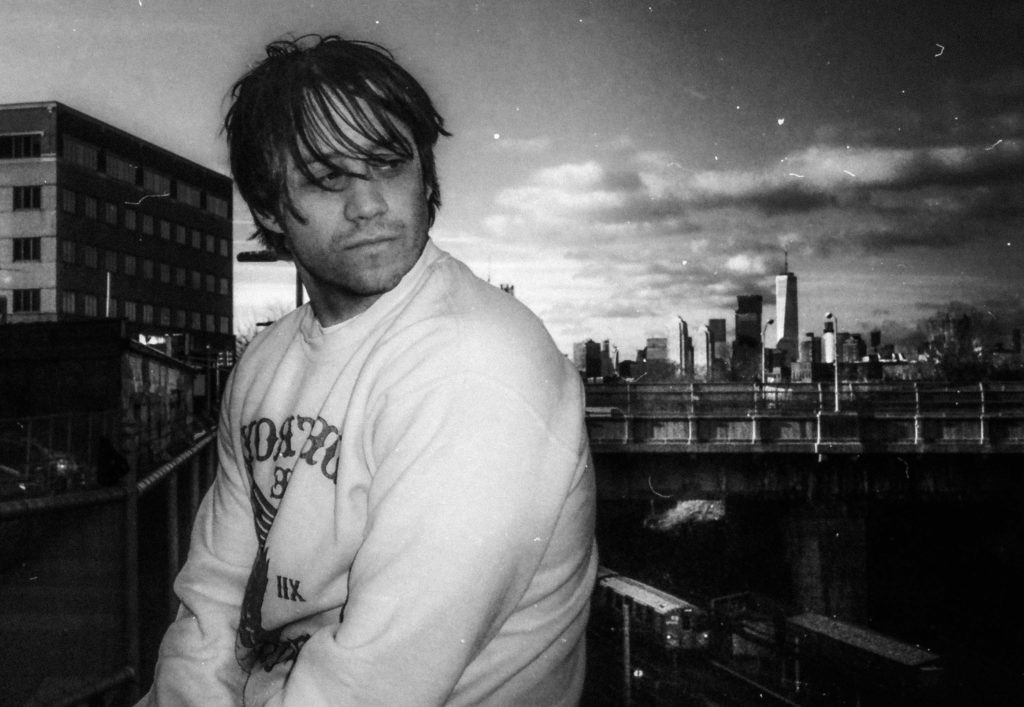 Today New York City-based alt/indie-folk artist Tim Barr, also of SilverBird fame, is debuting “Crimson Kid,” the third single off his forthcoming full-length album, Sign of The Good Times. The self-produced studio recording, Barr’s debut as a solo artist, is due on January 31st, and the new single follows the previously-released tracks “Wolves” and “First Kiss”. Regarding “Crimson Kid,” Barr commented, “‘Crimson Kid’ is about a desire for a secure and peaceful future. A future that is ungraspable yet free.”

Tim Barr has already had a storied musical career—playing bass for Lana Del Rey, fronting the late 2000s group Recluse, forming SilverBird in 2013, studying with the late Dizzy Gillespie’s pianist Mike Longo, etc.—and is a name whose we’ll only continue to hear more. Head below for a brief Q&A, the new song, the previous two tracks, album details, and more.

Oh, and when he’s not battling creativity, this guys is works as an NYC firefighter. Crazy, right?

Is your writing and recording process different as a solo artist? Did you always foresee yourself as someone becoming a solo artist?

Tim Barr: “Yes. Much more control and creative freedom. Being in a band is a constant state of compromise. Not that that is a bad thing necessarily it is just different. For this record I wanted to be the one to make all of the decisions.”

What do you hope people take away from Sign Of The Good Times?
Barr: “Nostalgia.”

What is in the future that you speak of in “Crimson Kid”; what do you envision as “secure and peaceful?”

Barr: “I don’t think that place exists. As much as we would like it to. As a fireman, I have seen directly that anything can happen to anyone at any time. So I no longer search for a secure and peaceful future. It does not mean I do not wish there was such a thing but I try to accept and appreciate the wildness of existence.”