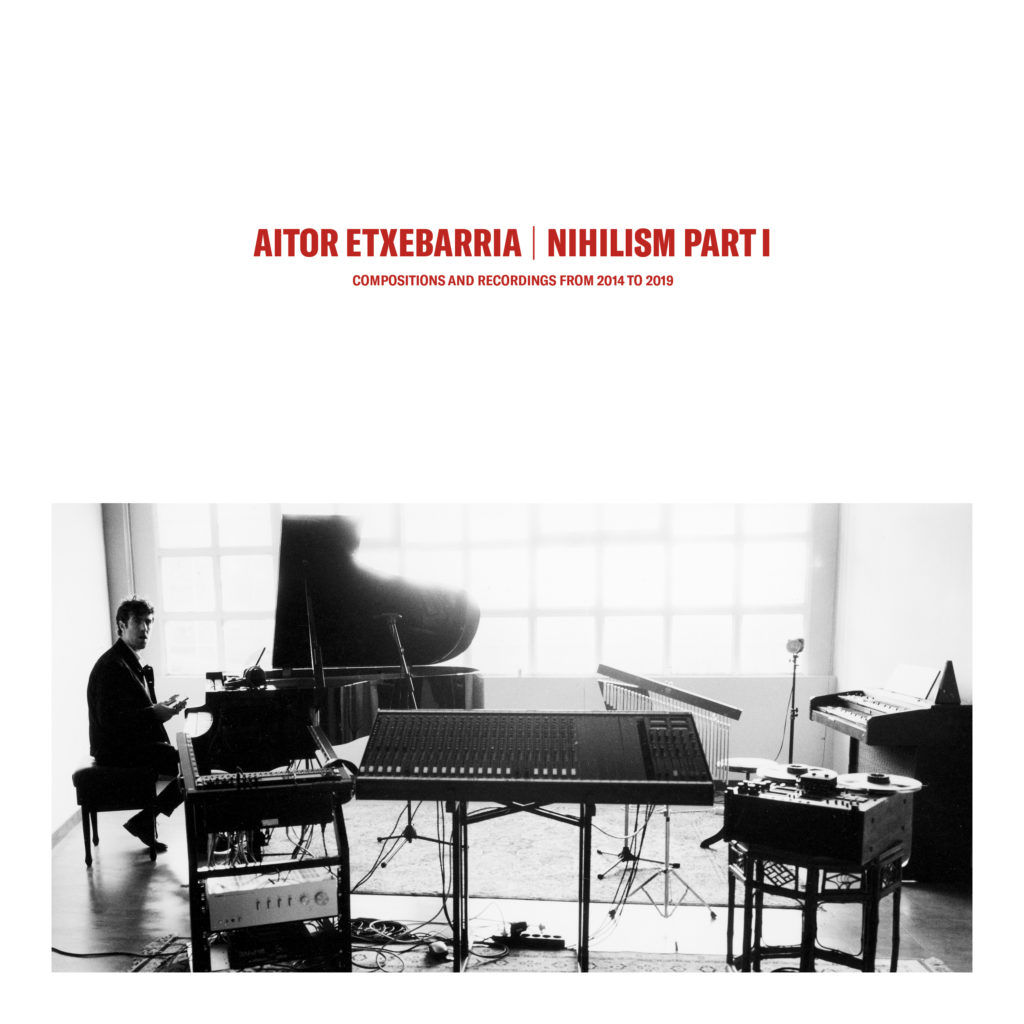 Nihilism Part 1, a selection of “recordings and compositions from 2014 to 2019” is a delightful introduction to the minimalist work of Aitor Extebarria (or El_Txef_A as he is sometimes known). Whether it’s the purely instrumental atmospheres he generates on “Vacant” and “Untitled 1,” or the mumbled dirges of “Can’t See Anybody” and “Interpretations,” the entire album is an exercise in melancholic beauty. It’s this incongruity that is my only criticism of the record – that something so mournful, yet at the same time so hopeful, can be saddled with the name Nihilism Part 1.

And the key characteristic is not the sadness, longing or despair that colours these compositions, but the breathing space he injects into them. Individual notes ring out, string, key or brass, making their presence felt more than known: where so much contemporary music is either a recording or a performance, the textural quality and organic development makes each piece on Nihilism Part 1 is an experience. Songs – for lack of a better word – are living entities, and listing is more interaction than mere action.

“Interpretations” reveals the composer as vocalist and pianist alongside his ensemble.

This conjuring of meaning and memory no doubt owes much to the composer’s experience in film score composition – and the documentary on the Guernica bombings, Markak, is a prime example. Marrying cinematography to music is a key element in adding emotive content to film and, quite impressively, Aitor Extebarria’s music stands on its own on Nihilism Part 1. The visceral response the music generates requires no visual accompaniment. Moments like the unexpected cello melody on “Etorno Retorno” invoke a primordial reaction that is almost physical.

The variety of stylistic experimentation is also worth taking note of. The art-rock elements of “Awakening to archaic Values” or “Etxean (Alternative Version)” may be reminiscent of the solo work of Adrian Belew, but the album as a whole presents itself as a journey through the spaces between rock, classical and avant-garde composition leading just as easily to comparisons with Tan Dun or John Hopkins. As a liminal composer, if such a thing can exist, Aitor Extebarria is, therefore, unsurpassed existing between classifications, instrumentation, labels and styles.