An incredibly talented artist and producer, very well-known within his ranks of hip-hop and dub music, is Prince Fatty. Prince Fatty, aka Mike Pelanconi, has been active now for roughly 25 years and became an extremely recognizable name in production circles thanks to his collaborations with the likes of Cornell Campbell, Tippa Irie, Big Youth, George Dekker, Shniece McMenamin, Earl 16, Winston Francis, Marcia Griffith, and Horseman among many others. Originally from Brighton, UK, Prince Fatty has also lived in Thailand and Los Angeles, which only further diversified his network of (and collaborations with) remarkably talented musicians.

The project now known as Prince Fatty emerged as part of a group formed by Nasser Bouzida and Trevor Harding of Big Boss Man called ‘Prince Fatty’ as a sort of subtle, comical reference to the innovative producer King Tubby who’s credited with helping create dub music in the ‘60s and ‘70s. An instrumental track titled “Nina’s Dance” unexpectedly gained success through airplay on BBC Radio 1 which motivated Prince Fatty to write an album that paid homage to what they felt was one of the best eras in Jamaican music.

Enter 2019 and, despite a long wait, Prince Fatty has delivered with the latest full-length, In The Viper’s Shadow, which features a long list of incredible talent contributing to each of the album’s ten tracks. Just released last week, on October 4th, you can find various purchase and/or streaming options here. The record is a smooth collection of dub-influenced reggae, produced and overseen entirely by Prince Fatty. In The Viper’s Shadow isn’t the only new release from Prince Fatty this year as he has also been occupied with producing for other artists, including giving The Last Poets track “Understand What Black Is” a dub-infused rework and releasing a cover version of soul/R&B legend Smokey Robinson’s “Get Ready.”

Time for some Prince Fatty; stream In the Viper’s Shadow now!:

Commenting himself on the new album, Prince Fatty said, “My previous album Prince Fatty Versus the Drunken Gambler was a parody to our experiences with Little Roy and the Battle for Seattle album. (Nirvana’s songs done in a reggae style). Using humour to expose the truth In the Viper’s Shadow follows the same tradition with a reptilian twist, this time the intended target is the Mr Bongo record label!”

To offer you a much larger, more thorough and contextual idea of what to expect on In The Viper’s Shadow, Prince Fatty himself has joined us to break down the entire record through an exclusive track-by-track overview of every collaboration, sound and subtlety you’ll hear on the records ten songs.

01. “Two Timer” (feat. Cornel Campbell and Tippa Irie)
– A stone-cold classic from Cornel Campbell in a disco mix style, featuring a fiery vocal from Tippa Irie. The lyrics resonated at the time due to the negative atmosphere surrounding our time with Mr Bongo. Ignore Big Youth’s advice at your own peril!

02. “Get Ready” (feat. Big Youth and George Dekker)
– One of my favourite soul songs and a Motown production masterpiece. Featuring George Dekker from the Pioneers on vocals with a tight rendition, including the mighty Big Youth with a love problem helpline. I wanted this to have a late ‘70s feel with a four to the floor disco stepper’s beat.

Prince Fatty’s album is out now! Have a look at the In the Viper’s Shadow artwork here: 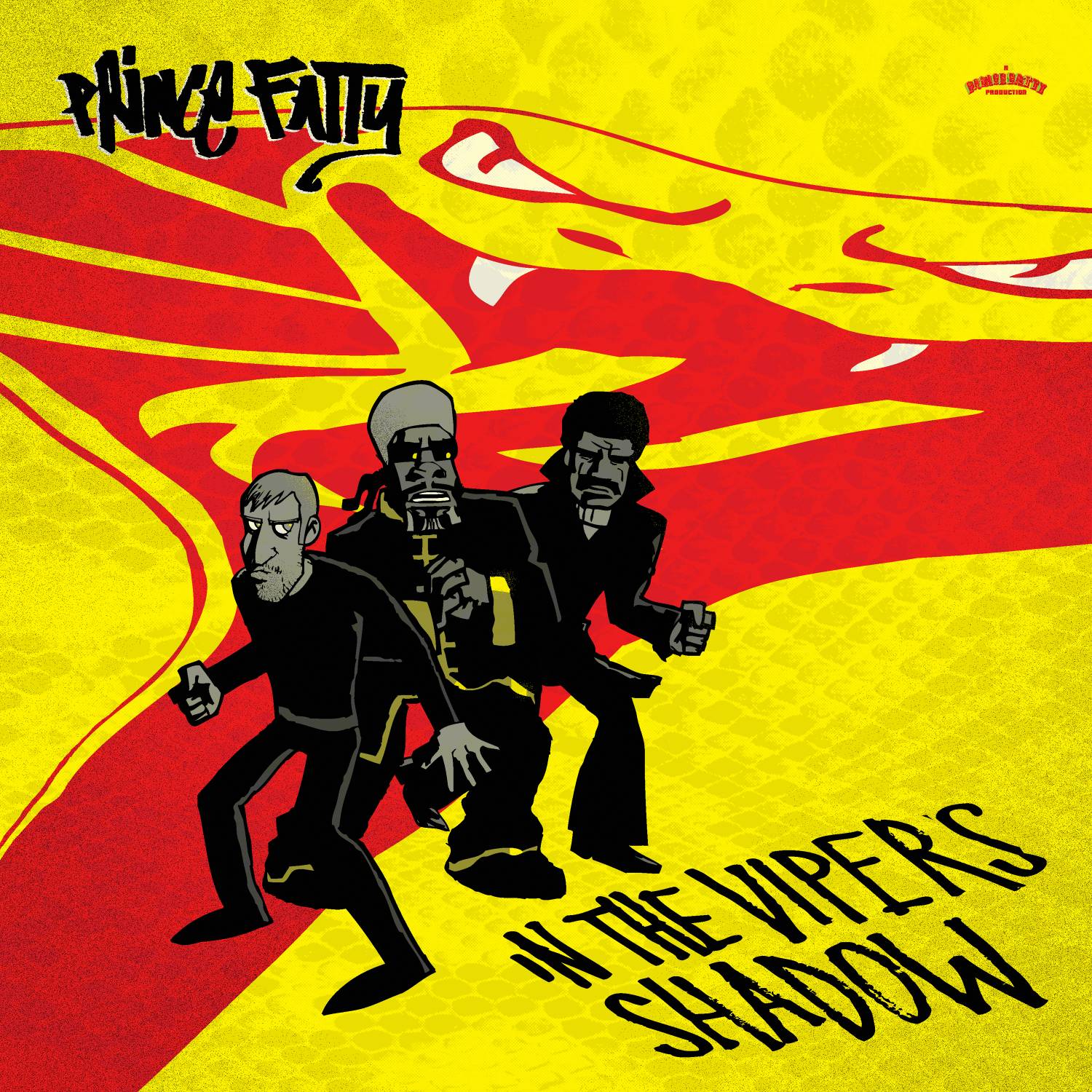 03. “Deep Sleep” (feat. Shniece McMenamin)
– Featuring the latest addition to the Fatty A-Team, the sultry vocal tones of Shniece McMenamin singing a long lost gem from 1961. A rock n’ roll song by Chance Halliday with a fun lyric in our reggae blues style, what you hear is actually the first take of recording. This features members of the Rassites band and Leroy from the Resonators on saxophone.

04. “Cassandra” (feat. Earl 16)
– The original by Dennis Brown is a great song but the production always bothered me, a bad vinyl cut and with an out of tune guitar made this unplayable on big sound systems. I just had to do it and I think Dennis would have approved. These days you don’t hear much Dennis Brown, so I like to represent the dead sometimes. Vinyl for these artists made them immortal.

05. “Everything Crash” (feat. Big Youth and George Dekker)
– A killer song by the Ethiopians. This features George Dekker from the Pioneers and Big Youth. An old song and lyric coming around again shows that little has changed since 1969, as far as strikes, worker’s rights and political disruption. Updated with a toast by Big Youth pointing out the obvious environmental damage that is going on around us makes it feel up-to-date.

06. “The Break” (feat. Winston Francis)
– The original of this was done undercover and credited to Bobby Melody, a secret gem by Winston Francis and apt for me at the time as it was the soundtrack to me dismantling my recording studio, my personal life, and business. Winston’s vocal nearly 40 years later is just as sweet, and in my opinion, proves he is one of Jamaica’s greatest singers.

Released in the spring, check out this collaboration Prince Fatty did with Earl 16 in the official music video for “Be Thankful For What You Got”:

08. “Queen of the Minstre” (feat. Cornel Campbell)
– A Cornel Campbell classic and of course one of Curtis Mayfield’s greatest songs. As a life-long Impressions fan, this stays close to the sound box. When there is too much testosterone in the dance, I play this to counter-attack any macho knuckleheads. Cornel’s sweet vocal soars over Horseman’s heavyweight two drop beat.

09. “Tonight” (feat. Big Youth and Earl 16)
– Earl 16 and Big Youth rip into a ‘60s reggae classic by Keith and Tex. One from the sound box that I enjoy to play out with a mischievous lyric from Big Youth. Love and war might be as old as the hills but they are very much part of our fabric of life.