You know, there is just a line of decency in any situation, is there not? Most people “get it” or at least know when to draw the line, alas others frustratingly persist in circumventing situational customs and tendencies. It even happens in the world of rock n’ roll where, most of the time, the rules are only set to be broken. Well, Kelowna, British Columbia band The Wild! could share a story or two with you about exactly what we’re discussing here. If you’re a frequent visitor of this website, you may already be familiar with The Wild! from our interview with the band’s frontman Dylan Villain last year, and slew of other articles in which we’ve explored the many facets of this “wild” and crazy rock n’ roll group.

Continuously committed to raising a little hell, The Wild! have risen from unknown Canadian band to signing a major label deal with eOne Music, who released the group’s 2017 record, Wild At Heart, which truly captured the essence of what The Wild! are all about. After some rabid touring and a brief break, the guys are firing up the engines again with the recent release of their new single, “Playing With Fire” (stream/purchase here). The new track does not disappoint and features some sick guitar riffs and the band’s trademark intensity.

With a new Canadian tour just getting started (view the dates here) and because we just can’t get enough of these guys, frontman Dylan Villain has contributed to our latest TOP 10 feature. Even though he’s as rabid a rocker as anyone, and loves his fans to death, even Villain thinks there are limits to what you should and should not approach a musician about. So without further adieu, The Wild’s! Dylan Villain shares with us his “TOP 10 things you shouldn’t ask a musician.”

That latest single we mentioned? Yeah. Watch The Wild’s! latest music video for “Playing With Fire:”

10. “Will you play at my wedding/birthday party?”
– I get it, man. You want your party to be cool. But let me hit you with some truth. Your neighbours are going to hate it and will likely shut the shit down after a few songs. Oh? But you live on an acreage and you have a flatbed to use as a stage? Is that right? Do you have a PA system as well? Any power besides that super noisy generator you stole from your job site? What about any kind of light… besides that weird motion sensor on your garage that keeps going off every time your dog runs by? I’m not saying it can’t be done but I’m gonna be real with you here; You’re in over your head and you haven’t thought this one through.

09. “Can I get free merch?”
– Bad form, dude. Check yourself. You’re hammered on well whiskey and holding a rolled-up 5. Your priorities for the rock show were different than those who bought merch this evening and that’s ok! But don’t act like we owe you something for free just because you’re standing there and you ain’t got no money.

08. “Wow! You’re in a band. I bet you get to see some really cool places!”
– We’ve all seen the memes and despite loving what I do, they couldn’t be more accurate. It’s a lot of radio stations, venues and hotels out there. And the food? In Canada you’ll be treated to only the finest in culinary offerings from Subway, Tim Hortons and A&W. While overseas, allow yourself to be enchanted by the royal delicacies of Burger King! It ain’t pretty out here, folks but if you can hack it, it’s a hell of a job.

Check out the artwork for The Wild’s! latest single, “Playing With Fire”: 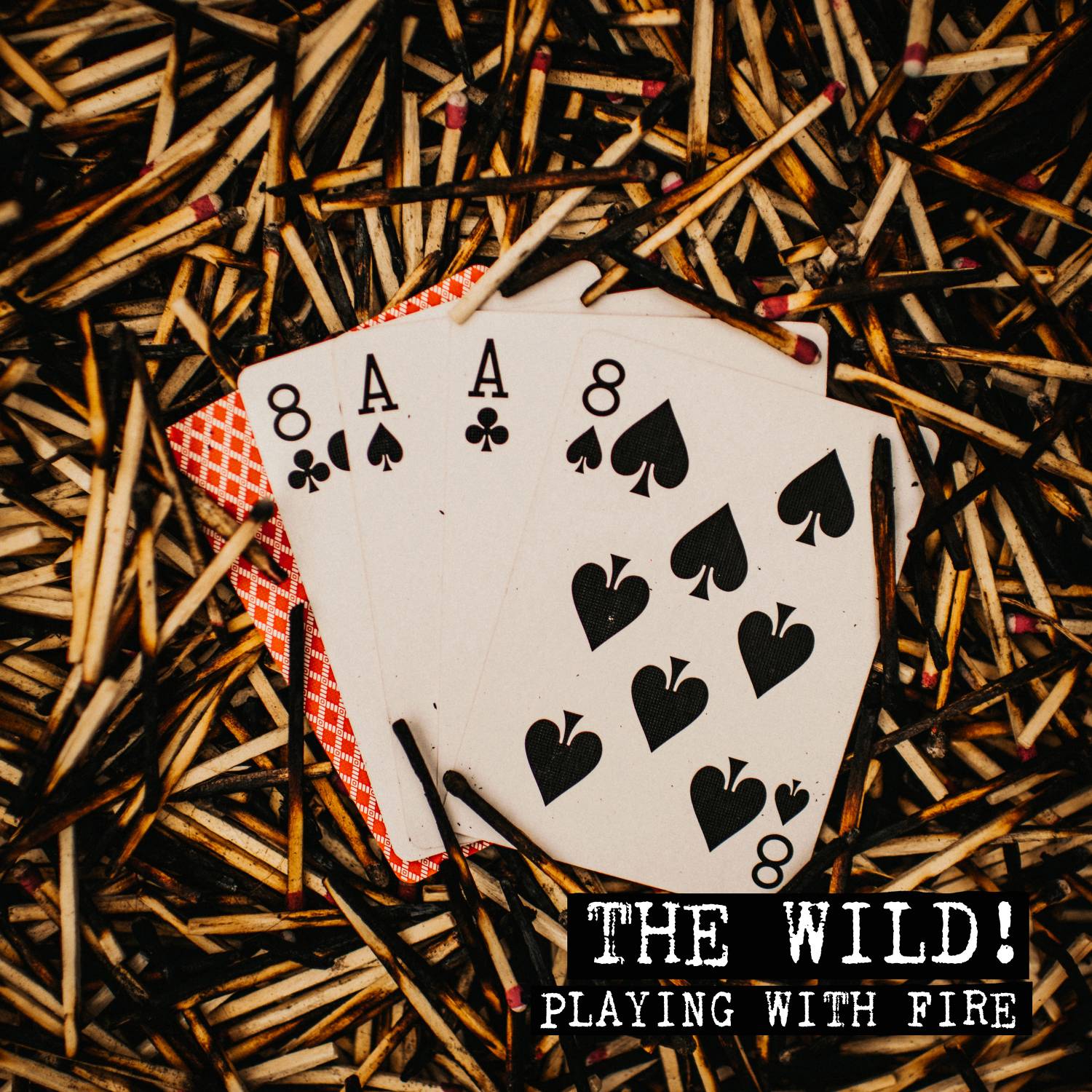 07. “Will you play for free?”
– Would you ask anyone else in the world to do their job for free? No. You wouldn’t. Imagine having a monthly budget to operate your business and knowing you can’t afford everything on that budget due to the fact that another business trying to operate within their budget is asking you to work for free. Tell you what, I’ll play for free when venues start giving bands a cut of their bar sales.

06. “Where are you guys partying after?”
– Your place, and it’s gonna be sick until you realize we aren’t leaving until 7 am at the earliest (if we even leave at all) and now you hate us for it because you’re getting evicted. In all seriousness though, we’re likely going to eat and go to bed. Wise up, pal. You’ve gotta work in the morning and you don’t got what it takes.

05. “What’s the craziest thing you’ve ever done on the road?”
– Seriously. People of the press and radio, take note. This is a stupid fucking question. You’re reaching for something outrageous because you saw The Dirt and think every band operates like this and aside from being totally unoriginal, I’m not going to fucking tell you.

Are you “Ready To Roll” now? Check out the music video for this single off of 2017’s Wild At Heart:

04. “What time does your band play?”
– People are glued to their phones nowadays between the internet and social media. You can literally find information on anything you want in seconds. So aside from it being incredibly easy for you to find the answer to this question on all of the accounts you already follow that have posted all of the information you’re looking for, on the internet that you’re already using… maybe find out what time doors open and be there at that time to support the opening acts. Not only will you get your money’s worth on that ticket price you love to complain about, but you may just discover your new favourite band.

03. “Can you give my friend a shout-out from the stage? It’s her birthday?”
– Listen, Tina. I don’t give a shit if it’s your friend’s birthday or your anniversary and you and your man’s favourite song is “Patio Lanterns,” it ain’t gonna happen tonight.

02. “So what do you do for your a real job?”
– This always comes across like someone trying to measure how cool you are based on how little you’re able to do with your time outside of music while putting a monetary value on it. That shit is insulting. Also, this IS a real job and then some! There are no set hours, paid time off or pension at the end of all this which means you are constantly working on something. We are out here, sacrificing our well-being and future, just to jerk ourselves off a bit for your entertainment. But that’s showbiz!

Check out The Wild’s upcoming tour dates on their “Playing With Fire Canadian Tour”: 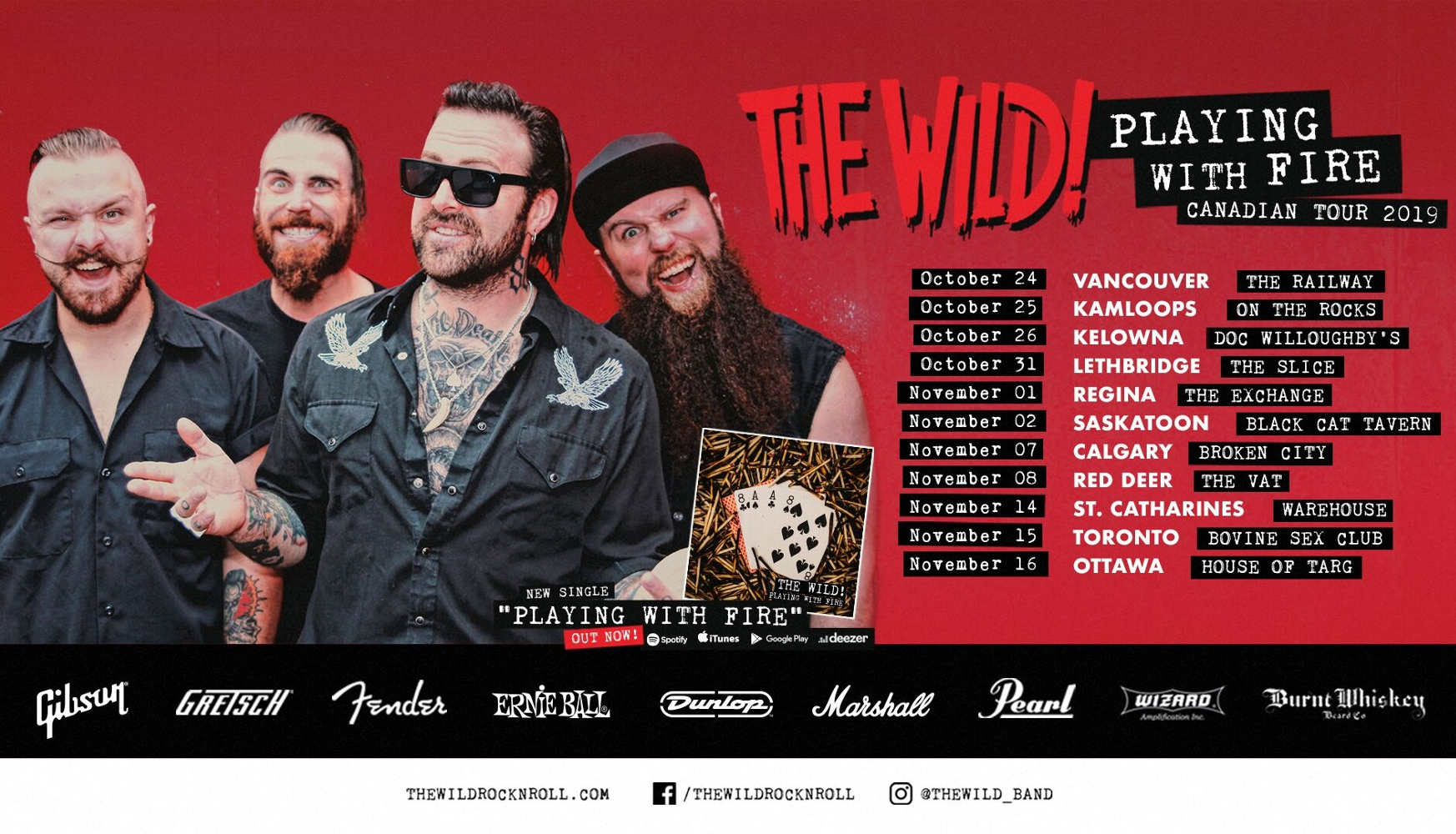 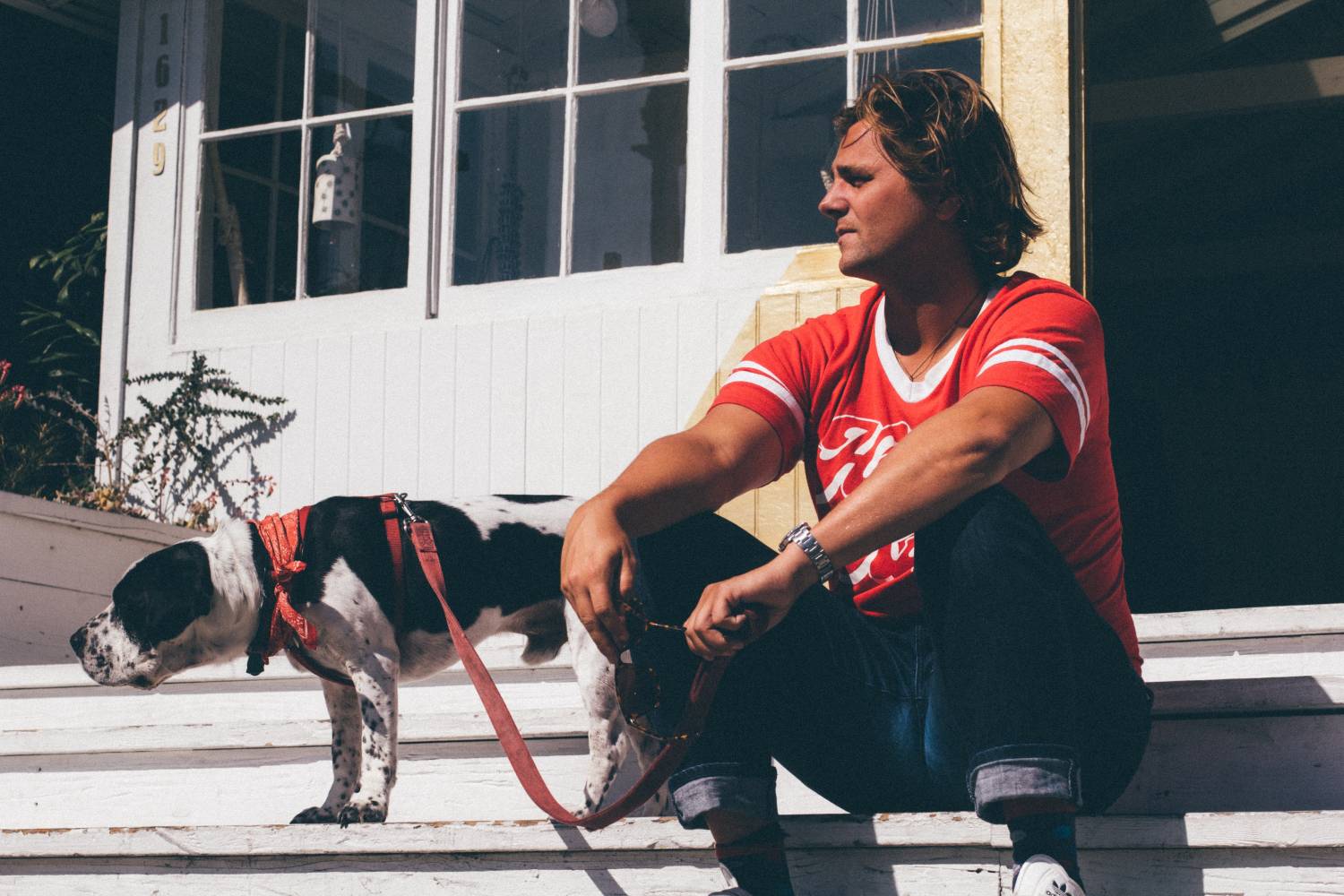 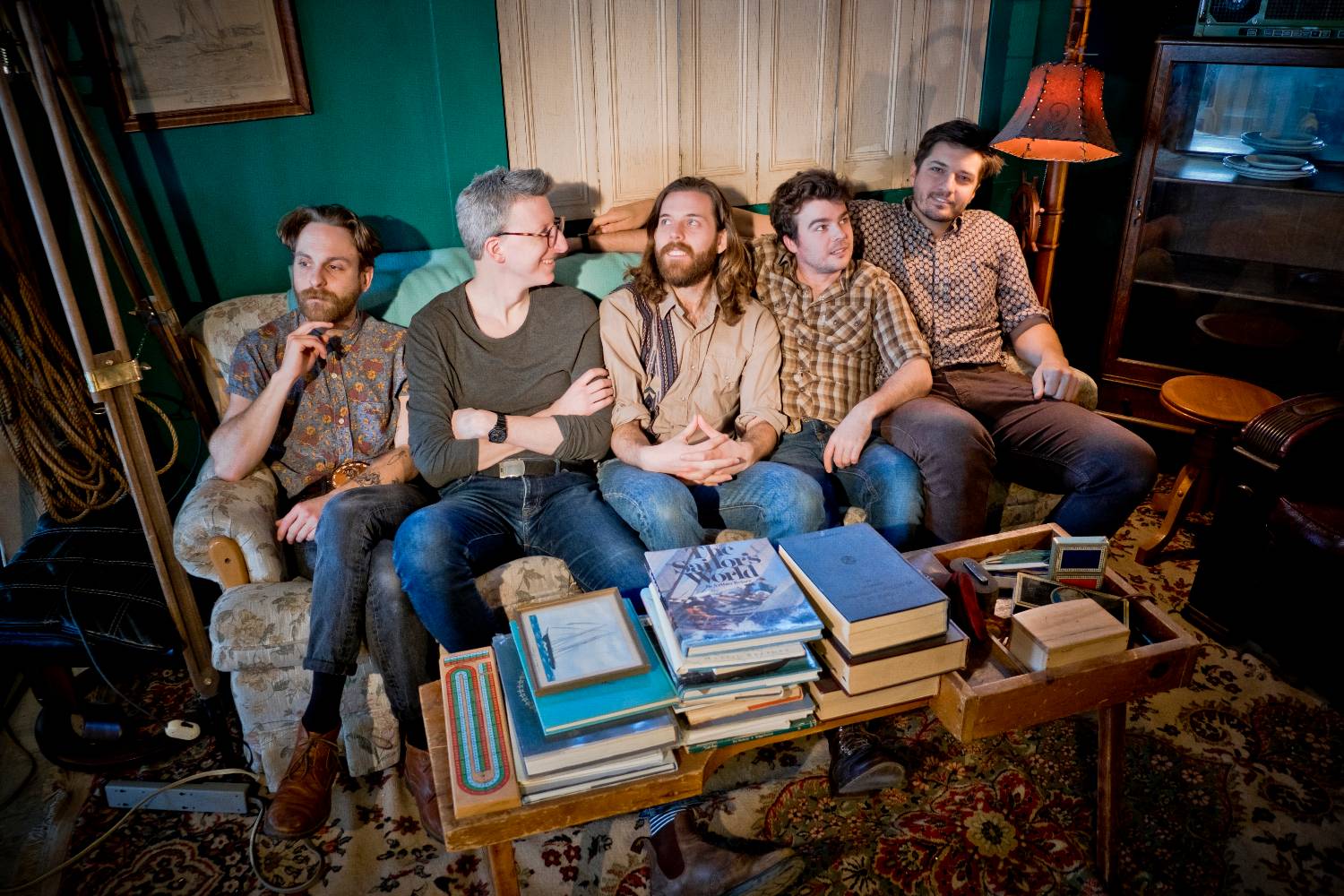