Not just a musician, Mickey Moone creates art in a variety of different ways. Hailing from Barrie, Ontario, Moone is primarily a songwriter and performer, but also a filmmaker, actor, and multimedia artist who is always looking to exercise his creative muscles. As a musician, he is a multi-instrumentalist and songwriter with a knack for Southern-style folk-rock loaded with charming melodies and hooks that will reel you in. His early days were spent rocking out in punk rock bands but has since found himself going a more soulful rock route. Regardless, throughout his musical career one fact has remained the same; quality songs and creativity flow out of him at a regular rate.

Via his various musical styles, Moone has opened up doors to him playing a wide array of diverse clubs, venues, and crowds that often don’t resemble each other. Moone has become a staple at various festivals and has been an opening act for artists such as K-OS, Yukon Blonde, The Creepshow, The Hellbound Hepcats, and Swerve Driver. As a filmmaker, Moone has written and directed his own music videos, including “In The Light” and “Last Night,” both of which you can view below. For more of Mickey’s music, check out his official Bandcamp profile.

Moone’s love of artistry has also extended to his own body, as illustrated by his various tattoos. With his next full-length in production with Juno-nominated Steve Rizun at Drive Studio, and as a lover of body art and ink, we felt there would be no better individual to join us for our latest edition of Tattoo Talk. Read on as Moone details the meaning behind some of his ink, his favourite tattoo shop, and the one tattoo that almost made him pass out.

Take a trip into the woods with this short film for “In The Light,” written and directed by Moone:

Mick Moone: “2001, I was 19 years old. I got the Barrel of Monkeys logo on my left calf. A friend came with me, and took pictures of the whole experience.”

Moone: “The skeleton popping out of his coffin on my left forearm is my personality visually defined. Back from the dead, no rest, never giving up! It was done freehand by artist Anthony Orssatti, based on a very vague description. Beyond the skeleton, my tats are timestamps of firsts, lasts, and reminders. Things like that.”

Moone: “I’m working on a variation of the Moone family shield. It’ll be a bright green tree with a yellow lizard chilling in the top of it. I also LARP (live action role-playing game), so some permanent in-game symbols from the lore book would be dope!”

We love us some exclusive photos, and here are a slew of Moone’s rad ink: 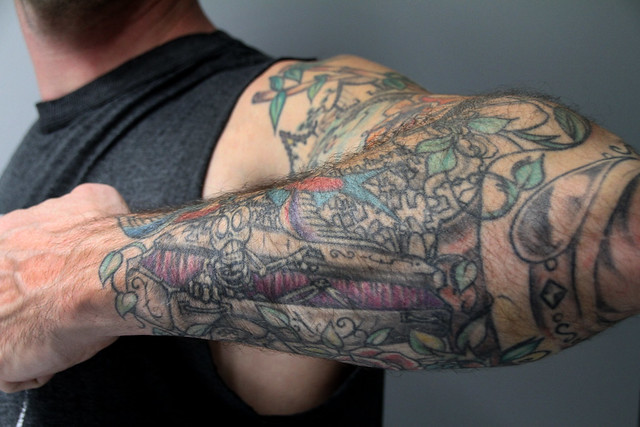 Moone: “One questionable night, I let a friend with zero experience tattoo me. He had a homemade gun that pushed the ink with a safety pin. Surprisingly and somewhat, unfortunately, the work has stood the test of time.”

Moone: “No, I haven’t. The thought has crossed my mind before, but I don’t think I could ever actually go through with it. They have all been there for so long now, I think I would miss them if I couldn’t see certain ones.”

Moone: “I have a cluster of daisies on the inside of my left tricep, like right before my armpit. Man that killed! I remember it had been a long late-night, the sound of the gun was hypnotizing me, I was seeing stars, and fighting hard to keep from passing out. My artist suggested we stop for a moment and he gave me a lollypop…”

Moone: “Buddy Holly, he was the reason I started playing guitar. Maybe Sylvester Stallone; he’s been my hero since I was like four.”

Moone might prefer to Ride Alone, but at least he’s left us with some sweet music. 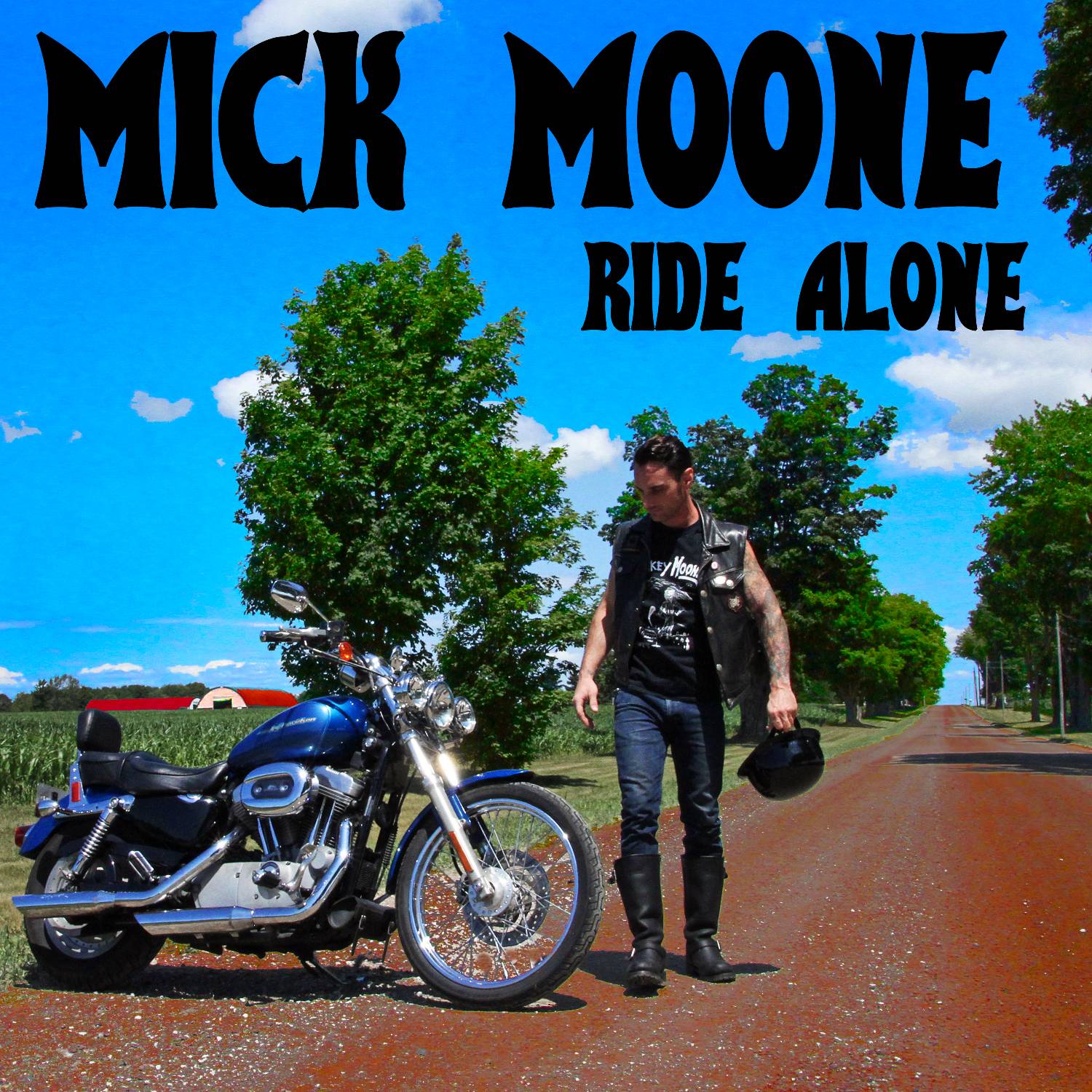 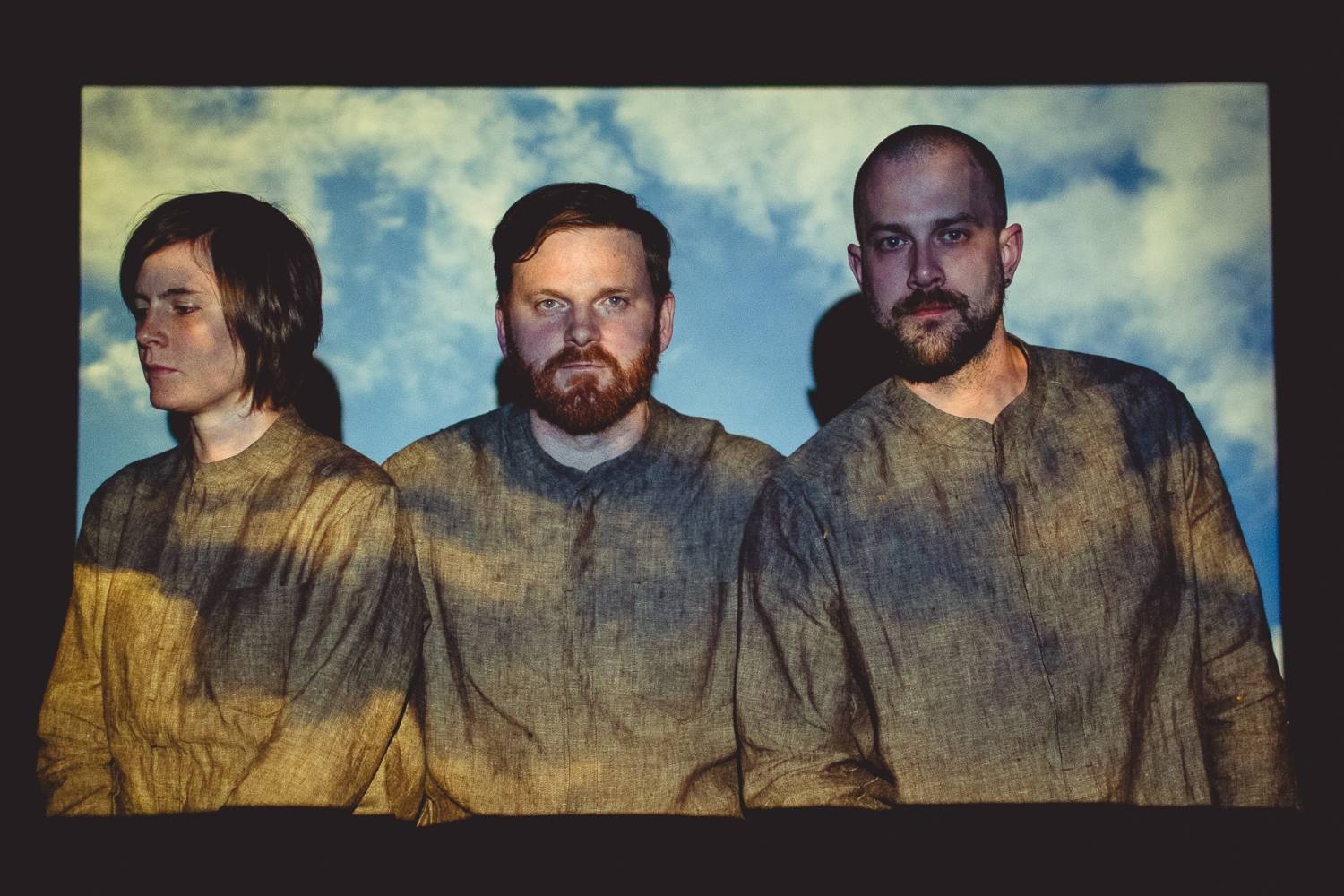 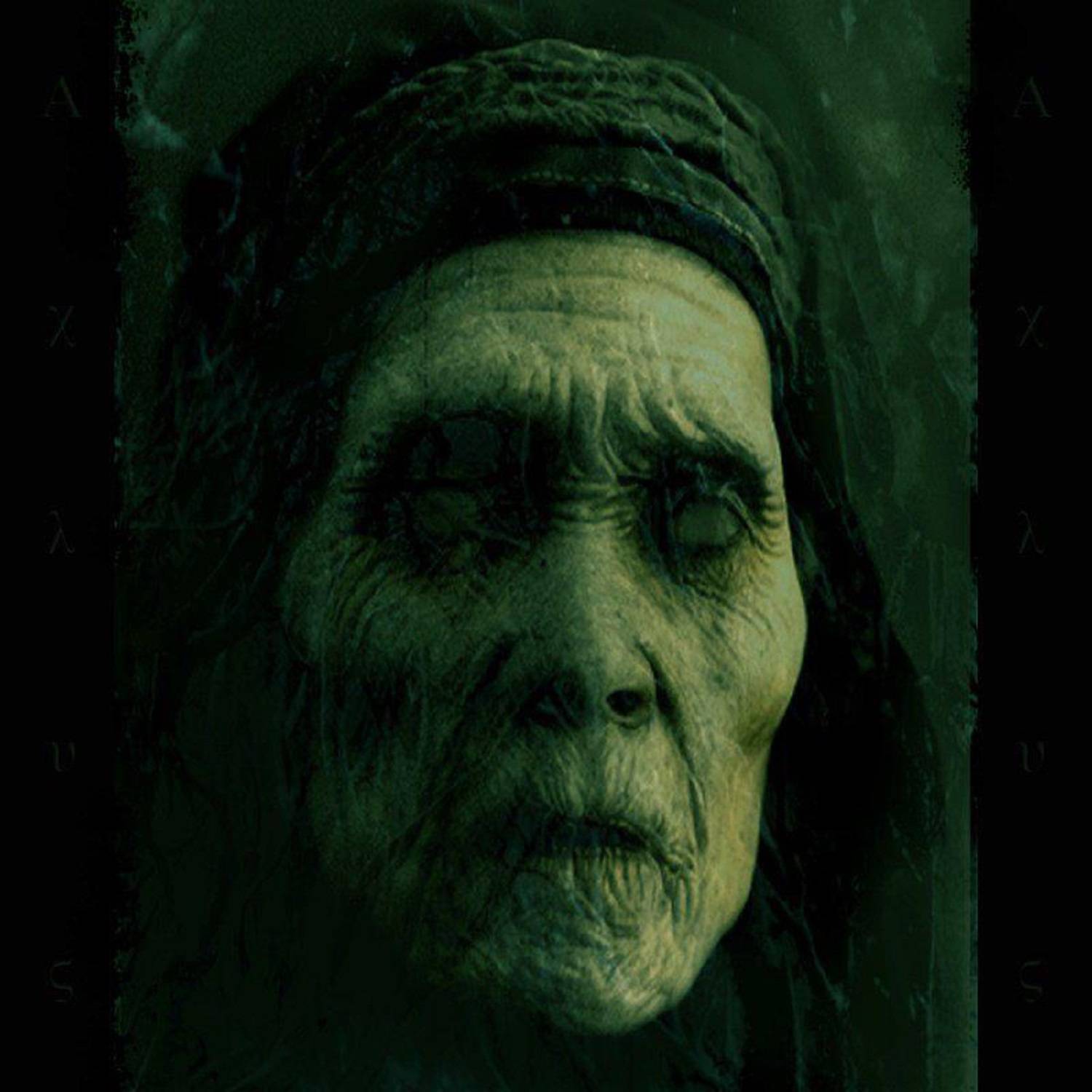