Deep Deep Water is a UK four-piece whose powerfully rapturous brand of atmospheric synth/guitar rock is tunnelling into scenes all over the world. The group’s debut EP, Something in the Water (stream the track “Freedom,” and find links to the full album, here), is out now, and the brief package is a deceptively small powerhouse. The four tracks – plus one shortened edit – are a pulsating, prowling joy to listen to and, right from the stuttering arpeggio of the opening track, the quartet pulls you eagerly into their sonic universe.

In an attempt to catch the group before they fully take-off, we have Talia, Frankie, Bernard, and Jimmy from Deep Deep Water joining us for this Stereo Six to list the most influential records that helped shape their debut release. Dive in and join the group in the deep, deep end as they walk us through some of the greatest electronic, rock, and ambient releases – plus one surprising curveball entry – to ever hit their eager ears.

Jump into the retro inspired video for “Something in the Water.”

01. Metronomy – Pip Paine (Pay the £5000 You Owe) (2006, Holiphonic)
Talia: “We grew up together, and this album soundtracked our teenage years. ‘You Could Easily Have Me’ for the rowdy/sexy moments, ‘Black Eye/Burnt Thumb’ for the weird times and ‘This Could Be Beautiful (it is)’ for a delicate morning after (this song was also my morning alarm for years. I am not a morning person, but I still love it – I think that’s a testament to a great piece of music). We got to see them this summer when we played All Points East festival. The heavens opened up, but we danced frantically through their set.”

Frankie: “What I like about ‘You Could Easily Have Me’ is that the guitar is deceptive. On the face of it, it’s a classic grunge progression. It’s got a Nirvana quality to it. But it’s lo-fi too, and reminds me of that classic thing The Kinks did when they slashed a speaker to create true distortion. Plus, when you learn to play it, you realize it’s a hard part to master. It’s complex, but it sounds simple, and I admire that. I definitely try and emulate that in our tracks.”

02. Björk – Vulnicura (2015, One Little Indian Records)
Talia: “Björk is one of those ever-evolving, undefinable musicians, and she’s been an influence on us all. From her punk-jazz roots to her impact as a feminist and an artist, she has been a huge inspiration. She never stops experimenting, and I try to experiment live with mic techniques on stage, to create live effects without the use of electronics. I was listening to this album a whole lot while we were recording the EP at Peter Gabriel’s dreamy Real World Studios. (Coincidentally, Björk has also recorded there!) Recording at Real World was a spot of bloody luck, and very surreal. I had ‘Lionsong’ on repeat.”

Bernard: “As a band, we love to blend the tones of guitar and vocals with synth – which opens up new sonic possibilities while retaining the simplicity of the four-piece. ‘History of Touches’ is the perfect example of this – the synths and samples heighten the emotive and dream-like lyrics, without ever distracting from Bjork’s voice.”

Have a gander at the slick cover artwork for the six albums Deep Deep Water outlined: 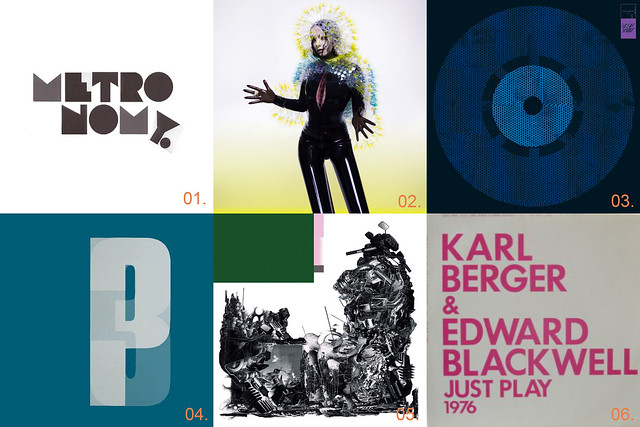 03. The Knife – Silent Shout (2006, Rabid Records)
Jimmy: “We all adore The Knife, and Fever Ray. They push at the outer limits of dance, and electronic music, and fill the space they have created with a world of lush, idiosyncratic sounds. We popped this album in here because of their work as songwriters. ’Marble House’ or ’Still Light’ are so well-written they could work in any genre, they just have so much substance. We often have the ‘style over substance debate’ when writing together. We experiment a lot with sound and texture, but the song comes first.”

04. Portishead – Third (2008, Island/Mercury)
Bernard: “Listening to the early Portishead albums was the first time I realized that not all music had to be made using traditional instruments. Learning about how they used samplers and synths led me further into the world of electronic music, and as a teenager I listened to just about every genre of electronic music I could find. But when Third came out it made me realize that electronic sounds are at their most powerful when they work together with more traditional instruments.

I felt that my understanding of synthesis had matured in step with the development of Portishead’s later sound. With Deep Deep Water I draw influence from the simplicity and physicality of the sounds that Adrian Utley and Geoff Barrow created on that album. I use a Prophet 08, which is a relatively straightforward analogue synth, to make sounds that fizz and waver like acoustic instruments, and a very modern sampler that’s capable of much more cutting edge sounds.”

Frankie: “Portishead’s Third is probably my favourite example of guitar-meets-synth. You can hear it across the record, but the stand-out track for me is ’Small.’ The guitar gets more and more destroyed as the track goes on; it’s basically just screaming by the end, but retains a melody. It’s smart and I like that. There’s a lot of energy, and a vibe to the mix that the guitar brings that the synth can’t do alone.”

Get a glimpse of the band performing “Mother” at this year’s Glastonbury.

05. Black Midi – Schlagenheim (2019, Rough Trade)
Talia: “This year at Glastonbury, we played the BBC Introducing stage. Afterwards, we tried to see as many bands as possible. We got to see Black Midi at the Crow’s Nest, this tiny venue, up the hill with everyone crammed in, and we squeezed to the front. We’d seen Pip Blom there earlier that day and they blew us away, so we bee-lined for the late acts – Black Midi and then Squid (another brilliant band). Their performance was a whirlwind, it was hard to tell when a song started and ended, and there was so much to see and hear at each turn. They took us on a real journey, they scared us a bit. So did their album. Schlagenheim really challenged us, it pushed us. When we got back in the studio we just thought, ‘shit, time to reach our furthest corners.’

We also saw the Black Midi guys in the crowds for Idles and Little Simz, and in the Wormhole (the new jazz venue at Glastonbury) where Morgan Simpson (the Black Midi drummer) got on stage with KOKOROKO and Ezra Collective and revealed what an insane jazz drummer he is. The new wave of jazz coming out of London is mind blowing.”

06. Curveball: Karl Berger & Edward Blackwell – Just Play 1976 (1979, Quark Records & Books)
Jimmy: “This is an album I never tire of. If you had it on a loop for 50 years, you would still notice something new every time. It is a complete masterclass in cross-rhythm, and interpretation. I remember listening to Berger’s trance-like melodic loops for the first time, tapping along, only to be treated to an earth-shattering gestalt shift when Blackwell turns the rhythm on its head.

When we came to write ‘Something in the Water,’ Bernie was playing this five pulse synth arpeggio, that to me, had the same trance-like, ambiguous quality. I initially heard it as a 6/8 groove with an implied 4 beat to drive it forwards. We also tried it out with a straight up 4/4 groove which eventually became the outro – serving up the kind of rhythmic left turn that I learnt from drummers like Blackwell. Just Play always inspires me, and is my soundtrack to long journeys, and nights in.” 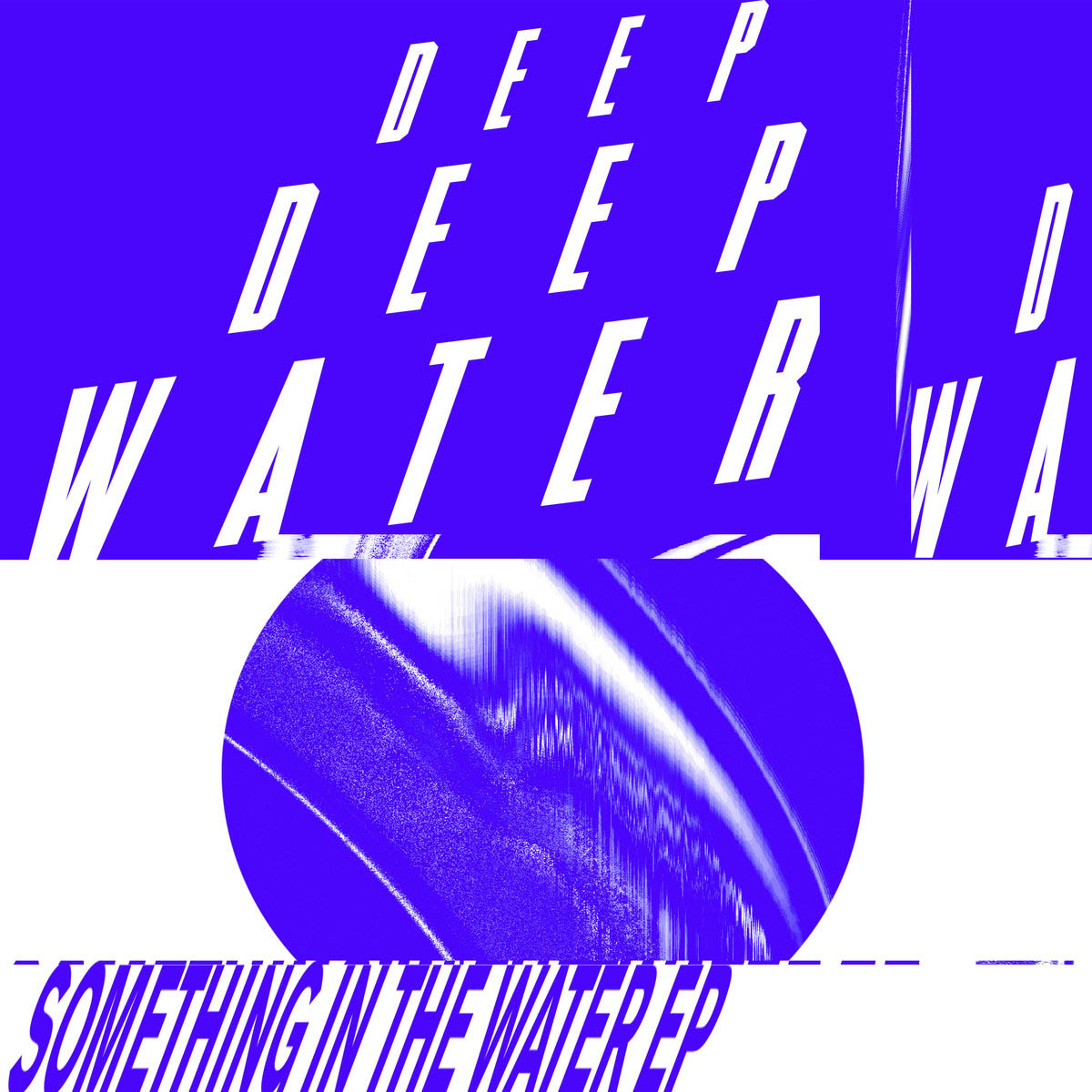