All that “wishing,” “hoping,” and “praying“ for something new and spectacular has come through with Starsleeper, a Toledo, Ohio-based hard rock group that recently released their new EP Wish. Hope. Pray. (find it on Spotify). The new EP takes the Starsleeper mission a step further and drastically expands the band’s sound into new, unchartered waters. The album sees the band’s sound and vision expand to include electronic qualities alongside the heavy guitars and overall message of both the beauty and ugliness found in the process of self-discovery.

Wish. Hope. Pray. acts as the bridge towards the six-piece’s upcoming debut full-length, which is currently in development. In the meantime, this six-song collection acts as an unforgettable headphone experience that will reel you in with both its beauty and broodiness. It’s both familiar to rock listeners in all the right ways, but will also send them adrift to parts unknown. With our love of new and emerging talent, there was no better opportunity than now to find out some more about Starsleeper’s Wish. Hope. Pray.. To offer you some insight and words on every single one of the EP’s tracks, the band themselves share an exclusive track-by-track overview of every song and noteworthy moment on Wish. Hope. Pray..

Commenting on the context of the album, the band stated, “With Wish. Hope. Pray., we wanted to convey something entirely familiar, yet completely new to our listeners. Building from the sound we established with our first EP, The Infinite Collapse, we knew we wanted to widen the dynamic range of our sound. That meant getting more risky, vulnerable, aggressive and experimental in the studio. It also meant getting super honest with ourselves. I think that’s why this record has such a personal feel. It’s really raw, emotive, and vulnerable.“

While reading along, might as well stream each song. Hit your bong? Bang a gong? We’re old.

01. “Feel Like An Alien”
– Although “Feel Like An Alien” is the first track on the EP, it was one of the last songs written for the album. Since it’s such a simple song with minimal changes, I wanted to make sure the song pivoted around the main melody line in the lead guitar part. It’s basically two parts, but the changes in texture, like the over-pronounced synth in the verse or the stark contrast of quiet fragile vocals with commanding screams are what make this song in my opinion. It’s quick and to the point which is what we wanted in an opening tune.

02. “Eleven”
– “Eleven” was actually written a half year or so before we started Wish. Hope. Pray., but we felt it rounded out the album nicely. “Eleven,” not surprisingly, is based on Stranger Things and uses that as its platform to explore topics like, trust, relationships, deception, and personal struggle. When I was writing the lyrics I was literally watching Stranger Things to get inspiration. Musically, this one started when I heard the main synth part in my head. I hummed it into my phone then ran downstairs and started looking for parts. In the quest for the “perfect” analog synth sounds to use for this track, I’d created a patch that reminded me a lot of White Zombie’s “More Human Than Human” and then everything happened from there.

Wish. Hope. Pray. is out now. Check out the album artwork: 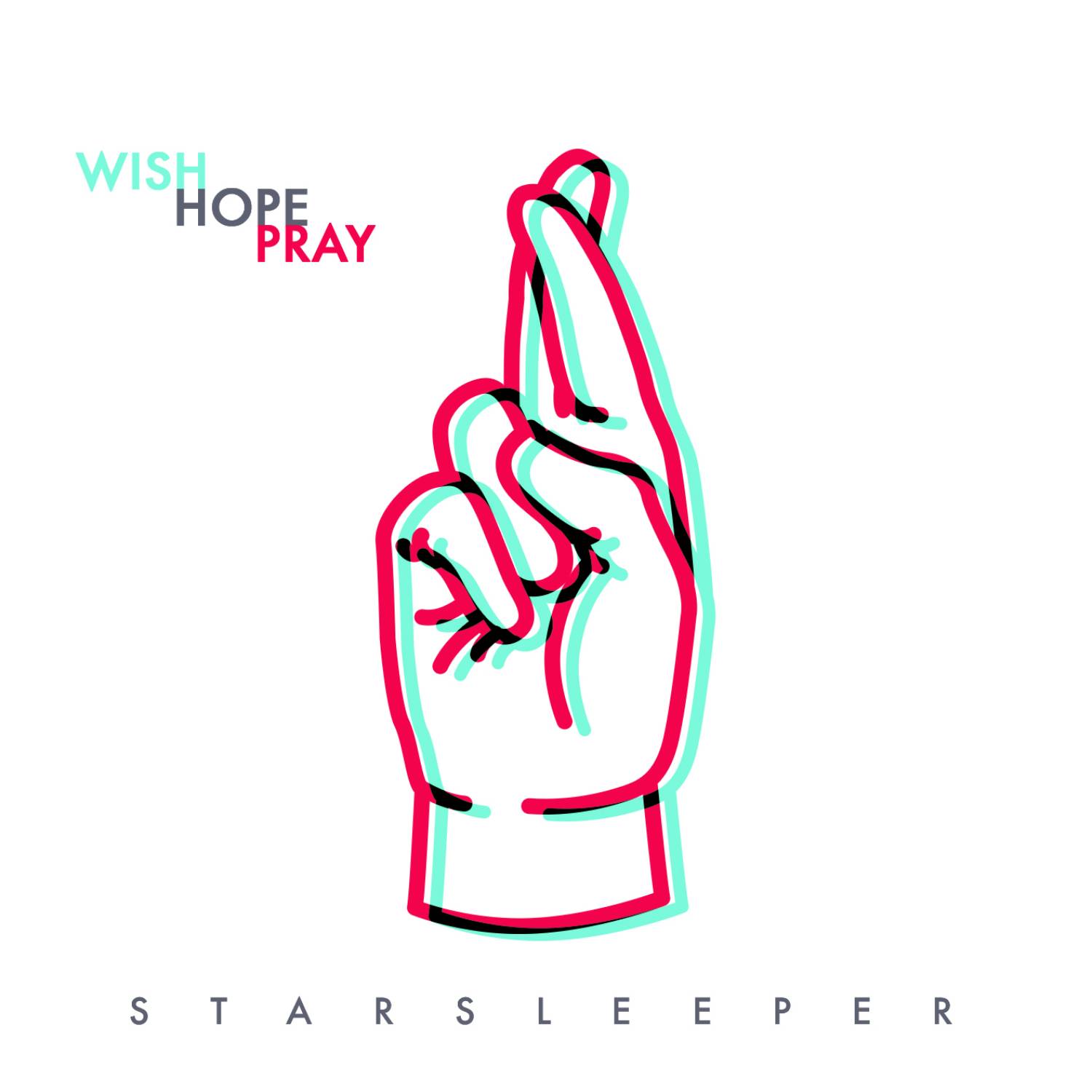 03. “Heat Death”
– “Heat Death” is probably the biggest deviation from our sound on this EP, but we kept it to expand the palate of our sound. The inspiration for the name “Heat Death” itself came from @Nihilist Arby’s… Something like, “The heat death of the universe is inevitable. Eat at Arby’s.” In subject matter, lyrics, and themes essentially all explore living a life without purpose. Reconciling your hopes, dreams, and aspirations in a cold, dead, and apathetic world! Either way, Heat Death really pushes the “rock” boundaries of our sound.

Side note: “Heat Death” was NOT the most fun song to record. There are something like 50 vocal layers in the chants. I was excited when we’d gotten that one done!

04. “Fire In My Stomach”
– “Fire In My Stomach” started accidentally. I was actually pre-producing a different track and looking for dirty clean tones when I’d stumbled upon an interesting delay patch. I just happened to accidentally leave the delay on while writing and it sparked the inspiration for the rhythm guitar part. In fact, the rhythm part in the intro is still the original take from the demo. The subject matter of this song is about creative frustration. I could not write lyrics for weeks when I was trying to write this song, and it frustrated me so bad I almost threw the entire record away and started over.

But we worked with it, and the actual frustration of writing became the focal point of the song. Any creator or artist knows what it’s like to be tortured by your own passions. One of the interesting textural details was we used a New Zealand “Haka” in the bridge, both to beef up intensity and to add passion. Look up a Haka if you get a chance. They’re emotive, intimidating, beautiful, and bittersweet.

For a deeper taste of Starsleeper, listen to the previously-released “This Is Supernatural:“

05. “Feel Good”
– One of my personal favourites on the new EP, “Feel Good” was mostly sketched out by our guitar player Matt. Though this tune has its fair share of struggles and frustration in the verse, this is our most “upbeat” song I’d say (thanks to the chorus). “Feel Good” is all about release… What are the things in your life that make you feel good and why does one go through all the trouble of chasing a passion/when it creates so much turmoil? What are the things in your life that you’d feel empty without?

Because by itself… life is hard. Like, really hard. People need to remind themselves that they deserve happiness and are supposed to have a good time. We spend too much time neglecting ourselves. And sometimes when life gets downright fucking pathetic, it’s almost impossible to see anything positively… But here’s to the pursuit of happiness.

06. “All Our Heroes Are Dead”
– “All Our Heroes Are Dead” is easily my favourite (and most of the dudes favorite Starsleeper tune). Musically, this tune got started when I’d stumbled on a sketch Paul and Bruce made in 2012. It was about 30 seconds long and had the main heavy verse riff in it. Everything sort of spun up from that over the course of a month. Full disclosure, I wrote the lyrics in the darkest days of my life. This particular tune was written around 3 am on New Years Day. I’d given up by this point and I’d resigned my life away. Everything I’d tirelessly chased, dreamt about, planned for, believed in and fought over had left me empty.

I was so depressed I just started writing a suicide note. By the time I was done writing, the note had turned into the opening lyrics. In poetic fashion, the thing that absolutely tortured me a the time, my frustration with music, was one of the things that distracted me enough to get me through my such deep depression. For me, “Heroes” is about forfeiture of self, the absence of hope, and the abandonment of dreams/goals/passions. Whether you’re atheist, agnostic, or religious, we all wish, hope, and pray. Fingers crossed. 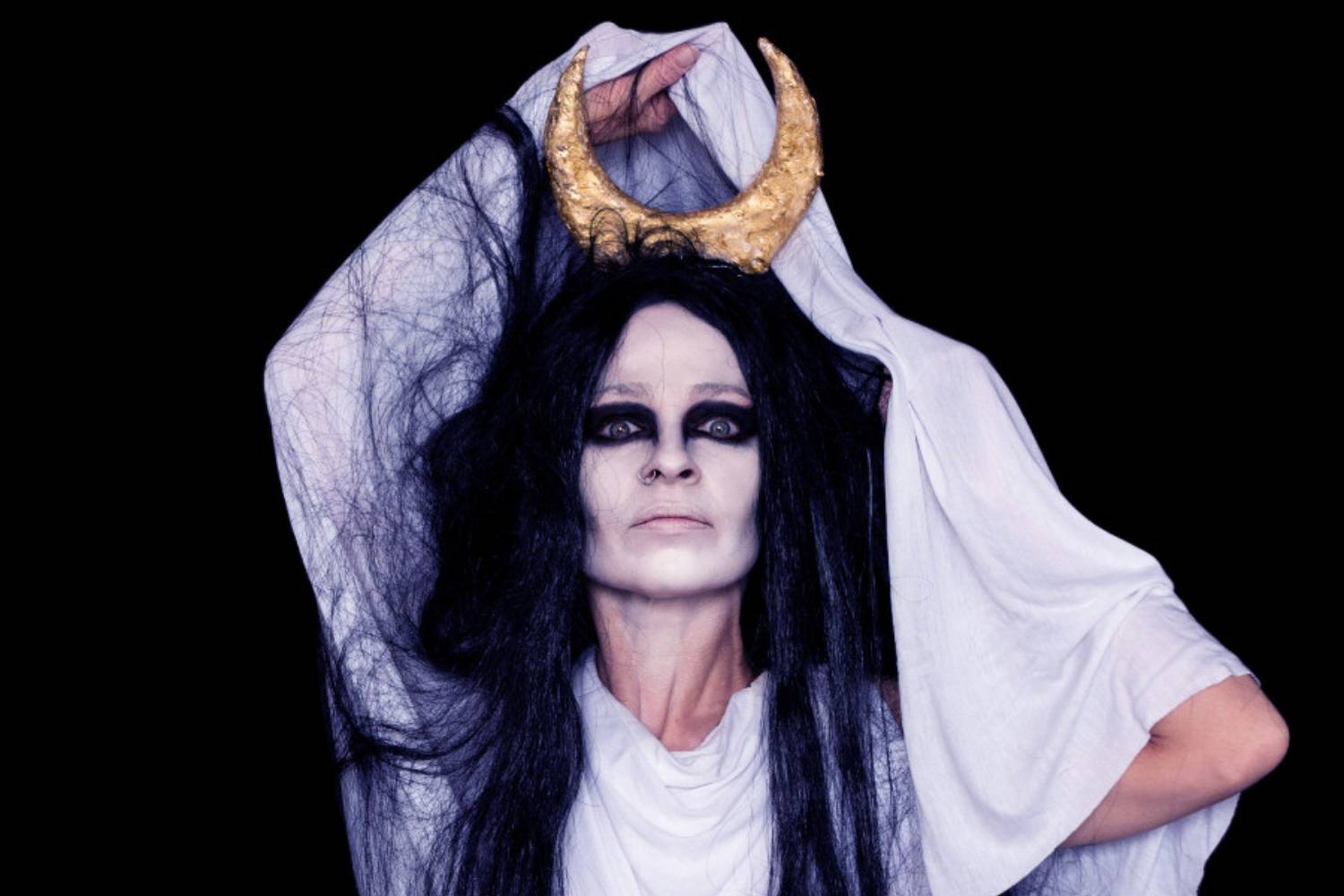 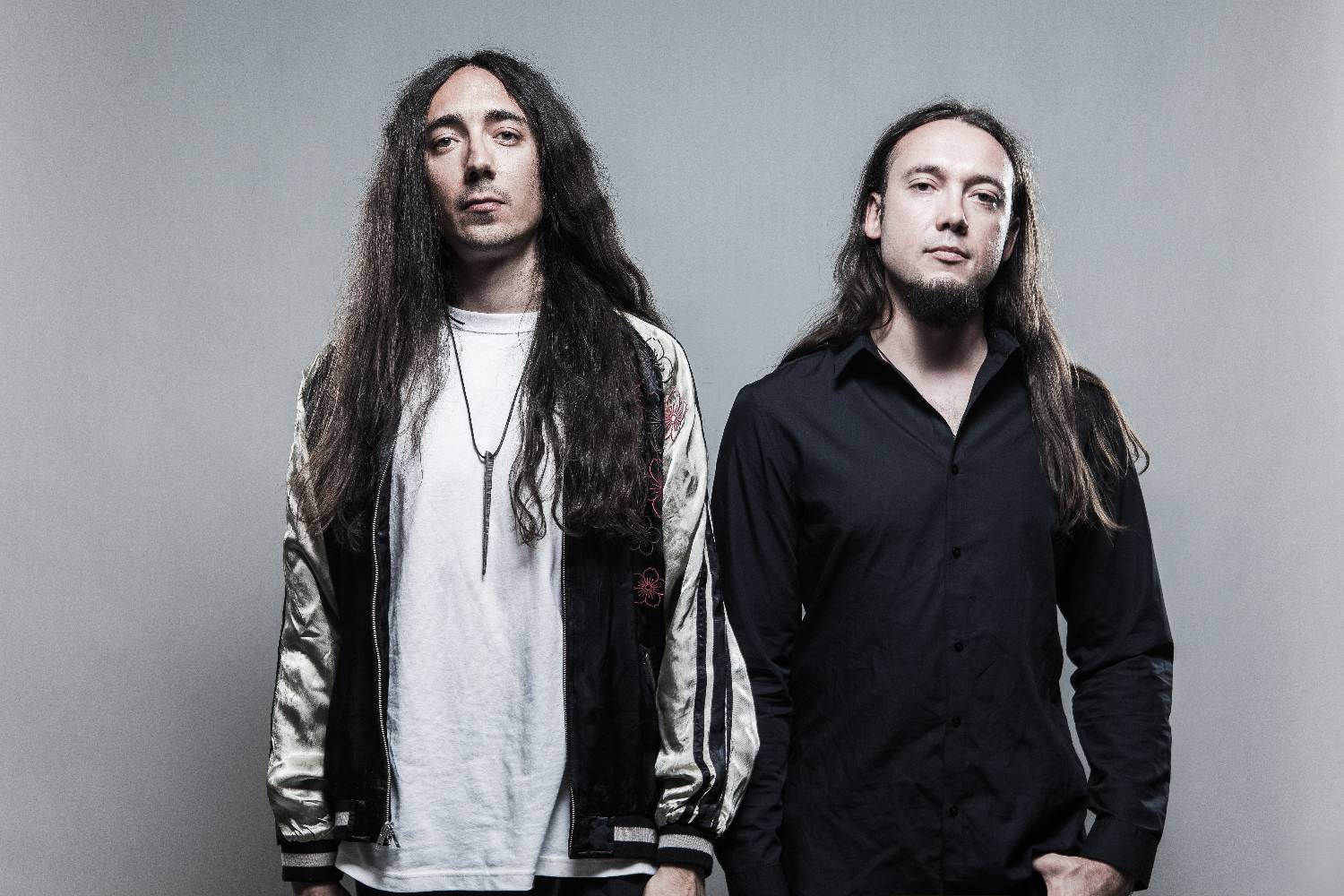