Hailing from the alt-rock capital of the U.S., Seattle group Deify are ready to blow your speakers (and hopefully not your ears) with their brand new music video for “She’s Gonna Use Me.” Powered by the brotherly tandem of Duncan and Jared Byargeon, Deify recently released their new record X (purchase now, as well as previous albums via CD Baby), a recording driven by an entire decade’s worth of collaborative creativity that’s been turned into full-out, balls-to-the-wall rock n’ roll.

X acts as a tribute to the history of big amps and massive drums that’s delivered completely and utterly unapologetically. When the time came for a new album, Duncan settled down for several months to begin tracking guitars and vocals over rough demos. As Duncan began to feel his way through the writing and recording process, Jared joined the fold and tracked all of the album’s drum parts in only one day. Despite the bleeding hands that resulted from that gruelling day, it was all worth it in the long run, as X ended up being exactly what the pair had envisioned. The rest of the recording was taken care of by the capable team of bassist Andrew Gemkow and bassist and acoustic guitarist R.L. Heyer.

Commenting on “She’s Gonna Use Me,” Duncan shed light on the origins from which the song came from:

“Man, I wish this song wasn’t so autobiographical. I wrote it back in college about a woman I was head-over-heels for. Long story short, we met right after we had both gotten out of long-term relationships and got really close. I told her how I felt and she led me to believe it was mutual. She then told me she wasn’t interested in a relationship. Duly noted! I was out. But then she’d tell my friends she didn’t understand why I wasn’t ‘making a move’ anymore. We’d have the ‘what are we’ conversation, she’d make it clear she didn’t want a relationship, and this confusing cycle continued ad nauseam. From the jump, my best friends were telling me I was getting used and to move on. I’d always agree, but as soon as she’d hit me up I was on the love train. It all finally came to a halt when we ‘officially’ went on a date, then she ‘accidentally’ sent me a picture of her with another guy later that night. Thus, the song ‘She’s Gonna Use Me’ was born.”

Listen to more from X with the track “Masquerade:”

Regarding the song’s music video, Duncan added, “For the video, we invited our best friends, including a bunch of Seattle artists, to a house party in our parents’ basement (the band rehearsal space) for my birthday and shot the storyline amid the controlled chaos. The goal of the video was to demonstrate a switch in perspective since the song was originally written, many years ago. Kate, our incredible leading lady, is simply exercising her agency at a party among friends. While it’s understandable that I’d be upset and confused, there’s clearly a really fun and exciting narrative taking place completely independent of me, which ought to be celebrated as well. The challenge was creating a work that effectively portrayed both experiences and perspectives. I feel this gives the song new life and meaning through the music video, whereas the recording alone is strictly my perspective at that moment in time.”

Lyrically speaking, X covers a broad range of topics and issues, but the overall theme is one of reflection. The album acts as an illustration of the last ten years that Duncan has shared with his brother Jared, the best music they’ve accomplished in that time, and all of the emotional moments they have encountered along the way. The album and the last decade wouldn’t have been possible without the brothers spending countless days and hours in their parents’ home in Bellevue, Washington where they learned how to make music. These fruitful jam sessions led to the release of two DIY albums, Between The Lines and The Masquerade. It was these releases that led to what would make up Deify’s live set and a local following began. That following has only expanded to now Deify being a full-fledged, full-time touring rock act that has now long left that suburban basement behind for greener pastures.

Deify’s third studio album X is out now. Check out the album artwork: 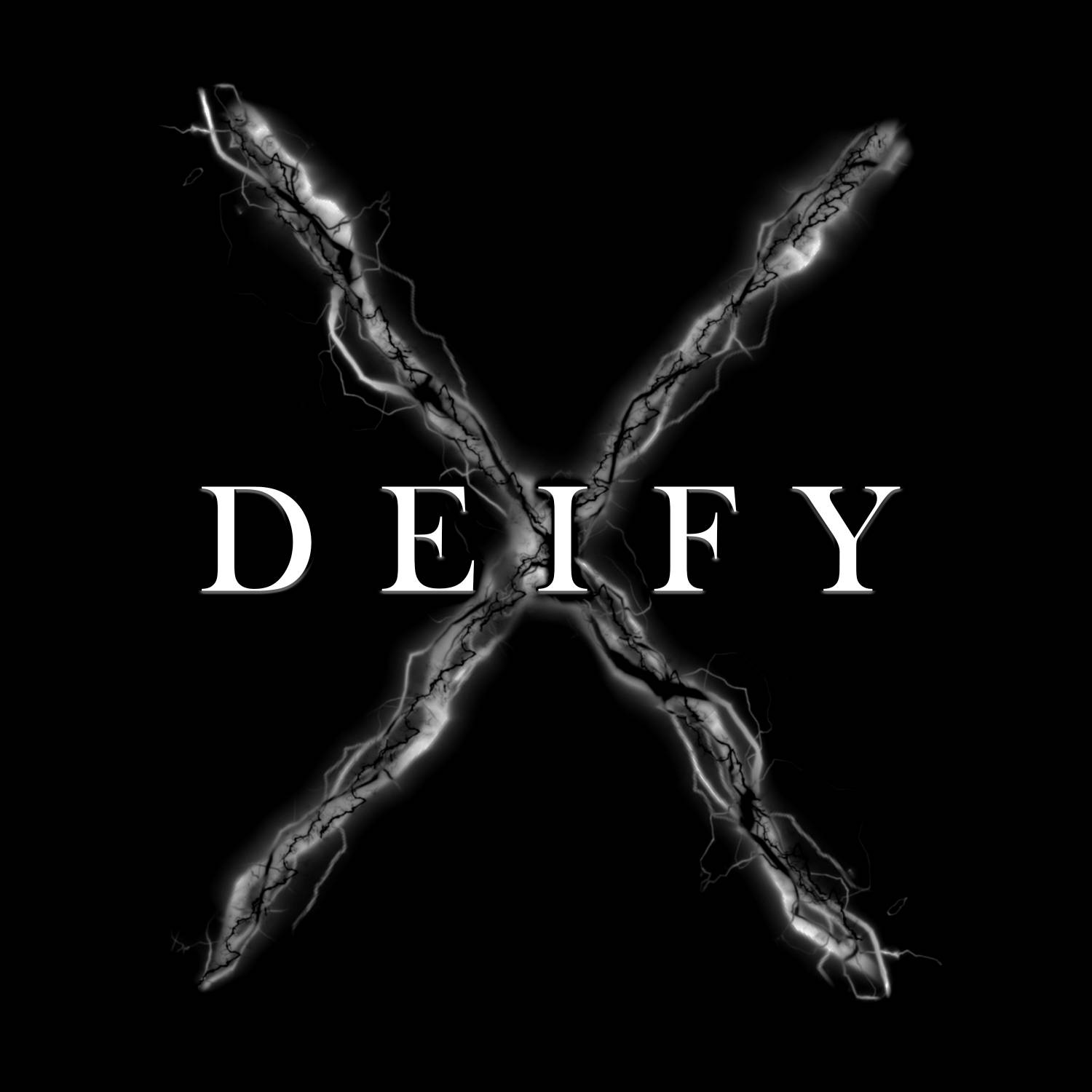