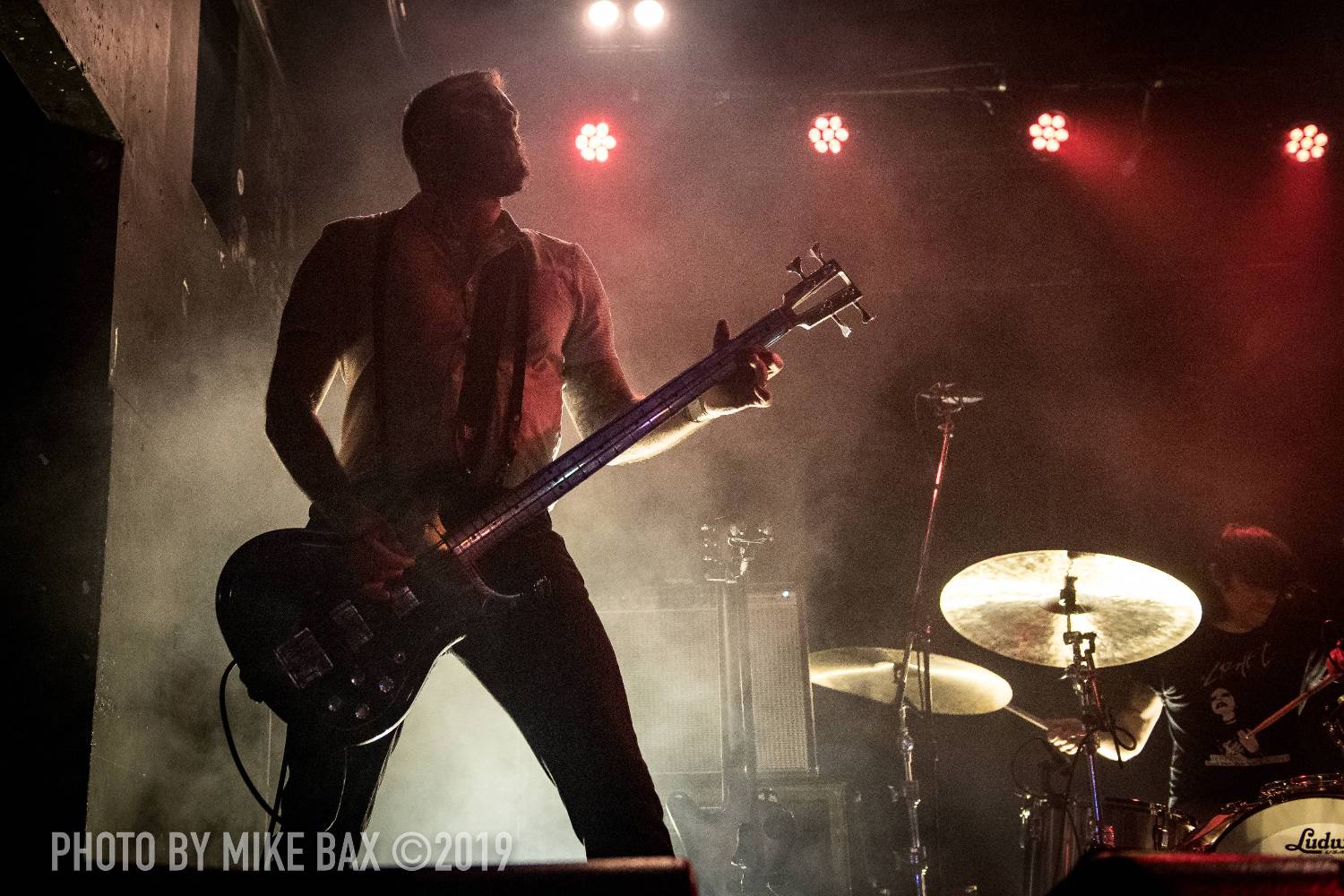 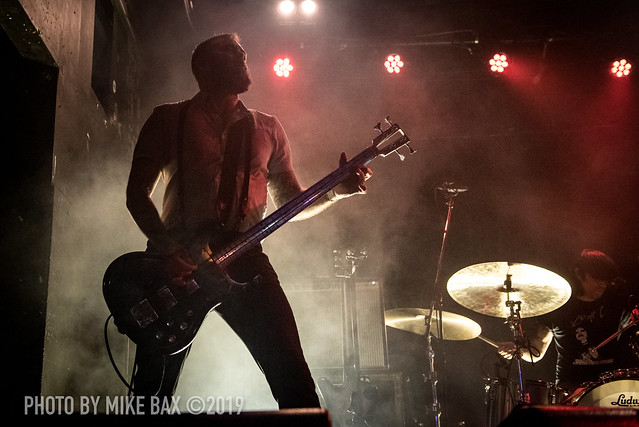 With seven albums to their name now, Russian Circles (Sargent House) rolled through Toronto on the weekend and played to a full house at Lee’s Palace. Windhand (Relapse Records) opened things up, performing six incredible songs lifting from their catalogue of full-length albums and split-EPs.

Some of Windhand’s songs can push past the ten-minute mark. Even so, their six-song performance felt like it ended too early. Presented under some dim lighting, Dorthia Cottrell (vocals), Garrett Morris (guitars), Ryan Wolfe (drums), and Parker Chandler (bass) turned up the volume and went right to work. They very quickly got the majority of the room swaying their heads along to their stylized doom-laden material. Cottrell has such an amazing howling voice; it’s always a pleasure to behold live, and tonight was no exception.

Russian Circles’ Mike Sullivan, Dave Turncrantz, and Brian Cook took the Lee’s Palace stage at 9:45 pm to “Hunter Moon,” the intro song on their latest release, Blood Year (2019, Sargent House). They played “Arluck,” “Milano,” and “Sinaia” from Blood Year as well, rounding out the rest of their performance with tracks from their back-catalogue. They went as far back as 2008 with “Harper Lewis” and show closer “Youngblood” from Station (2008, Suicide Squeeze) for their long-time fans.

Windhand get into some psychedelic territory with their “Grey Garden” music video:

Russian Circles’ show was extremely impressive, probably the best I’ve seen from them yet. Their stark lighting effectively amplified the mood and menace of the material they were performing. The show felt short but sweet. I could have done with another five or six songs, but what I got to see them play this evening kept me smiling. What’s that old showbiz saying? “Always leave ‘em wanting more?” Mission accomplished.