If you’re a dedicated follower of current rock music then there’s a good chance you’ve heard of Revelation Theory. And if you’re a dedicated follower of modern rock music, then you may be surprised to be hearing about the band again, considering the fact that the quartet decided to call it quits in 2017. Well, here we are in the fall of 2019 and it may be pleasantly surprising to hear that Revelation Theory, or Rev Theory, are back in a big way with a new incarnation of the group. Which brings us to the band’s brand new track, “Drop The Hammer” which introduces you to the new and evolved iteration of Rev Theory, rev 2.0. You can purchase and stream the song now, via various platforms here.

With a comment on the recently-released “Drop The Hammer,” Jülz commented, “We’re going to keep making Rev music because it’s fun as f#ck to make, and I think ‘Drop the Hammer’ is evident of that. It’s a very interesting time in the industry right now, artists have all the power to create and release in real time. We want to take full advantage of that to really dial in our relationship with our fans. Our goal moving forward, ‘make dope sh#t.‘” Well, it’s safe to say they have succeeded thus far in that regard!

“Hell Yeah!” Let’s take you back a full decade for the “Hell Yeah” music video, released in 2009:

Initially forming in 2002, Revelation Theory began, in of all places, in the basement of a Chinese restaurant in Long Island, New York. For the following decade, the band grinded their way through the American rock scene, gradually adding to their audience, while consistently releasing new music every two years or so. By around 2012, the grind started to wear down the group’s members and they began to drift apart, heading in separate directions. A few attempts to resurrect the group, plus the release of 2016’s The Revelation wasn’t enough to fuel the fire and they officially went on hiatus in 2017.

A couple of years have past and well, what do you know, but Rev Theory have sorted things out and returned with a new and revamped version of the band. Their plans going forward include showing different sides of their artistic abilities, some cinematic reminaginings, as well as future collaborations. Bassist and co-lead singer Matty McCloskey will be taking on most of the vocal duties with plans to release all new material through their own label, Five Mønkey Records. Whoever said rebooted acts are never as compelling as they were before? Clearly, Rev Theory are just a different breed of rock band.

“Drop The Hammer” is out now through Five Mønkey Records. View the official artwork: 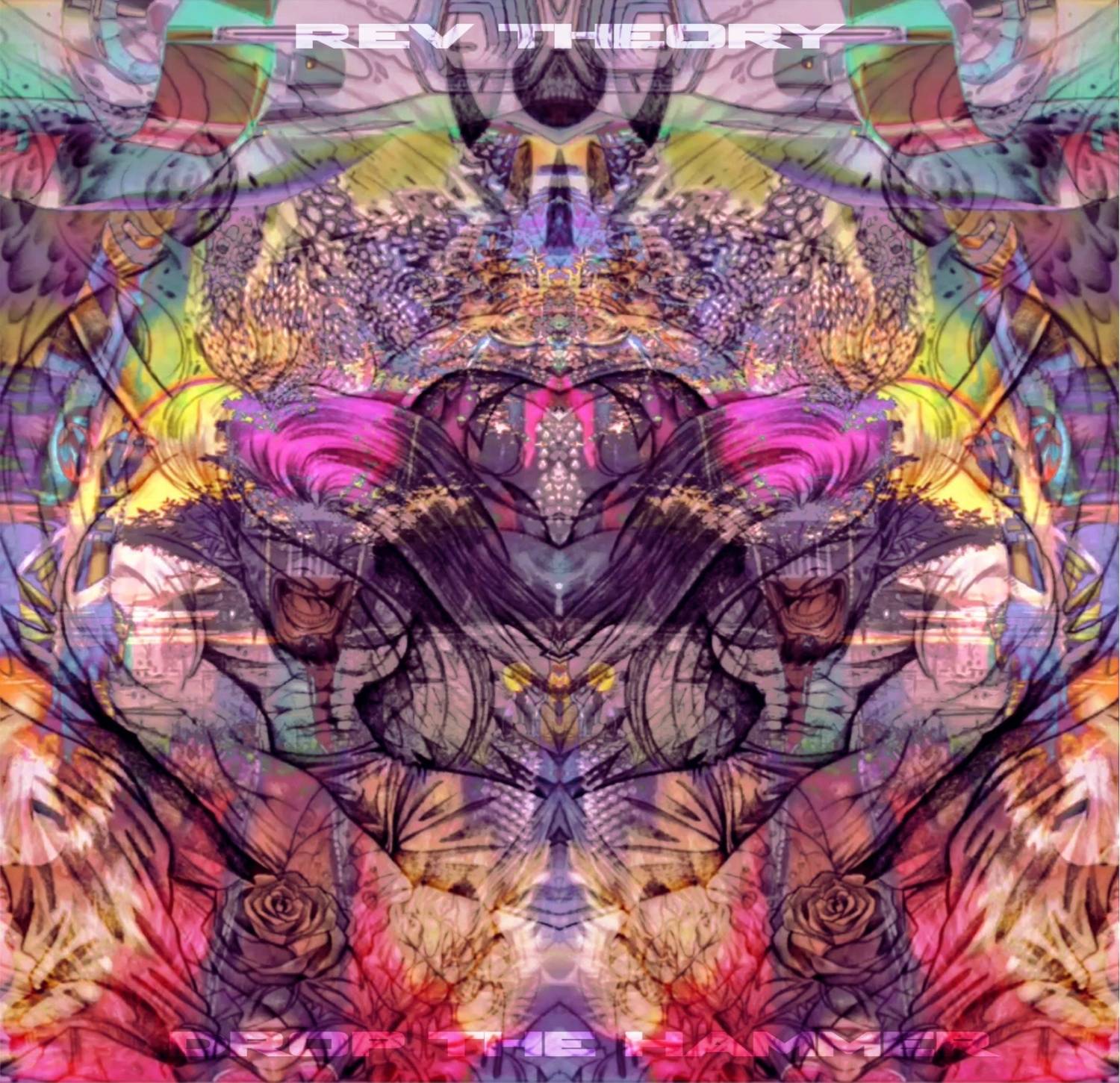