Indie pop group Tents have got the best ‘medicine’ for you; their brand new music video for the single “Cashmere.” Medicine happens to be the title of Tents’ sophomore record, due on October 11th via Badman Recording Company (pre-order that goodness on Badman’s official website). Although the group hails from Portland, Oregon, its sound is reminiscent of the indie pop coming out of the Northwestern United States, with hooks, production, and sensibilities that all mimic that particular style of indie.

Most of the album’s tracks were created along the lines of a soundtrack to videos that were created by band member Brian Hall. For instance, the track “Joy!” was written along to footage of Hall jumping into a kiddie pool as a child. Medicine travels between melancholy and resolve, sometimes full of joy and happiness, while at other times grief and pain-ridden. In a sense, it traverses the entire territory of modern life in which a person experiences everything from elation to deep sadness and different variations of everything in between. Ultimately, it presents the notion that life is full of beauty and meaning that we discover along the way.

With regards to “Cashmere” and its accompanying video, lead singer Brian Hall commented, “Danny Hebron is a mythical creature. A special ed teacher abiding in Northern California with his wife and two daughters. He goes by ‘Mr. Danny’ at school. Most of us are such grown-ups. He’s a grown-up that never lost his pension for laughter. We have so many fond memories of growing up in small-town Oregon. I have all this old footage from when we were kids on my dad’s camcorder. We decided it would be delightful to rework this old footage.” The music video was a collaboration that Hall did with the legendary animator, Ivan Vidovic.

See what we’re talking about with the ‘soundtrack to video’ concept of the recently-released music video for “Hutah!”

Although Brian Hall acts as something of the leader of Tents, he is joined by a diverse and helpful cast of band members, including his life partner Amy and brother Chris. They are joined by drummer Joe Greenets and bassist Matt Taylor, while Remi Aguilella also contributed drums to Medicine. The band has been quite active in Portland, as well as the entire west coast since and before the release of their 2018 debut record Deer Keeps Pace.

Tents is deliberately designed to be more than just a rock band, but an audiovisual experiment which explains why many of their songs are written as if they are soundtracks to videos. There are also several other video experiences to come after the proper release of Medicine. Tents will have you feeling jubilant, but also fragile and delicate. It’s just who they are and what they represent. Music should be an experience in emotion and that’s exactly why Tents are a band you should pay very close attention to.

Check out the artwork for Tents’ sophomore record Medicine: 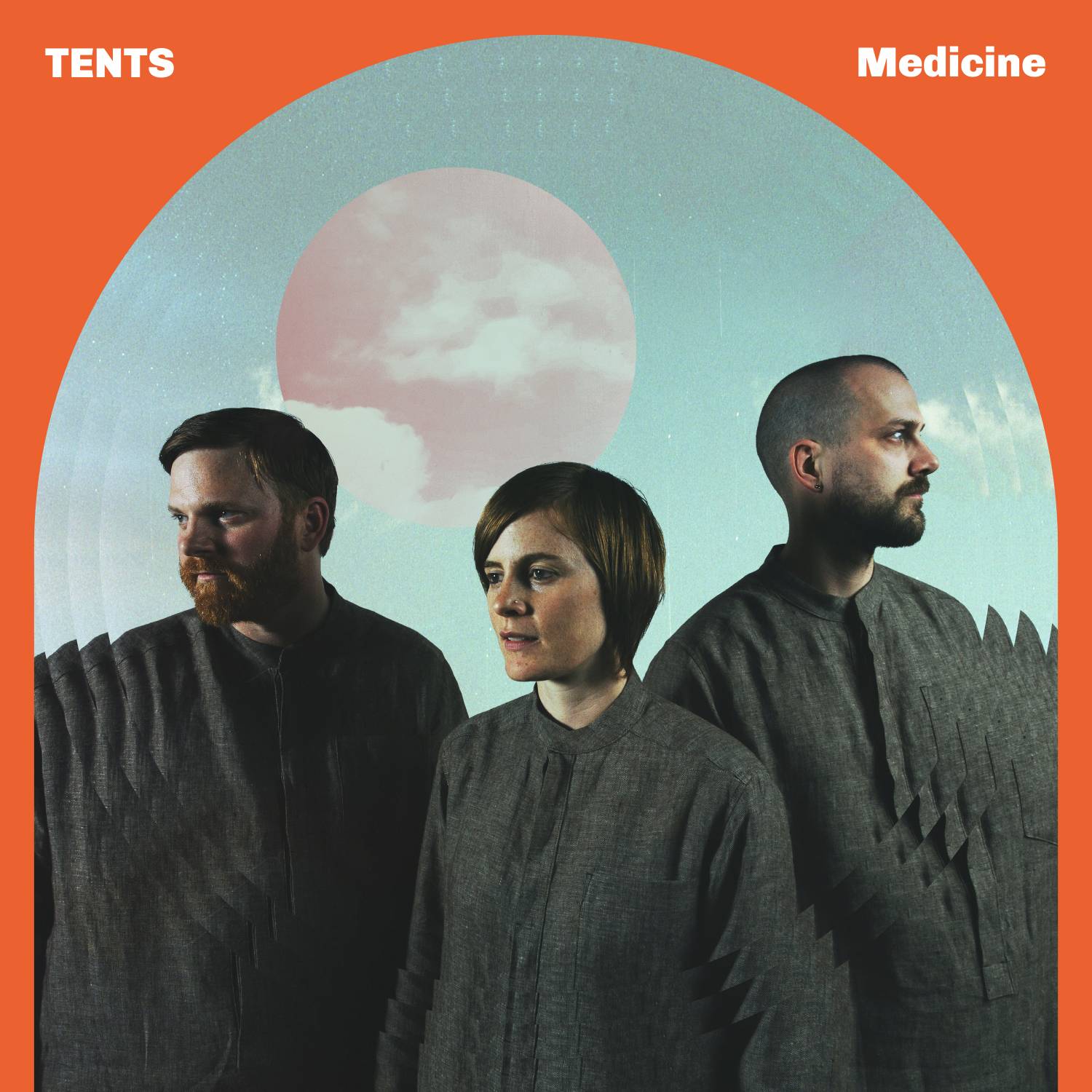